“God of War Ragnarok” has been out for more than a week, but that doesn’t stop Sony Santa Monica from making further improvements. Patch 1.03 is available for download. The changelog provides details. 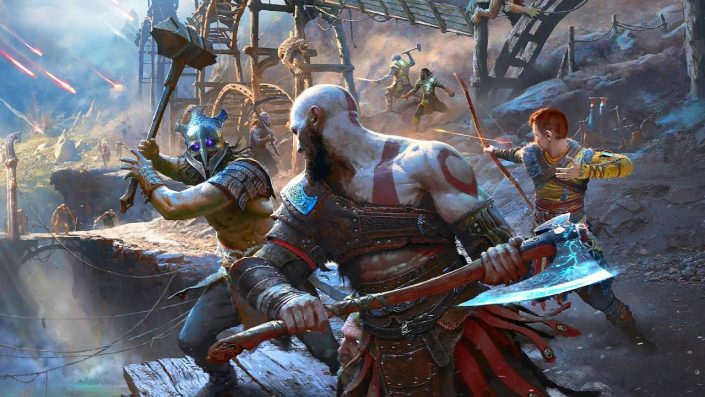 Santa Monica Studio has released a new update for God of War Ragnarok. Patch number 2.03 (or 2.003.000) does not add any new content. Instead, the update focuses on stability and performance improvements as well as bug fixes.

This includes an issue in a quest where players could get stuck in the caves. The changelog provides more details.

Fixed a case where players could get stuck in the caves during The Lost Sanctum quest.

An elsewhere It is reported that update 2.03 of God of War Ragnarök brought further improvements. This includes fixing crashing and loading issues. Added to this were an AI adjustment, improvements to scenes that could cause stuttering, and other minor tweaks.

“God of War Ragnarök” is one of the biggest releases of the year and immediately topped the charts in various countries, including in the UK.

God of War Ragnarök was released for PS4 and PS5 last week. You can find more details about the game and our assessment of the latest Kratos adventure in our God of War Ragnarok Review.

Shown another monster from the shooter Evil West - Infected Proteus

Nvidia's GeForce RTX 4080 cards are not in great demand: still in stock

Black Friday PlayStation: the best PS4 and PS5 games to buy at a discount

These games are now banned on Twitch, streamers take refuge on a controversial platform