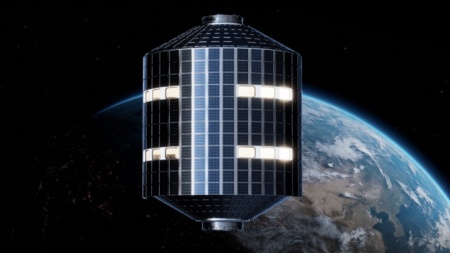 The main offer of Gravitics will be the StarMax module, from which, like Lego parts, future space stations can be “composed”.

In 2030, NASA plans to disable the International Space Station, and then to flood it in the Pacific Ocean. The ISS will be replaced by several commercial stations, which in turn will need subcontractors to supply the necessary equipment.

It is precisely such equipment that the space startup Gravitics, which is headed by space industry veteran Colin Dogan, plans to build. He worked for almost 20 years at Lockheed Martin as a senior financial manager and worked on large satellite constellations for government clients. Colin also co-founded Altius Space Machines, which was eventually acquired by Voyager Space in 2019.

Colin Dogan carefully studied proposals for the construction of stations and, in the end, realized that he could be useful in this market as well. 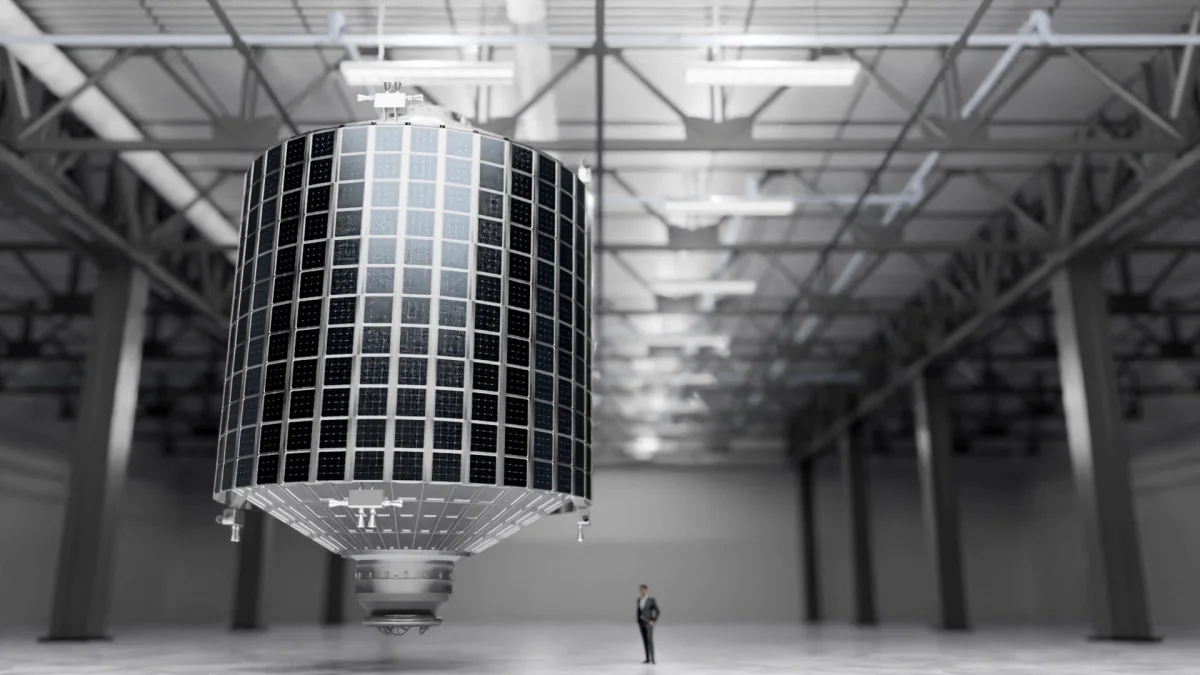 The space industry is now on the verge of a revolution. Launch costs, which have fallen sharply over the past five years, will continue to decline as heavy rockets such as SpaceX’s Starship and Relativity’s Terran R enter service.

“We are betting on reducing launch costs. We are betting that Starship will revolutionize the industry,” says Type One founding partner and board member of Gravitics Tarek Waked.

The Gravitics team is attracted not only by the ability of Starship to lift large loads. They see it as the potential to send many more people into space – people who now have nowhere to stay there.

“There is no infrastructure where these people could go, and even if we built it today, there would be no modular or cost-effective way to put so much infrastructure into orbit. This is where Gravitics comes into play,” Waked says.

NASA will operate the ISS until the end of 2030. After that, it will be sunk in the most inland part of the Pacific Ocean, known as Point Nemo. The NASA report says that the savings from moving from the ISS to commercial platforms as a place for collaboration and scientific research is estimated at about $1.3 billion in 2031 and will increase to $1.8 billion by 2033.

Gravitics, in turn, does not plan to compete with these firms, but wants to cooperate and become their main supplier.

Dogan says he expects significant demand for the product in the second half of the decade as carriers begin their initial developments. In addition, Gravitics is looking to meet the ongoing needs of the stations once they are operational, as well as the organic demand that the company expects will come from launch costs for cargo and crew.

StarMax’s modular units are huge: the model featured on the company’s website is almost 8 meters in diameter and has an internal usable volume of 400 cubic meters (nearly half that of the International Space Station). Gravitics positions these modules as the basic unit for creating the necessary conditions for life and work in space. 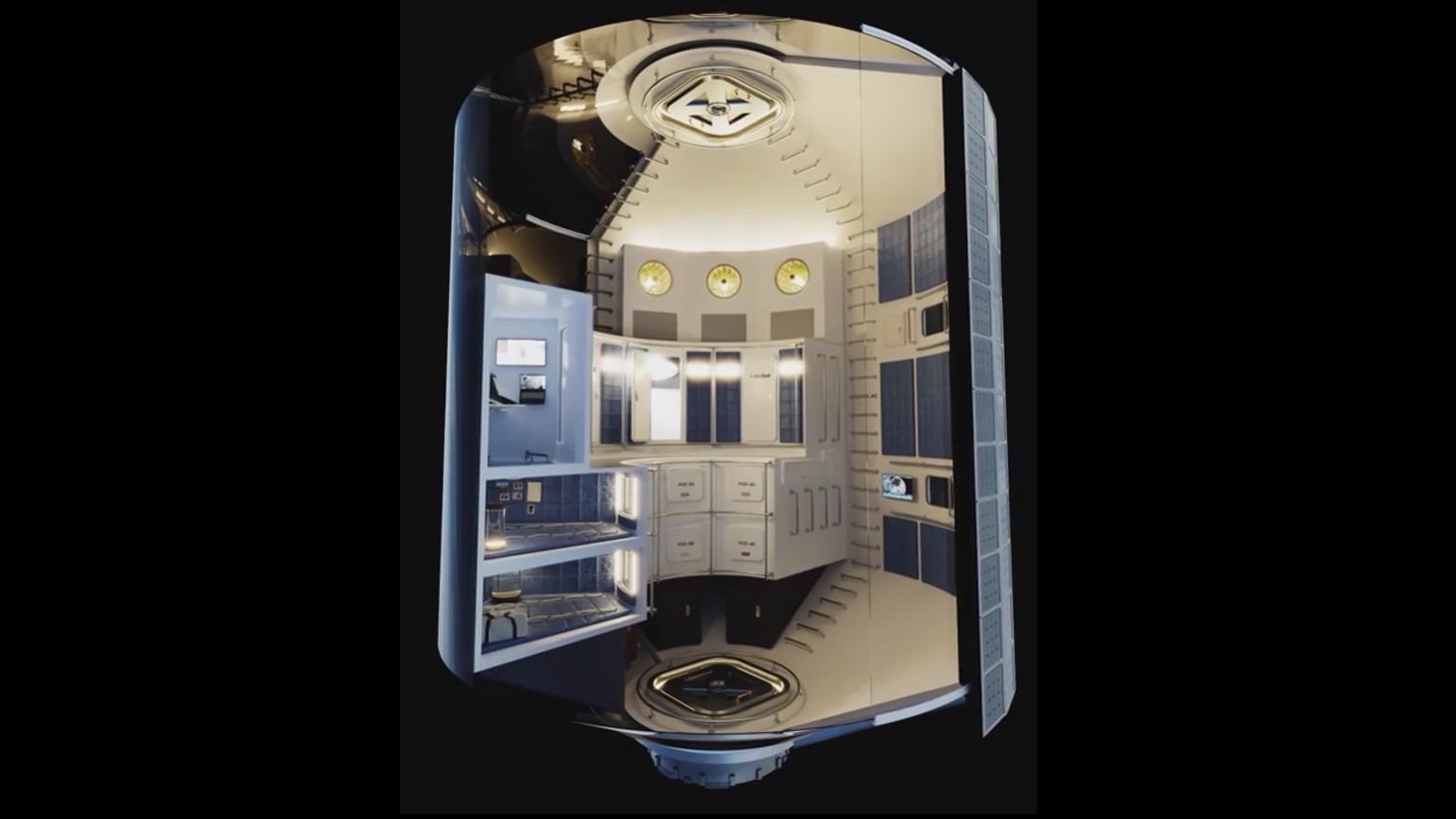 StarMax will have power and propulsion on board for delivery and docking (for this, the company has already appointed former Virgin Orbit senior director of propulsion Scott McLean to the position of development director). 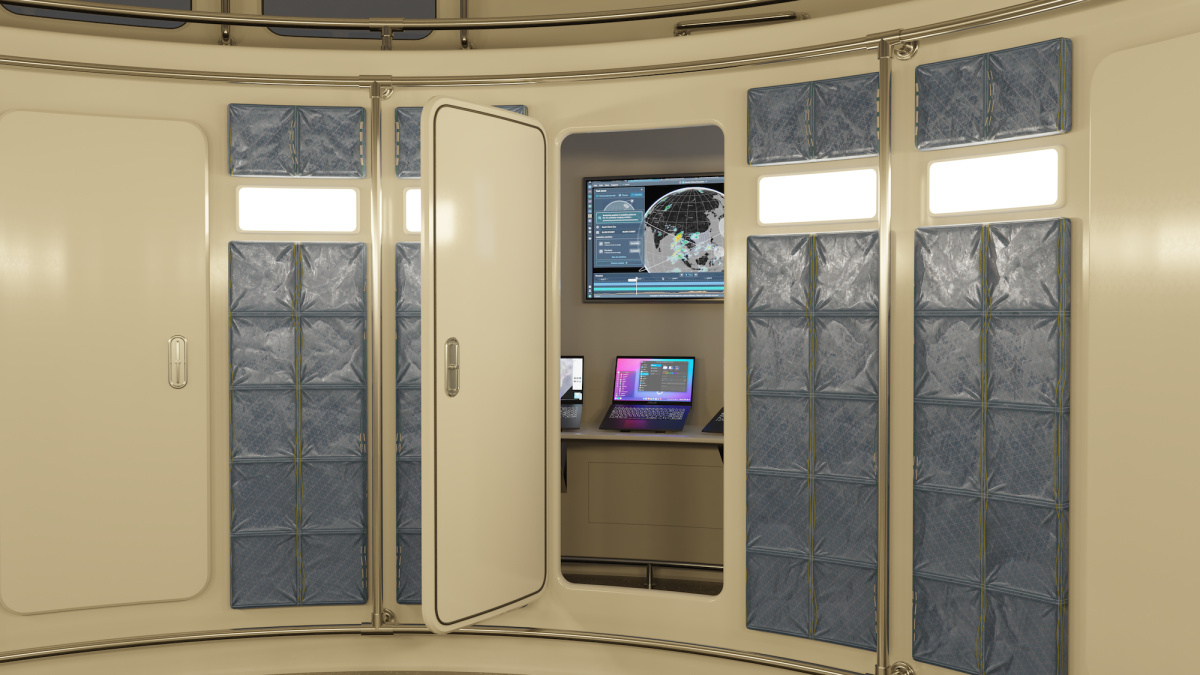 What the economy in low Earth orbit will eventually look like is anyone’s guess, and outwardly, it seems that StarMax’s emphasis on scalability in design (the module has docking ports at both ends) is also an insurance against the uncertain timeframe of the space industry.

But it also makes sense from a market standpoint: Gravitics would be able to sell the StarMax module to organizations that might want to use it for free flight, or to an operator offering short or long stays on stations.

Despite all the talk about Starship, the company is counting on more than just SpaceX rockets. The StarMax module suite will be designed to be compatible with other next-generation launch vehicles such as United Launch Alliance’s Vulcan and Blue Origin’s New Glenn.

Gravitics is yet to say how much one StarMax could cost, but Dugan says the module will be “competitive” for an agreement between Axiom Space and Thales Alenia to build two station modules for $54 million each.

The company recently opened a 3,900-square-meter plant north of Seattle, where it has already begun building prototypes and preparing for the first pressure test of the modules early next year. Gravitics is also in talks with development teams in Florida to build a larger manufacturing and integration facility directly adjacent to the customer base at Kennedy Space Center.

In addition to these physical premises, the company will also use the funds from the seed round to develop its team. Notable talent has already been enlisted, such as McLean and Bill Tandy, former architect and chief engineer of Orbital Reef.

A pressure test in the first quarter of next year is the first step towards testing StarMax in orbit, although Dugan declined to provide any details on a timeline. But it’s safe to say the startup is moving fast – as are all companies hoping to operate the next generation of space stations.

NASA officials have made it clear that they don’t want strife between space stations, and they are willing to help fund businesses to ensure a strong American presence in orbit. To keep up with this pace, Gravitics is already accepting pre-orders for delivery in 2026.

Trade-in in World of Tanks 2022: when will the list of vehicles be available