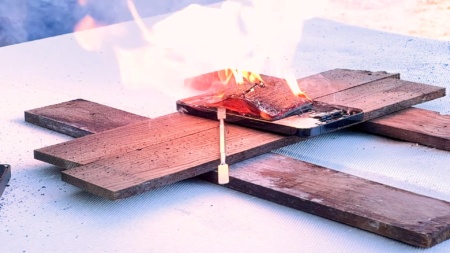 iFixit specialists have published a new video in which they “mock” smartphone batteries.

Batteries were pierced with a metal knife and “shot” with a nail gun. What for? Despite the high-profile examples of battery explosions that appear in the news from time to time, modern lithium-ion batteries are generally safe if the necessary rules for use are followed. And iFixit undertook to prove it.

First tip from technical writer team leader Arthur Shi and demolition specialist Shahram Mokhtari always discharge the battery to less than 25% before dismantling or repair. While a bulging battery is the most obvious sign that something is wrong with it, it is actually the amount of charge a battery holds that determines whether a short circuit can create enough heat to start a fire or explosion.

Shea and Mokhtari pricked several batteries with a special knife to see which ones would explode. The low battery of the iPhone 12 Pro Max released some smoke and small sparks. The same model caught fire when damaged when fully charged. 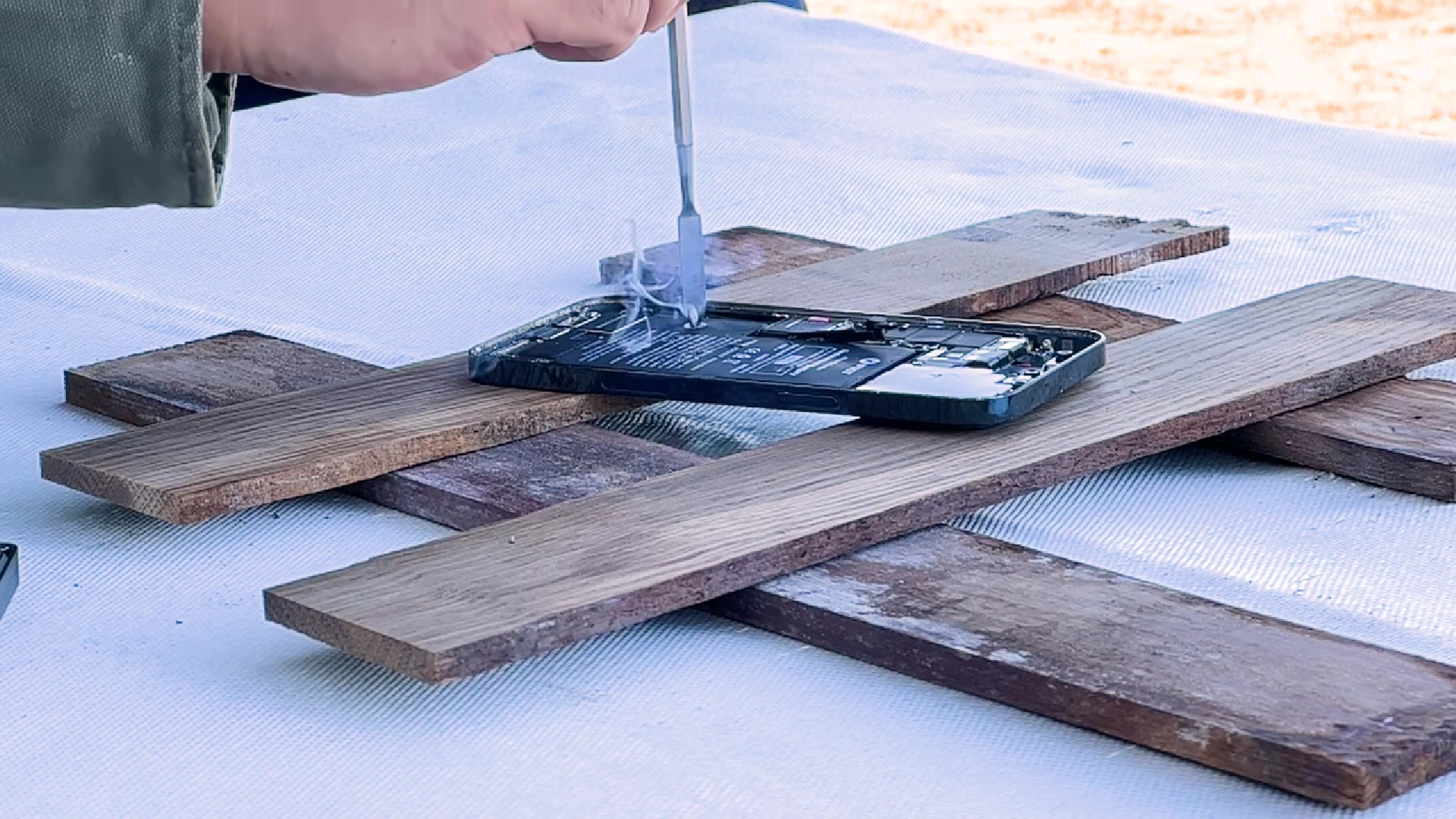 “Remember, they were identical batteries. The only difference between them was the state of charge,” explains Arthur Shi.

iFixit also advised when removing the battery, use a non-conductive plastic spatula, instead of metal, to reduce the risk of punctures and short circuits. And also urged manufacturers not to stick batteries in their devicesto make disassembly and repair more safe.

The iFixit video comes just over a month after tech YouTuber Arun Maini (Mrwhosetheboss) drew attention to the fact that many Samsung phones in his collection had swollen batteries after being left unused on a shelf for several years.

Not a single other brand has 🤔 pic.twitter.com/LI6Qrz8xSv

The iFixit video doesn’t address Miney’s report directly, but notes that these batteries are not necessarily dangerous if you dispose of them properly and don’t attempt to charge or use them.

They ran away at night. AFU regained control over a key settlement

If he hadn’t bought an Apple Watch Series 8, he would be dead. Suddenly, Tim Cook answers him.