Firaxis Games’ new tactical RPG “Marvel’s Midnight Suns” will be released on December 2nd. A few weeks before the launch, we were able to ask the leading developers our questions about the game, the card system used or the role of Marvel Entertainment in a video interview, and we received some exciting answers.

After we were able to play “Marvel’s Midnight Suns” extensively on site in the USA at developer Firaxis Games in June of this year, we now had the opportunity, exclusively for Switzerland, to ask the developers about the game again in an interview. Specifically, we were able to interview creative director Jake Solomon, who previously held this role on the tactical RPG hits “Xcom: Enemy Unknown” and its follow-up “Xcom 2”, as well as senior franchise producer Garth De Angelis. Among other things, it is about the partially randomized card system used in the game, with which the players activate the active and passive hero abilities in the turn-based battles. Especially in connection with this, we are looking into the game balance and clarifying whether genre and “Xcom” veterans will feel sufficiently challenged – after all, we found the preview version at the event near Baltimore to be far too easy. 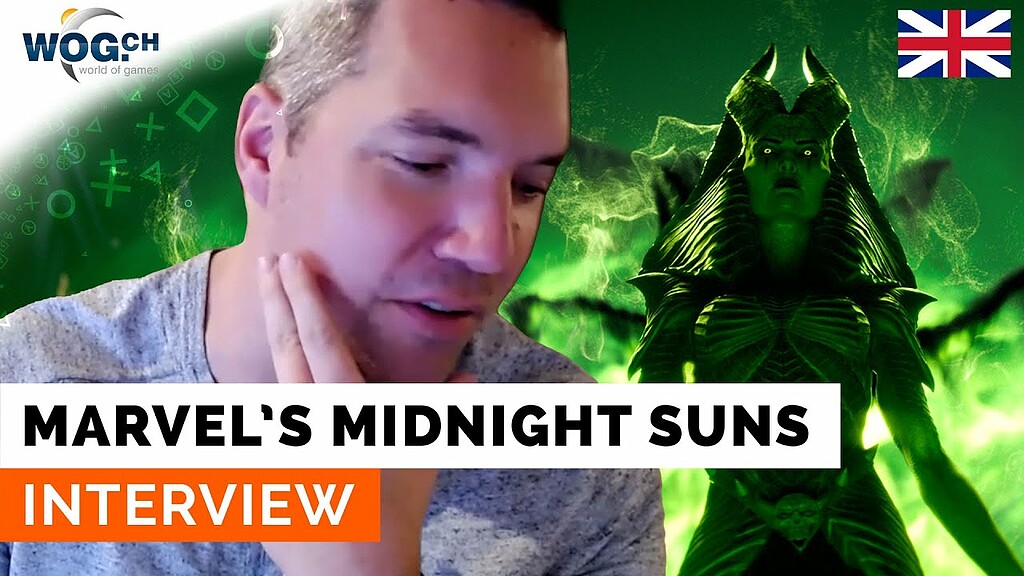 Another theme is the Hunter, the game’s male or female hero, designed specifically for the game. Can he or she even get along with well-known superheroes like Blade, Dr. Keep up with Strange or Iron Man? Maybe the Hunter even has what it takes to become an integral part of the Marvel Universe? Of course, we also ask Solomon and De Angelis what role licensor Marvel Entertainment played in the development. Did the comic company get involved or did Firaxis Games give everyone creative freedom? You can find out the answers to these and other questions in the above (?) embedded English-language video interview. Incidentally, Firaxis Games assured us once again that there will be no microtransactions that will distort the game balance in any way, i.e. there will be no cards that can be bought with real money that you can use to gain an unfair advantage within the campaign or for the multiplayer part can.

If you want to know more about our impressions of “Marvel’s Midnight Suns” so far, our preview report and preview video are available here. The test version is already available to us. Shortly before the release of the game on December 2nd for PC, PlayStation 5 and Xbox Series X|S (the versions for PS4 and Xbox One are not expected to appear until spring 2023), we will tell you whether our predominantly positive impressions will be confirmed or whether “Midnight Suns” revealed previously undreamt-of weaknesses on the home stretch.

If you’re already keen to get your hands on a copy of the tactical RPG, remember that you can pre-order Marvel’s Midnight Suns with free shipping from our partner shop WOG. If you use the partner link, you can also do something good for your favorite magazine at no extra charge.

But now: Have fun watching the video interview!**

Became very popular "survivor" Raft will be released on consoles

Samsung: Here comes the successor to the Galaxy A53 with few updates that can disappoint