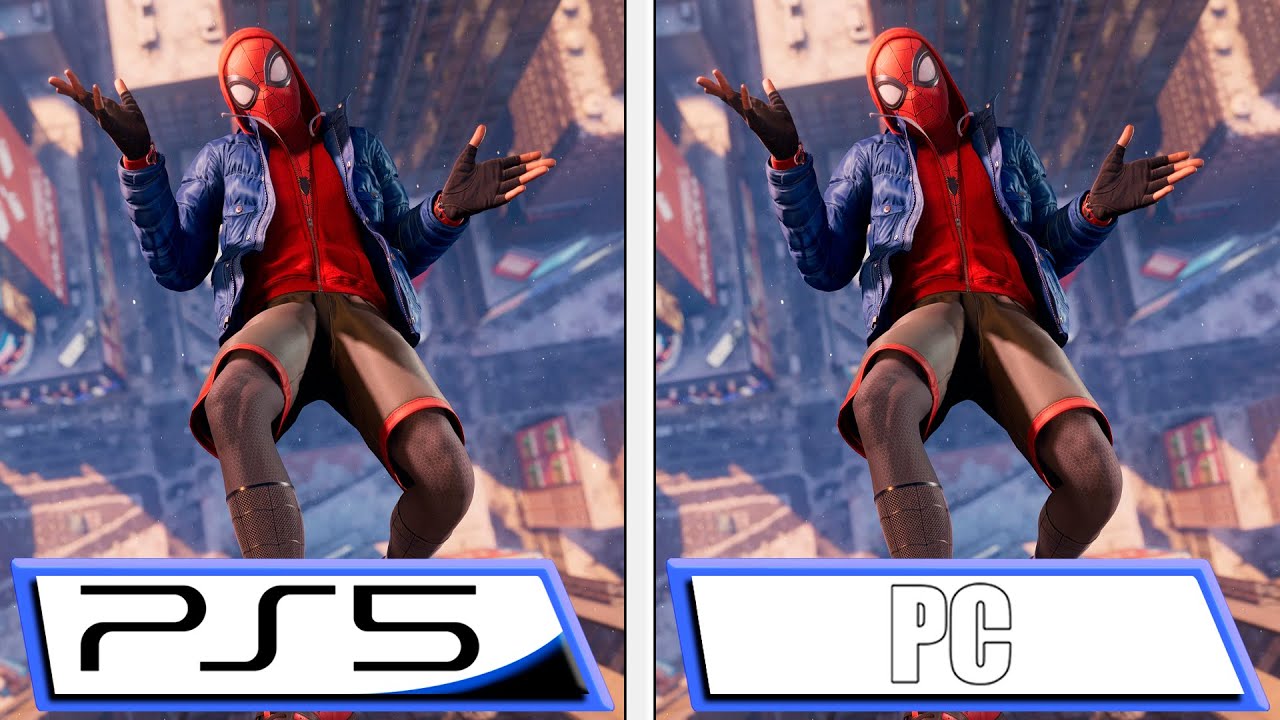 Since yesterday, Marvel’s Spider-Man Miles Morales has become available on PC, and in honor of this event, ElAnalistaDeBits has published a video comparing the PC version and the PS5 version.

For testing, the blogger used a configuration with an i9 12900K, 32 GB of RAM and Nvidia RTX 3080 and 4080 graphics cards. Obviously, better performance than the PS5 version is possible on a PC if you have the appropriate hardware.

According to his analysis, the PC version of Marvel’s Spider-Man Miles Morales supports ray tracing for reflections and shadows, while the PS5 only supports ray tracing. In his opinion, ray tracing for shadows provides more accurate rendering and better ambient occlusion. However, since there is no real day/night cycle in the game, ElAnalistaDeBits believes that even standard shadows give a very good result in any case. On the other hand, ray tracing for reflections on PC shows some issues with certain textures, but this is a bug that can be fixed soon.

Overall, the PC port of Marvel’s Spider-Man Miles Morales is acceptable, according to ElAnalistaDeBits, but it will require patches to fix some of the previously mentioned aspects to make it perfect.

Play Modern Warfare 2 as a pacifist? It's absurd, but doable

Assassin's Creed Valhalla: The Final Chapter will be released in December

Pokémon Scarlet and Violet: Pikachu with the Flying theratype available, how to get it

XboxDynasty: Raffle: We are giving away 10x Animal Shelter Simulator