Resident Evil 4 Remake: Will It Have In-Game Purchases For The ESRB, Multiplayer Confirmed?

The ESRB has updated the classification of the remake di Resident Evil 4signaling that there will be gods in the game optional in-game purchaseswhich might suggest the presence of one multiplayer mode of some kind.

In fact, the page dedicated to Capcom’s survival horror of the US rating board reports the presence of “In-game purchases”, without however adding further information on the matter.

Obviously we are talking about simple assumptions, there is nothing concrete at the moment. We just have to wait for possible announcements in this regard, which perhaps could arrive during The Game Awards 2022 on December 9 or on the occasion of a Resident Evil Showcase. 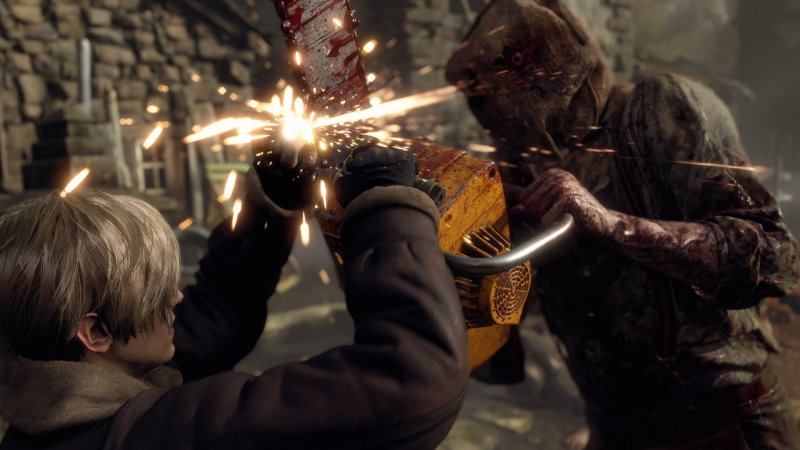 Resident Evil 4 Remake, Leon grapples with an enemy armed with a chainsaw

In the meantime we read the summary of ESRB describing the remake of Resident Evil 4 confirming the presence of numerous violent scenes and rivers of blood. It is no coincidence that the game has been classified as “Mature”, i.e. suitable for players over 17 years of age. However, there are some oversights by the editors of the page, who define Los Ganados and the other humanoid enemies of the game infected by the Plaga parasite as “zombies”.

“This is a survival horror game where players take on the role of a government agent (Leon Kennedy) tasked with rescuing a character from a religious cult,” reads the ESRB synopsis.”

From a third-person perspective, players explore a rural environment as they search for clues and battle zombies and mutated creatures. Players use pistols, machine guns, shotguns, and explosives to eliminate enemy creatures in fast-paced combat. Some weapons/attacks result in decapitation and/or dismemberment of enemies, along with large splashes of blood. Enemy attacks (e.g. chainsaws and tentacles) can also cause Leon to be decapitated, exploded, or impaled. Eviscerated animals and mutilated corpses are present in some environments The words “fuck” and “shit” appear in the game.”

We remind you that Resident Evil 4 Remake will be available from March 24, 2023 on PS5, PS4, Xbox Series X|S, Xbox One and PC. This latest version will be protected by Denuvo.

Hogwarts Legacy: How to live a story worthy of Harry Potter without precious companions? Warner Bros reveals them!

Cuphead, that’s why enemies don’t have a health bar