Black Week has already started at Rue du Commerce, which has just launched a wave of promotions on many laptops and video game-oriented peripherals. Whether you are looking to change machines or simply improve your configuration, there is bound to be a good plan for you. 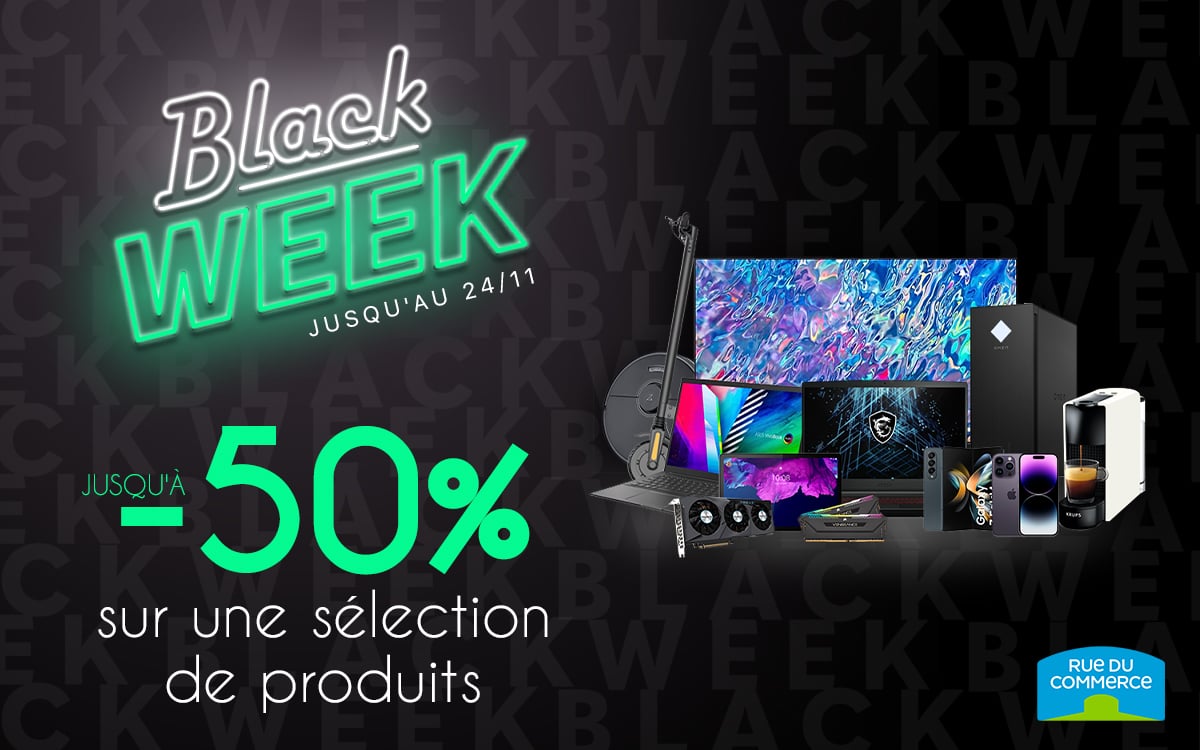 It is quite rare to see the price of high-end gaming laptops drop, even during Black Friday. This is however the case with the 2022 version of MSI’s Katana GF76. This machine is undoubtedly the best equipped of this selection. It features a 12th generation Intel Core i7 processor associated with 32 GB of RAM. Even better, the graphics card is a GeForce RTX 3070 Ti, one of the best power-to-price ratios around. 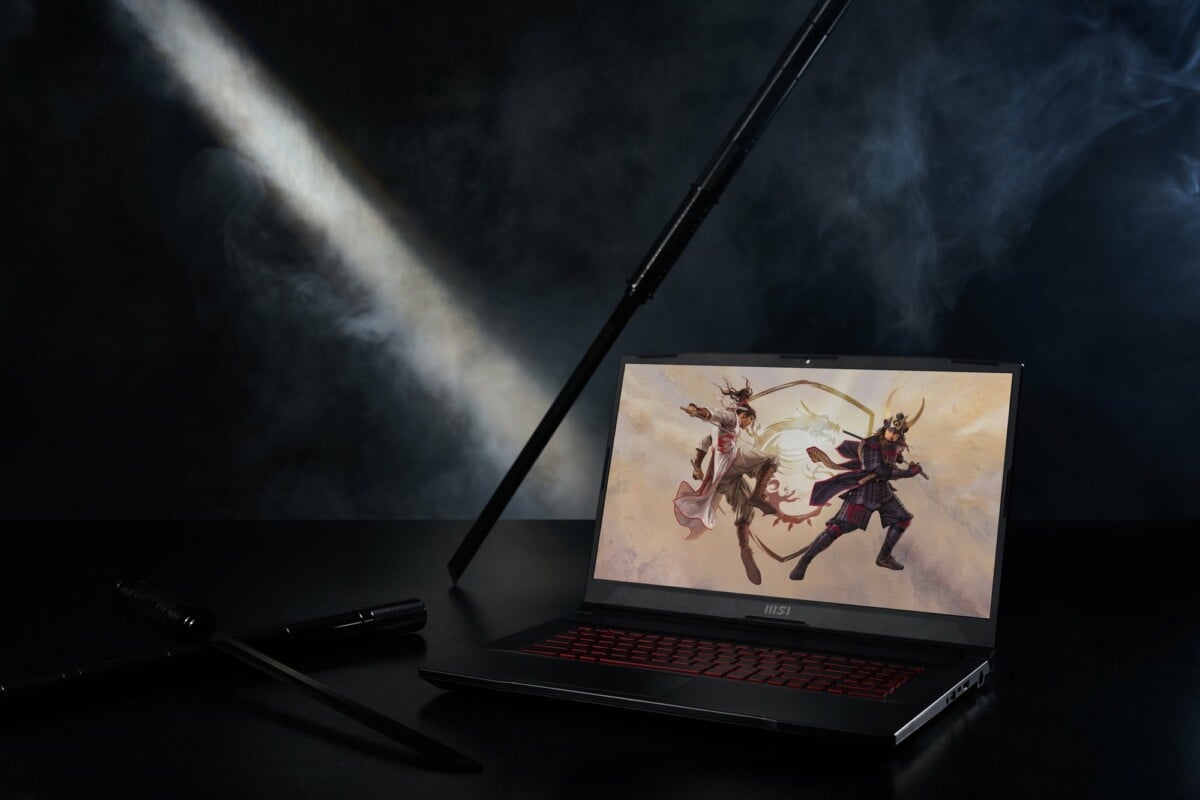 A configuration that is able to run any recent game at 144 FPS without any problem on the 17-inch screen (Full HD) of this PC. To take full advantage of all these components, we still advise you to connect this PC to an external screen. With its HDMI 2.0 socket and its well-stocked connectors (1 USB-A 3.0 port, 1 USB-C 3.2 port, 1 Ethernet port and a Jack socket), it is quite possible.

For Black Friday, the Katana GF76 sees its price drop to only 1599.99 euros. A nice reduction of 400 euros compared to its usual price. Be careful though: the computer is sold without OS. Remember to take a Windows key at the same time as the PC.

No more than 1500 euros for your laptop gamer? You’re right, it’s usually the right price to find good performance with perfectly acceptable compromises. Compromises, this TUF Gaming F17 does little: its M.2 SSD drive is only 512 GB, its 17-inch screen is in Full HD and it does not overbid with 16 GB of RAM (in DDR5). 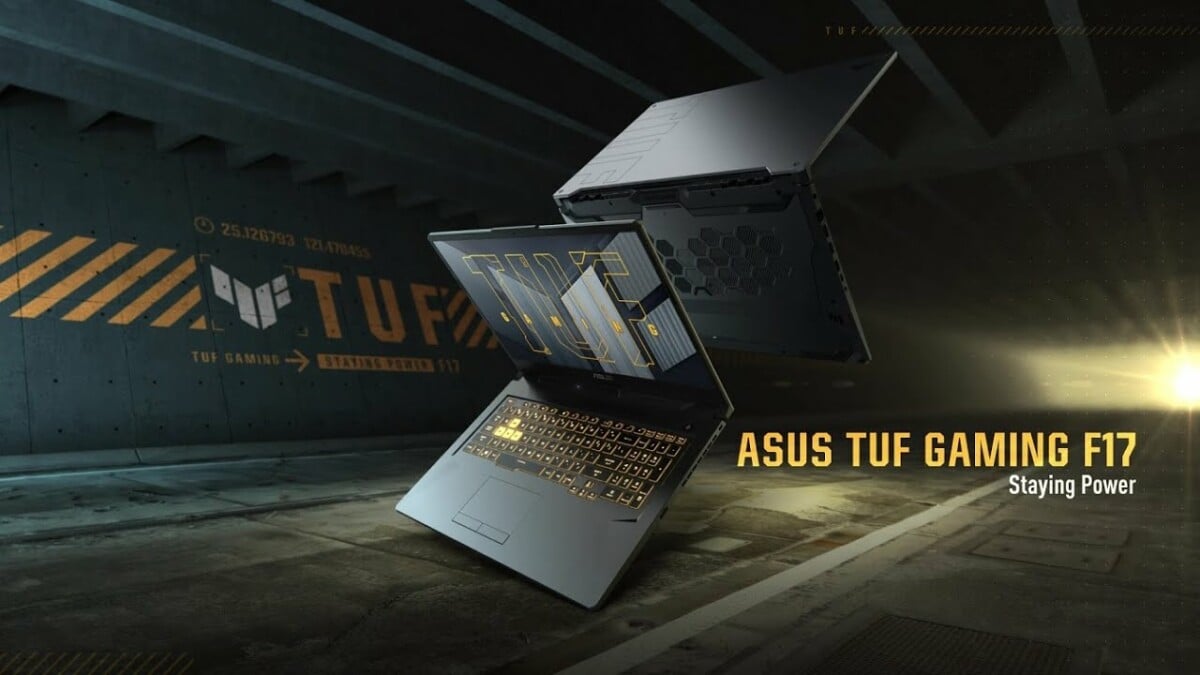 But for the rest, Asus has not skimped on power. This gaming laptop features a 12th generation Intel Core i7 processor and a GeForce RTX 3070 graphics card. A perfect combo that guarantees to run the most demanding games for the next two years perfectly.

Usually sold for 1699.99 euros, the Asus TUF Gaming F17 is now on sale at a price of 1399.99 euros after an immediate discount of 300 euros. Again, remember to take a Windows key at the same time as the PC, because it is sold without OS.

A gaming PC that holds up for less than 800 euros? That’s the tantalizing promise of this HP Victus 16. There are a bit more trade-offs here: with 8GB of RAM, performance in some games will likely be limited. The 11th generation Intel Core i5 processor is sufficient to run the majority of current games, but will be a little limited on really demanding titles. 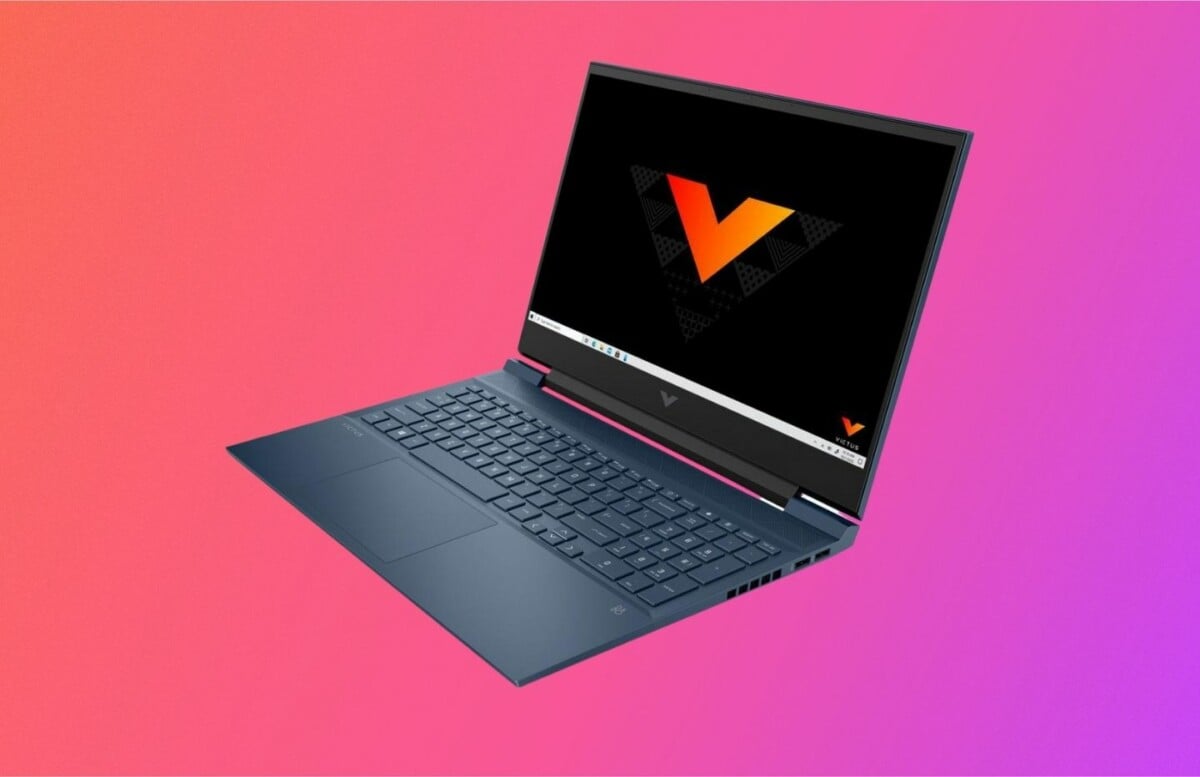 But its beautiful 16-inch screen (Full HD, 144 Hz), its GeForce RTX 3060 graphics card and its generous connectivity make it a truly versatile PC: it is well equipped for creative or productivity tasks and more than capable of launching a Overwatch 2 or a Fifa 22 in Full HD without rowing.

Its price is naturally its main argument. At 799.99 euros, it is difficult to find such a generous price-performance ratio. A price that we owe an immediate discount of 350 euros.

The MSI Spatium M371 internal SSD has the advantage of being much more compact than the Crucial BX500. Indeed, it is installed directly on the motherboard, and can even be inserted into an ultrabook. Its small size does not affect its storage capacity in any way since it offers 1 TB of space. It is therefore possible to install not only the operating system, but also many games or software. 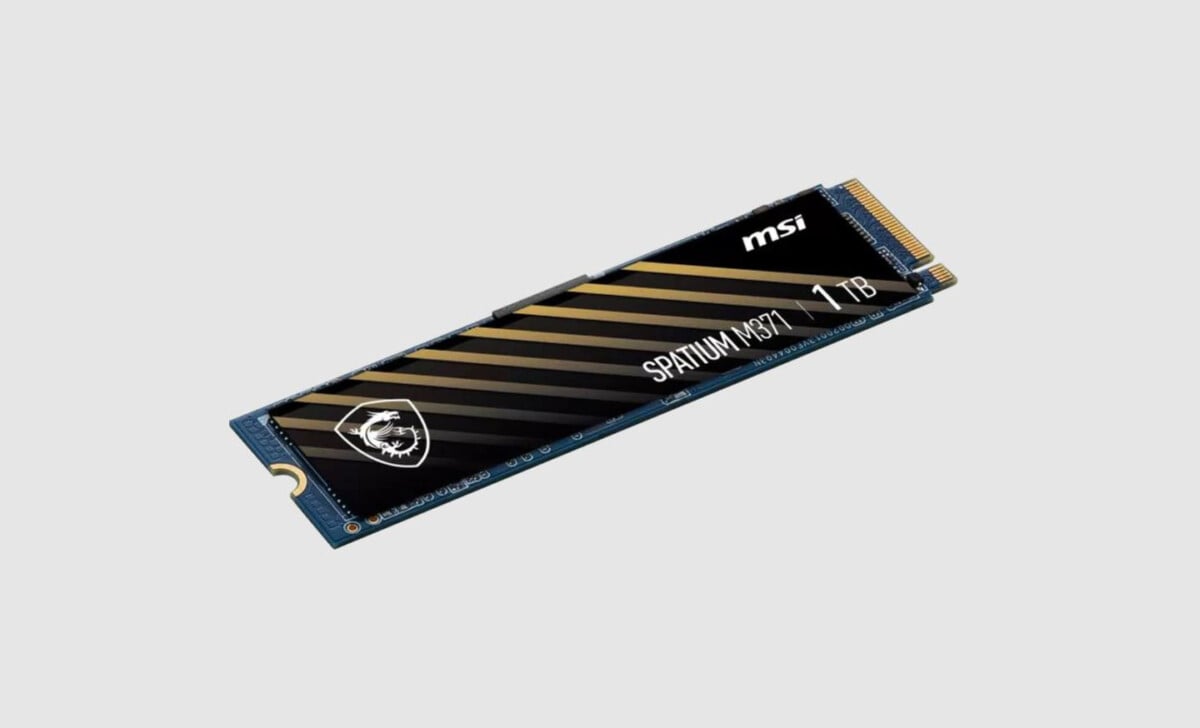 It is also much faster than the BX500 (below) since it climbs up to 2,000 MB/s in reading and 1,600 MB/s in writing. Again, players will benefit by drastically reducing the loading speeds of their favorite games. Finally, remember that the absence of mechanical parts ensures increased resistance to shocks and vibrations, which is beneficial for the longevity of the disc.

The MSI Spatium M371 SSD is taking advantage of Black Week to see its price drop to 64.90 euros at Rue du Commerce instead of 89.90 euros.

The Crucial BX500 is a very classic SSD. Its standard 2.5-inch format allows it to fit easily inside a tower or in an external disk enclosure. A feat also allowed by its SATA III port clocked at 6 Gb / s. 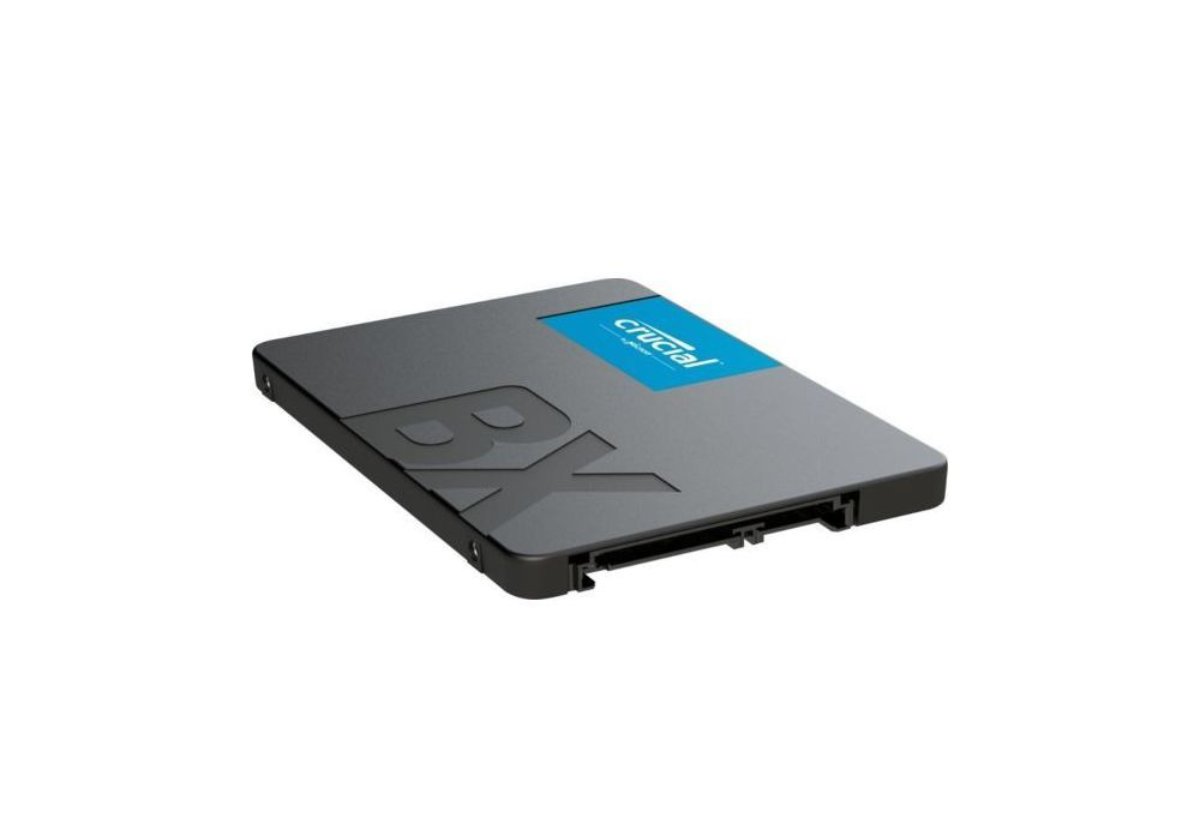 With its 1 TB of storage, it will be perfect for players who need space on their computer to store recent AAAs. What’s more, this SSD is snappy in running apps. It must be said that it is based on a reading speed of 540 MB / s and 500 MB / s in writing. Concretely, the installation of the games is done quickly, and the loading times are considerably reduced compared to a conventional hard drive.

You can now connect your tablet to WhatsApp – Aroged