Yaroslav VYSHNYAK: “Unfortunate defeat, the game with Vorskla was a draw” 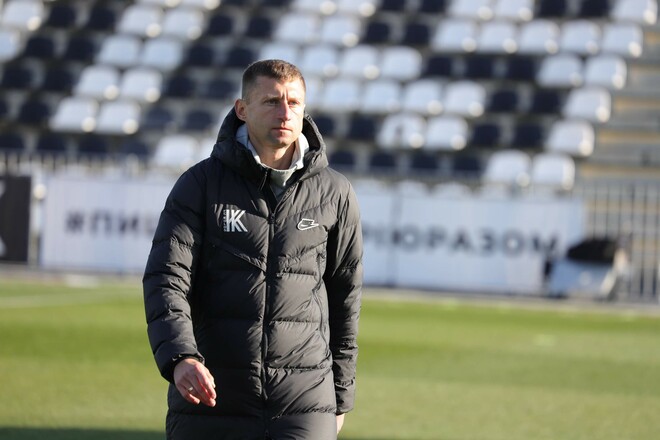 Kolos head coach Yaroslav Vyshniak commented on the defeat of his team in the match of the 14th round of the Ukrainian Premier League against Vorskla (1:2).

– I would like to say that this is an unfortunate defeat for us, in my opinion. Still, the game was more of a draw. But Vorskla won, and I congratulate them on their victory.

As for the match, one or the other team had the advantage, creating enough chances to avoid defeat. There is nothing to prepare for the next rounds.

– How satisfied are you with Andrey Bogdanov’s physical condition?

– He is ready for a certain time, but it was clear that at the end of the match he was already sagging and, apparently, needed to be replaced. It seemed that the battery was dead, but he took the ball and again created a numerical advantage, made a difference on the football field. Therefore, he played to the end, although he is not yet ready to play all 90 minutes.

Was the field hard?

– I would like to thank the club workers who prepared this field. For these weather conditions, the field was ideal. There were no puddles or mud. Yes, the field was viscous, but in general there was a pretty good lawn, it did not prevent the teams from playing football.

Source: Real agreed the transfer of the Brazilian prodigy Andrik

Stalking: the chase has arrived on smartphones!

This LEGO Harry Potter On Sale Will Soon Be Disappearing Forever