Today we have a new interview on XboxDynasty with exclusive information about Evil West. This time lead producer Tomek Gop answered our questions.

Please introduce yourself and tell the XboxDynasty.de readers what your job is.

Good day! My name is Tomek Gop and I’m Lead Producer on Flying Wild Hog and working on Evil West. For the last four years I’ve mainly managed the production team, apart from a few other contributions.

Please briefly describe the game and explain what Xbox players can expect.

Evil West is basically a spectacular, brutal action game. We wanted to explore the Weird West cowboys-meet-vampires niche to fit our signature Flying Wild Hog action combat into, because these two just go together like… two gloves?

Anyhow, the game will provide a lot of fun for all players looking for explosive and responsive combat in a beautifully rendered story campaign inspired by pulp movies and action comics. It’s as if each of our 16 missions is a wonderfully hand-drawn postcard from the Wild West with a drop of old blood on it. Optionally, you can also play the campaign in 2-player online co-op.

Was it difficult for you to bring the game to Xbox Series X or Xbox Series S specifically?

Aside from the things that were challenging across all platforms like the new engine, the new perspective (our first TPP game), and the co-op mode that we’re still learning with, there aren’t many Xbox-specific challenges. Of course, implementing and releasing the game on basically three different Xbox platforms at the same time is a lot of work to ensure performance, stability, and compliance, but hey, we’re committed to that, so I won’t complain. 😉

What are the specs of Evil West on Xbox Series X? And what are they for the Xboxs Series S?

No, we do not have this function. 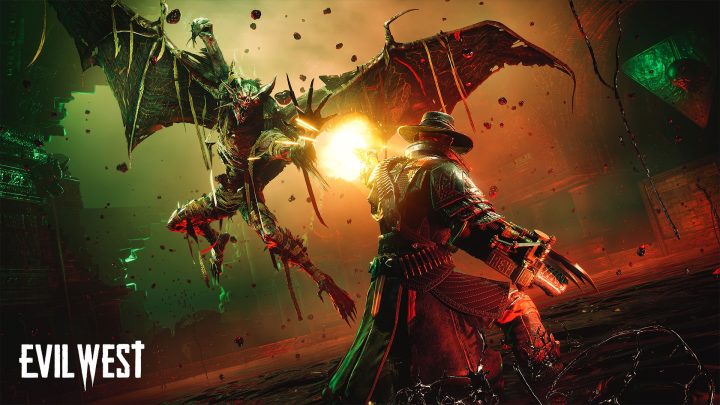 The answer is more or less the following: we tried everything, but we could not 100% guarantee the 60 fps. It would sometimes fall below that, which I think is worse for the gaming experience than a stable 30fps.

Do you think the Xbox Series S is holding this generation back?

No, why shouldn’t she? We’re not forced to make the Series X version look exactly like the Series S, so we’re not limited as developers. At the same time, the Series S is an excellent market product – I know many people who use it as an all-in-one box for family entertainment.

In co-op mode, the second player has no save and no progress in the game, only the host of the session. Why did you make this decision?

Implementing co-op is a challenge. We’ve gone through countless iterations (that’s how we make games!) and constantly re-evaluating what can be done to make it work as well as possible.

Story progression for the guest player was one of the things we had to give up because there is too much uncertainty when you have to test every eventuality. There were just too many of them for us. We’ll get better and make it one day, but that’s not today. 😉

However, the guest player has their own save file (a separate one, only for the co-op session) and they can independently set their own Jesse abilities within the session. 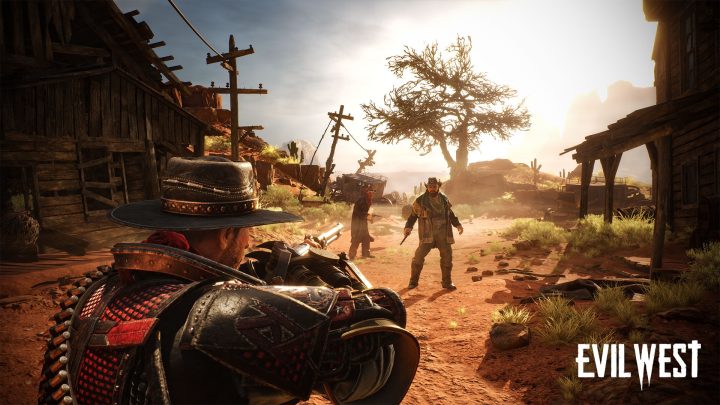 How long will it take to complete the game?

Anything between 10 and 15 hours for the main campaign, without the extra features like co-op, NewGame+, our four difficulty settings, permadeath and mission replay…

Will there be different endings or a new game+?

endings, no. NewGame+, yes. It’s so much fun destroying the trash mobs with your fully upgraded gear – they won’t know what hit them.

What is the future of your game on Xbox? Have you already created a roadmap? Are DLCs planned?

I can’t say anything at this point, sorry. There’s no roadmap yet, let’s see how Xbox fans react to our glorious mayhem! 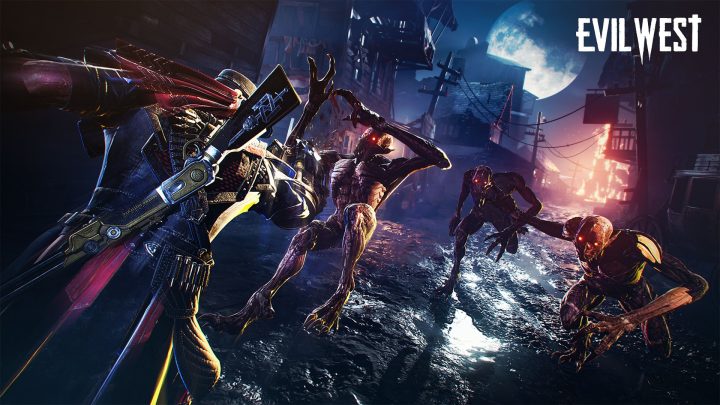 What advice would you give to Xbox gamers?

As far as gameplay goes, try to stay quick and prioritize rhythm over aim – try to mix your weapons and combat actions so you’re not trying to just go after headshots. This is not the most effective strategy in Evil West. Otherwise, feel free to ask your Xbox friends for help if you feel that an extra hand might get you through a difficult boss or encounter.

Is there anything else you would like to say to the XboxDynasty.de readers?

It might sound like a cliché, but considering the times we live in and the sheer number of games being released every day, I’m really grateful for your interest in Evil West. It’s great that you’re interested in the game and we’re humbled and hope that Xbox players will love slaying the monsters on November 22nd.

Insurgency Sandstorm has a Counter-Strike-inspired mode