Goblins are small, ugly creatures from European mythology with long ears, scary eyes, and claws. They live underground, and according to myths are able to turn into people, but sinister, cat-like eyes can give them away.

With the advent of Tolkien’s works, there was nothing fabulous about these creatures – in The Hobbit they are bloodthirsty and creepy dungeon dwellers who are afraid of the sun. However, the famous writer in his further stories made the goblins orcs, while other authors, for example, the WarCraft universe, have these two different peoples.

We also decided to share them – here you will find a selection of games about orcs and about goblins, and you are reading the last one right now. 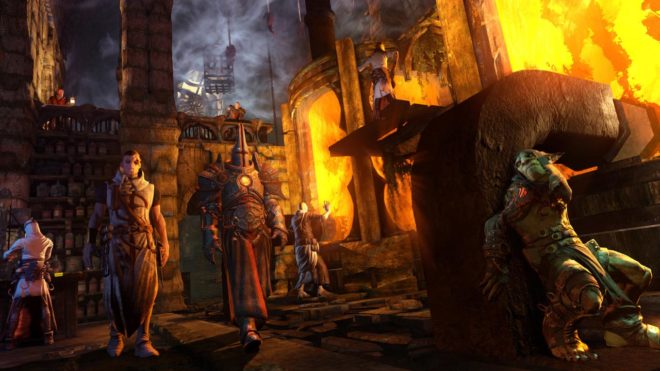 The first thing that comes to mind about gaming goblins is, of course, the Styx dilogy. Master of Shadows, appeared in 2014 and became a prequel to the game Of Orcs and Men, which we will discuss below. This is a stealth action game in the best traditions, which turned out to be successful, because otherwise there would be no sequel.

The game takes place in a fantasy world, and the main character is one of the few goblins. Styx, driven by an unknown goal, penetrates the fortress of people and saves a mysterious stranger, who turned out to be his own copy. Find out the reasons for the mysterious event and figure out who is the copy and who is the original, and the player will have to.

And since goblins are small and frail creatures, this will have to be done by resorting to cunning and stealth – in the gameplay, stealth passing levels has been put forward in the first place. The game offers you to choose your own path, while open skirmishes with people are likely to end in failure. Master of Shadows is full of interesting mechanics, the levels are beautiful, and the press compared Styx: Master of Shadows to Thief and Dishonored. 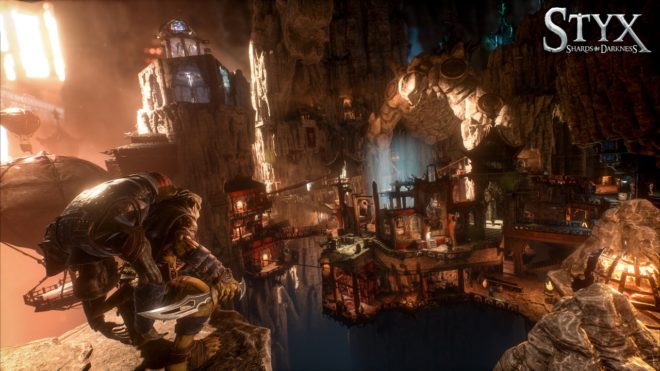 The second part of the adventures of Styx was released in 2017. According to the plot, after the events of the original, goblins spread all over the world, and Styx, in pursuit of a mysterious werewolf elf, finds himself in the impregnable city of Karngar. The hero learns about a conspiracy between the sharp-eared, humans and gnomes, the purpose of which is to subdue the will of the goblins. Naturally, Styx is against.

The sequel continued the ideas of the original – this is again a stealth action game with not the most convenient combat system, but with well-developed level design and, more importantly, humor. A cooperative mode has appeared, Styx has become more charming, and in general the game can be called a quality sequel. Unfortunately, not so much that Styx became a trilogy – from 2017 to this day it is not known whether the third part will appear at all.

Of Orcs And Men 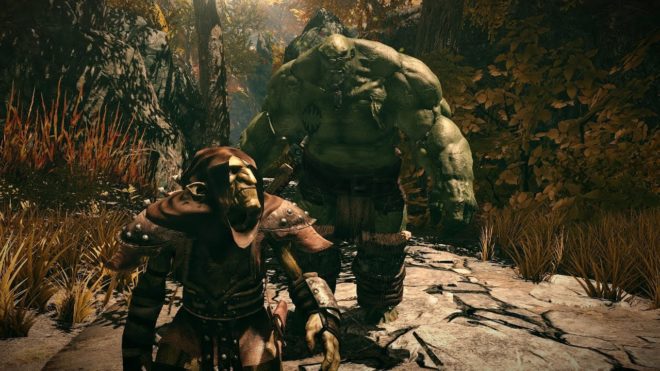 And now let’s talk about the game, thanks to which the adventures of Styx appeared. Of Orcs And Men is a 2012 RPG, in which the goblin we loved became the narrator of the plot. Styx tells about the events on the fantasy continent of Iseria, where people decided to unite in the Empire and subjugate the orcs and goblins. Two of the best representatives of these peoples decide to go on a dangerous adventure and kill the emperor.

The game is single-player, but you have to control two characters at once – the strong orc Arkail and the agile goblin Styx. Each has unique physical abilities, and it’s quite fun to juggle them in combat and puzzle-solving. There is an interesting and sometimes funny plot, NPCs and secondary quests, and after passing Of Orcs And Men you can go through it again, because the pumping is non-linear, and even a secretive killer can be made from an orc. 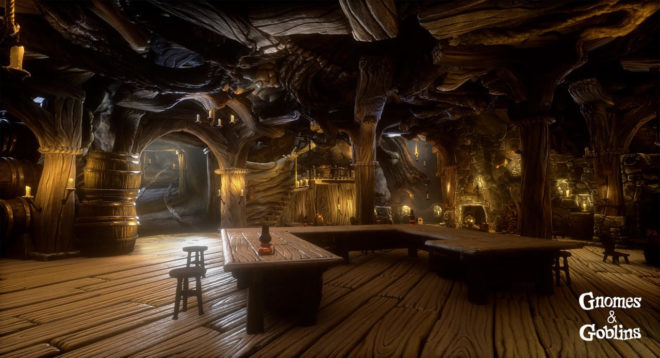 At the beginning of the article, we wrote that fantasy writers made bloodthirsty creatures out of fabulous goblins. However, in games, not everyone adheres to this view – for example, in a VR adventure, cute-looking goblins live in commonwealth with gnomes, they feel comfortable on the surface, and their houses are quite cozy.

This is a simple walking simulator with primitive game mechanics such as gathering – the developers have focused on the beauty of the fantasy world that was created by director Jon Favreau (“The Lion King”, “The Jungle Book”). An excellent game will certainly appeal to even very young gamers. 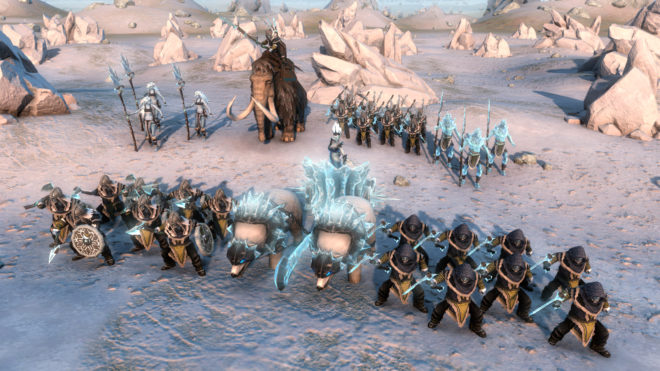 In the fantasy strategy Age of Wonders, goblins are presented as a playable race, with their own strengths and weaknesses. The units are weak, so the player will have to rely on numbers and speed, and if they can’t get a map advantage in the early game, then the mid and late game will be very tight.

In the first two parts, this is an exceptionally evil race, but this stigma was removed in the third part. The army is quite diverse – there are melee and ranged fighters, horsemen, as well as a tamed troll. In Age of Wonders, goblins have their own ideology and history, which will be interesting to read. 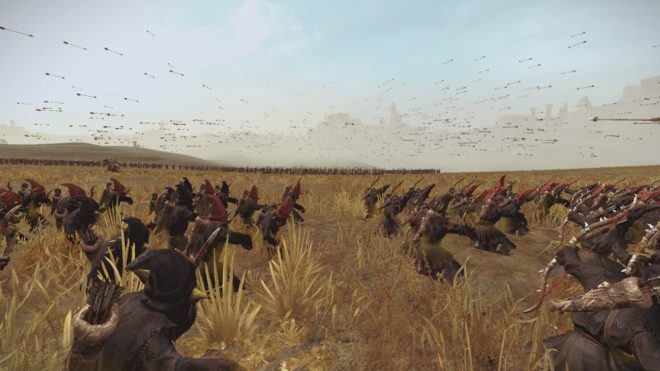 Another strategy in which you can lead an army of goblins. Or rather, greenskins – that’s what they are called in the world of Warhammer Fantasy.

Units delight with diversity, they have good health, resort to poison as a military trick, and when attacked, they will please with a good onslaught. But at the same time, the armor of the greenskins is weak, there are no arrows, there are also few flying units, and their recklessness and uncontrolled aggression can lead to the player losing control over the troops. 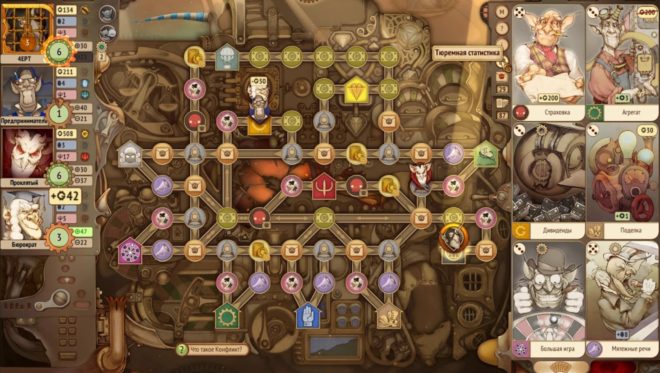 There are other funny fantasy creatures – gremlins, which are known from English folklore. Works based on them can be counted on the fingers, but they have their share of popularity in the world. Gremlins look the same as goblins – only somewhere soft and fluffy.

So if you’re looking for good goblin games, you’ll definitely love Gremlins, Inc.’s strategy board game, in which fantasy creatures battle for power in a steampunk town. Up to 6 players on the same map use cards, move around and interfere with opponents in various ways, sending them to prison and resorting to other methods. Try to play with your friends – you will definitely like it! 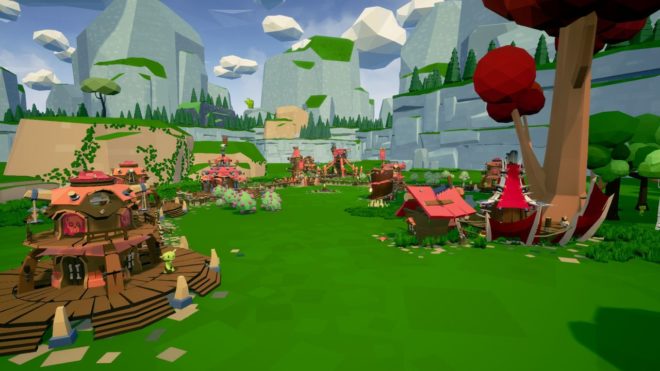 The player is waiting for a rundown village with goblins, which will be turned into a settlement of a formidable clan. The paths to prosperity among the greenskins are similar to those of humans – resource extraction, construction, caring for others, worshiping the gods. But goblins build randomly and much more often resort to raids on neighbors, threats and murders. 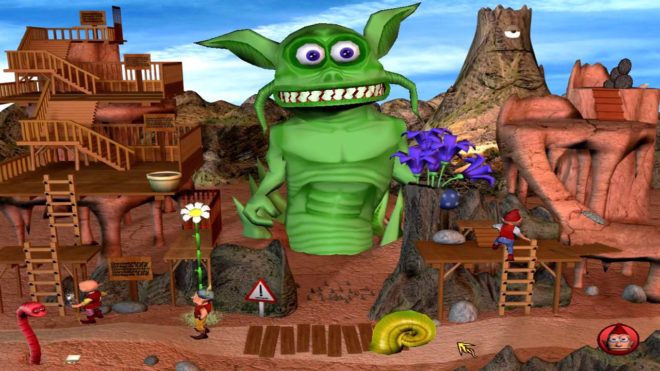 Gobliiins is a series of old quests, the first part was released back in 1991. In them, the player enters the fairy-tale kingdom of goblins and solves their problems – there either the king went crazy for an unknown reason, then the prince will be kidnapped, then something else will happen in their bizarre world. The gameplay is classic and in keeping with the golden point-and-click quests of that era.

The series has 5 games, but their appearance is unpredictable – for example, the third part was released in 1995, the fourth in 2009, and the fifth was announced in early 2022. 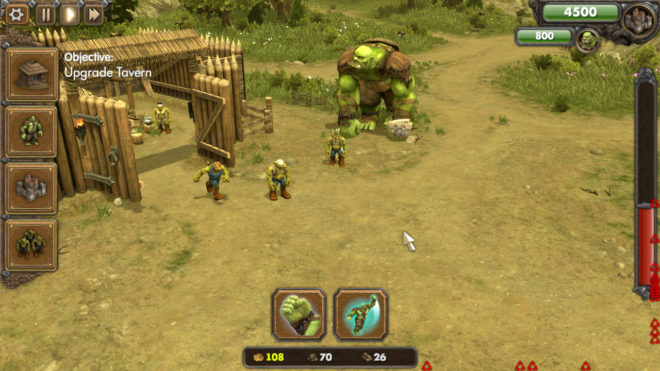 Classic real time strategy with RPG mechanics. You will have to manage the troll boss, whom the goblins have asked to protect their lands. The gameplay offers you to walk around the map on your own, collect resources and trample enemies into the ground, but at the same time you will also take care of the strategic part – build buildings, distribute roles between subject goblins and protect the village from waves of nomads. Character skills, as well as equipment, are being improved, so pretty quickly you will feel all-powerful. 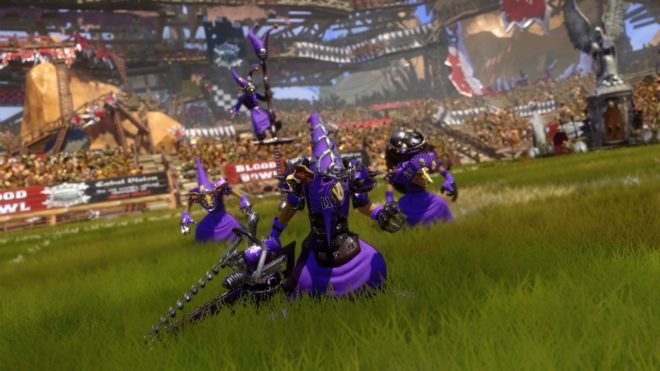 Blood Bowl 2 is an unusual American football simulator. Unusual, because it takes place in the Warhammer universe, and teams consisting of fictional creatures often ignore the rules and resort to violence. And the gameplay is turn-based, which is not typical for a sports simulator.

The Goblins add-on adds green-skinned robbers – they make good catchers, but they do not know how to throw an ovoid ball. But they are proficient at breaking the rules, and as such use chainsaws, chains, and other illegal weapons, as well as resort to illegal tricks. 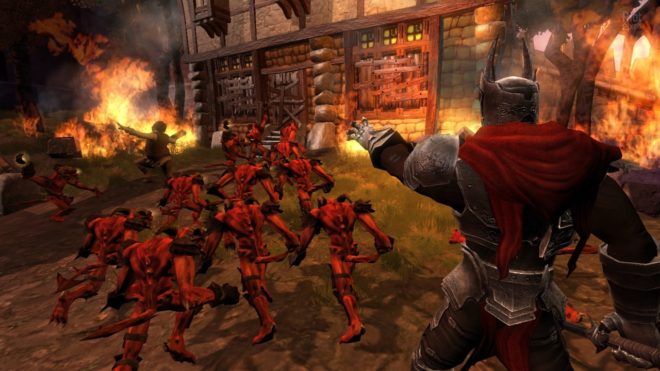 Overlord RPG is not goblins, but henchmen – although there is no difference between these creatures, so we are sure that you will enjoy the game. Especially when you get to know the original game mechanics.

You play as the Dark Overlord in third person and, like in any RPG, you can run, use attacks and level up. But since you are the Overlord, a detachment of henchmen will follow you, to whom you can give various orders and observe their actions.

In the henchmen lies the charm of Overlord – these funny creatures behave like children, get up funny actions, dress in whatever they want and unquestioningly follow your orders. They have names and levels, and it is especially painful to lose loyal servants during an unsuccessful battle with the forces of good.

Now There Be Goblins 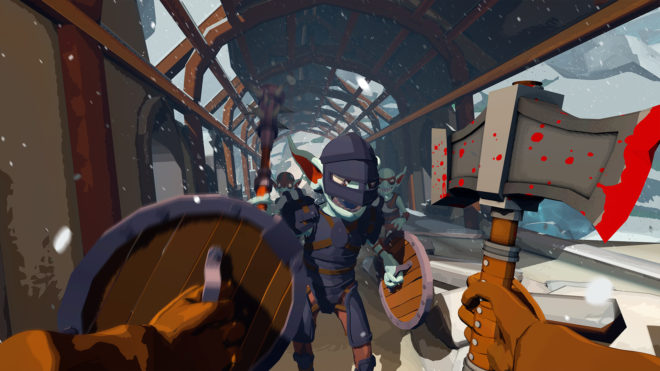 Remember the rides where you have to hit the popping heads with a hammer? In Now There Be Goblins, you will do the same, but in VR, and the goblins will become the enemies. This is a tower defense game where you have to build fortifications from various structures, place traps and personally fight back against fantasy creatures. An extremely successful experiment with VR, which did not gain due popularity.

There are very few games about goblins on the PC, but we still managed to find interesting projects. If you know more examples of these, write about them in the comments, and we will update the selection!

Resident Evil 4 Remake: the assessment of the ESRB of the new Capcom remake arrives

AEW Fight Forever: Is CM Punk Kicked Out Of The Wrestling Game Now?

Forza Horizon, a bundle erroneously ends up on offer for less than a dollar