God of War Ragnarok doesn’t answer some questions, perhaps pointing to “another game”

Cory Barlog, creative director of Sony Santa Monica, took to Twitter confirming that God of War Ragnarok effectively does not answer some questions and also suggesting that some elements of the story could be explained in “another game” of the series.

The issues described are in fact spoilers on the plot of God of War Ragnarok, so those who do not intend to have the slightest anticipation should probably avoid reading. This focuses on a couple of issues related to the previous God of War of 2018 and concerning the Snake of the World, in fact, are not resolved in the history of the new chapter, contrary to what was thought. 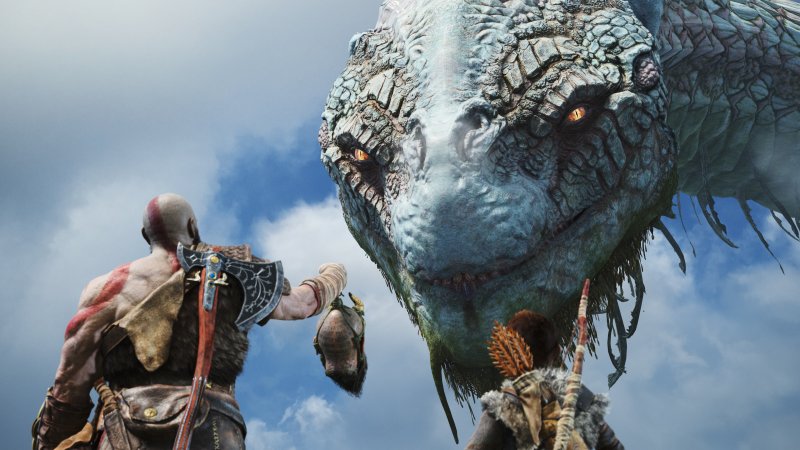 The first question is: who blew the horn who evokes the very Jormungandr in the previous chapter? In 2018’s God of War, Kratos distinctly hears the sound of the horn, which causes the giant serpent to re-emerge, but it’s not clear who blew it.

It was thought that this was explained in God of War Ragnarok, but this was not the case and furthermore Barlog also denied that the sound came from Kratos himself playing the Gjallarhorn at the beginning of Ragnarok, as could be thought within the paradox thunderstorm concerning the serpent.

The creative director simply told fans to “keep the faith” that sooner or later “I’ll be consistent enough to create the moment to explain this”, perhaps suggesting a continuation of the matter in another project. And “another game” is precisely mentioned by Barlog when answering the other unanswered question, namely how the Jormungandr managed to go back in time after the fight with Kratos in the previous game.

In the new chapter – this is particularly a spoiler – it is explained that this action is related to Loki, “but how he managed to go back in time … well … that’s a story for another game,” he wrote Barlog, leaving the question open to various interpretations. Meanwhile, God of War Ragnarok has already won the title of GOTY and best narrative design at the BIGs.

Natal: which is the best Samsung Galaxy to buy?

Street Fighter 6: a trailer on the alternative costumes for pre-orders

CD Projekt will improve the Russian localization of The Witcher 3

The Game Awards 2022: The most important game presentations listed

6 series and films debuting this week that you can't miss

Modern Warfare II made a billion dollars in 10 days