Karim Benzema: “My mind tells me to leave my seat” 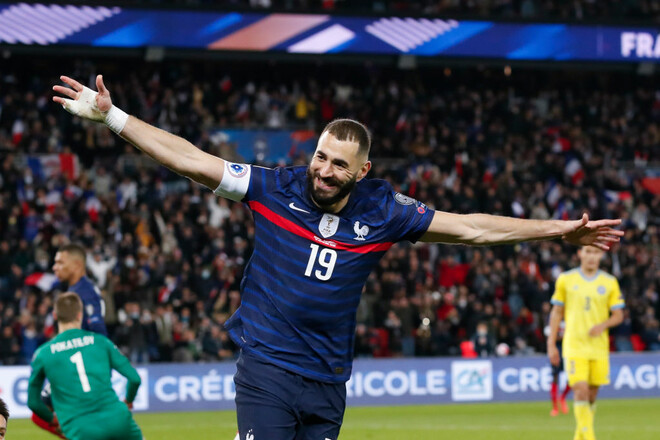 French striker Karim Benzema assessed the fact that he will have to miss the World Cup starting today, November 20, in Qatar. As previously reported, the 34-year-old striker in the camp of the national team suffered a hip injury and was out of the game for a long time.

“I never gave up in my life, but today I have to think about the team as always, so my mind tells me to leave my place to someone who can help our group to have a good World Cup. Thank you for all your messages of support,” Benzema tweeted.

The French national team in the group stage of the 2022 World Cup will play with the teams of Australia, Denmark and Tunisia. Didier Deschamps’ wards will play their first match on November 22 with the Australians.

In my life I have never given up but tonight I have to think of the team as I have always done so reason tells me to leave my place to someone who can help our group to make a good World Cup. Thank you for all your messages of support 🙌🏼❤️ pic.twitter.com/SBalX0juAH

It became known how many states provide military assistance to Ukraine

Real Madrid is preparing 60 million for the next Brazilian prodigy

Roman Zozulya: “This year I confessed my love to my wife less times than the Armed Forces of Ukraine”

On sale during Black Friday, this Xiaomi camera is ideal for monitoring your home

The Witcher Remake: Geralt's voice actor has not yet been contacted

God of War Ragnarok: Geoff Keighley is playing it too and has his say

Evil West on PlayStation and Xbox: the graphic modes of the action western with monsters