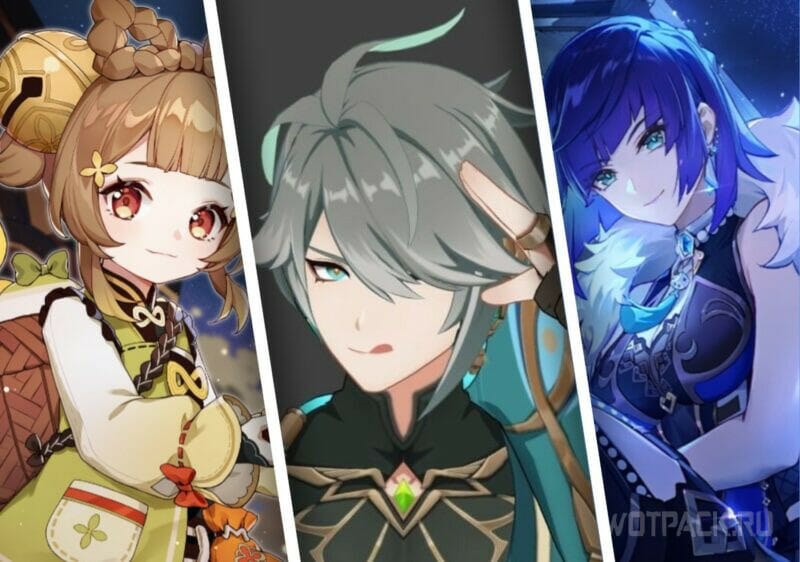 After a big leak of files from the HoYoverse servers, thanks to dataminer leaks, players got the opportunity to prepare in advance for knocking out the desired characters. Initially, the information was only about new heroes, but insiders are gradually emerging about the upcoming reruns in Genshin Impact.

Blanc, Ubatcha and many other insiders have confirmed the release schedule for new Sumeru characters, so the information can be relied upon. However, we remind you that this is not an official announcement. There is always a possibility that the developers will make changes at the last moment, and especially when it comes to reruns.

According to leaks in 3.4 banners in Genshin Impact, we will see this order:

Al-Haytham 5* (Dendro Swordsman) + Yao Yao 4* (Dendro Spearman) + Ye Lan 5* (Hydro Archer) Uncle Xiao wrote about the rerun. Reran Hu Tao 5* (Pyro Spearman) confirmed Uncle Lu (he is a reliable source when it comes to reruns). It is difficult to imagine the Sea Lantern Festival without Xiao 5 * (Anemo Spearman), but so far insiders have not written anything for him.

About weapons can be assumed based on the reruns:

More detailed information on 4* heroes will appear closer to the release of the update. Patch 3.4 will be out around January 18, 2023.

The question remains open about the rerun of Shen He, because she is also one of the characters from Li Yue, but nothing has been said about her yet either. You can follow the latest information about the release of characters in the banner schedule.

Write in the commentsWhat do you think about the 3.4 banners: will you be knocking out these characters or will you save your heart (and primogems) for someone else? Follow the latest news on our website.

Source: Martial will go to the 2022 World Cup instead of Benzema

Overwatch 2: Junkertown shut down – coming back soon with Bastion and Torbjörn