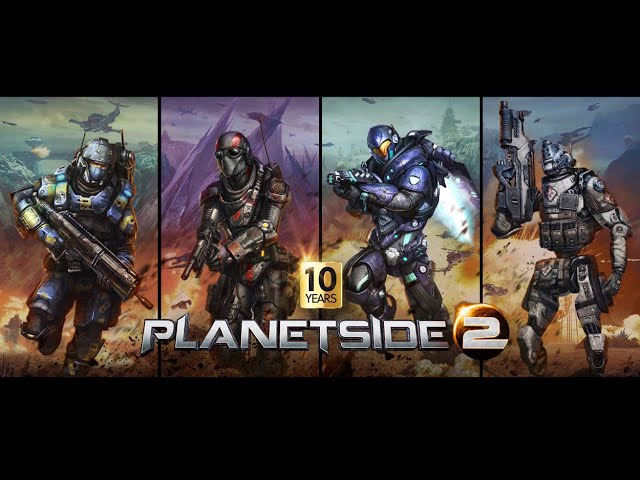 On November 20, PlanetSide 2 celebrates the first war on Auraxis. In the Anniversary Update, you will find many visual improvements, balance changes, a completely new object capture mechanic, new items available in the depot, and so on.

Rogue Planet Games has released an update for the 10th Anniversary of PlanetSide 2. The update mainly focuses on pushing the “art style forward” with improved visuals, and also adds balance changes and weekend events.

Ten years later, players are still logged into PlanetSide 2 to continue the war. During all this time, the game has aged, and the developers decided that now is the time to put a new coat of paint on it. This includes updating textures, giving the ocean a more “oceanic” look, and more to keep players immersed in combat.

In terms of the balance changes in this update, Rogue Planet has implemented a nice list of additions that range from adding more cover in certain areas to the ability to speed up attacks on enemy bases with the Bastion fleet carrier.

The lead game designer for PlanetSide 2 stated the following:

Thank you all for the challenge on the battlefield and in the design space; for the community without which we would never have lasted this long; and for the memories, which I am sure we will have many more in the years to come.

For the full list of patch notes, please see here

PlayStation 5: new drop from GameStop this week. Here are all the details