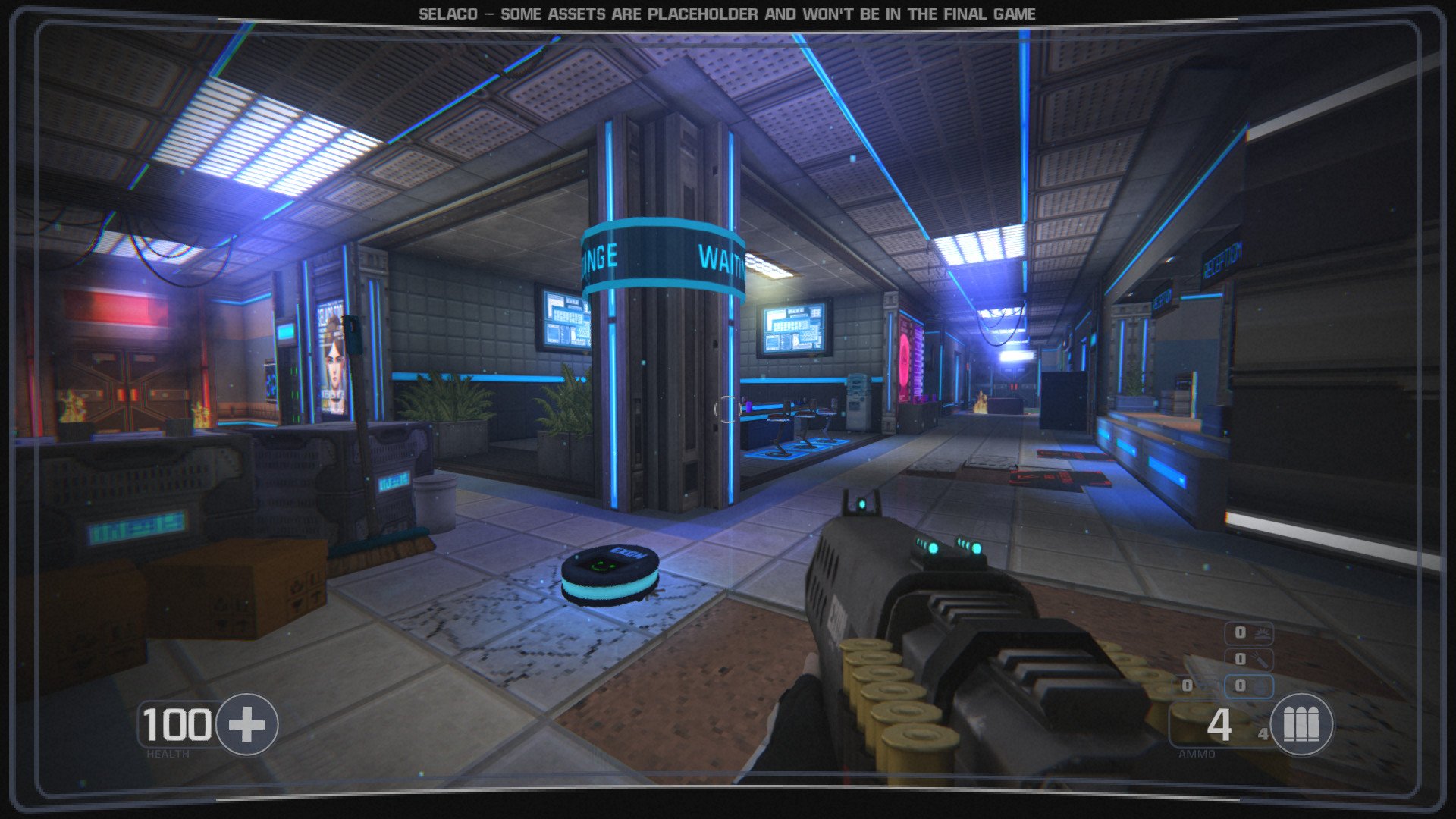 11/20/2022 at 2:45 p.m. by Sara Petzold – Selaco, a first person shooter in the style of Doom and FEAR, is preparing to conquer the hearts of action fans on Steam. Interested Steam users can now download a demo and try out the old-school gameplay for themselves.

Retro-style first person shooters are currently in vogue – and a title called Selaco is definitely one of the hottest candidates with the potential to become a genre hit. According to the developers, the shooter is inspired by classics such as Doom, Quake and FEAR, but modern action elements should not be neglected.

Selaco takes place in an underground facility of the same name, inhabited by surviving humans after the fall of Earth. You take on the role of Dawn, a member of the security service ACE, who investigates the mysteries of the facility as it is overrun by armed invaders. The focus of the story is on the conflict itself as well as on Dawn’s personal story.

In terms of gameplay, the developers promise intelligent AI that adapts to player behavior and environments that react realistically to gunfire. In addition, there is a so-called Incursion Mode for each level. This is similar to a horde mode in which we compete against an almost infinite mass of opponents and unlock bonuses for the campaign.

Selaco will also support mods for the release, which should provide a lot of additional entertainment. There is currently no specific release date for the shooter, but the team is currently looking for performance testers. In addition, interested shooter fans can already download a first demo of the title for free on Steam.

Star Citizen available for free in free-to-play format until November 30, 2022

First League. Scandal with the Carpathians, the victory of Obolon

Instagram Is Testing Photo Albums, Because Nothing Is Sacred Anymore