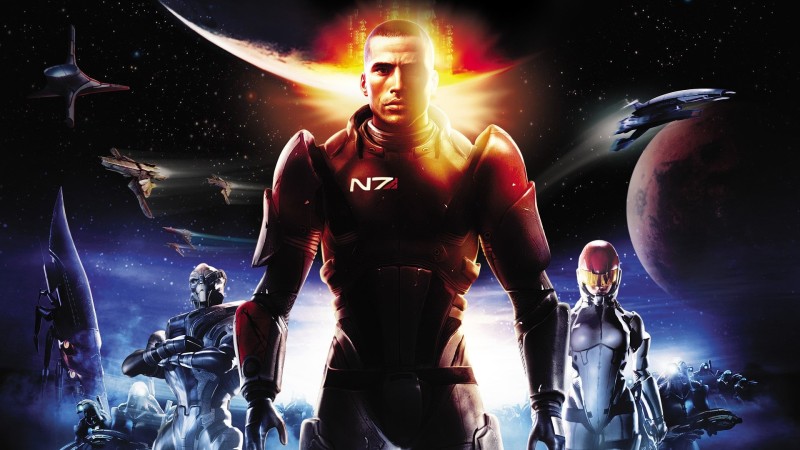 2022 has been a pretty significant year for the Mass Effect series. We have received the 5th anniversary of Andromeda, a rather controversial game, but which had its own interesting finds. We also celebrated the 1st anniversary of the Legendary edition, which was a huge milestone for the franchise as it sparked renewed interest in an already beloved series.

However, by far the most important anniversary was the 15th anniversary of the original Mass Effect game that started it all. The original Mass Effect was first released 15 years ago in North America on November 20, 2007. The launch of the Xbox 360 version in Australia and Europe followed a few days later, but it wasn’t until May 28, 2008 that the PC version of the game became available.

We all have our own memories of Mass Effect. We follow Commander Shepard, which at first seems like a fairly simple task testing his abilities, until it quickly turns into a series of life or death missions to stop a rogue turian from returning the Reapers and destroying the galaxy.

Throughout the journey, we visit many amazing places and learn more about the galaxy and its history. Perhaps the best example is the planet Ilos, where we finally learn the truth about the Reapers and how the Protheans unsuccessfully fought them and tried to warn future species of them.

Who can forget the legendary characters we see here and carry over to the rest of the series? We get Tali, Garrus, Rex, and a whole host of other great people who are interesting in their own way. Bioware, of course, had a history of creating games with colorful characters, having previously created KOTOR games, but with Mass Effect, they perfected it all for a new generation of gamers.

Traveling across the galaxy to try and save it from a massive existential threat feels like something out of a sci-fi epic, and that’s exactly what many felt when they first played the game. Everything in this story just fits together perfectly, creating an absolute masterpiece.

Besides, who among us can forget the epic soundtrack we were given? From viewing the galaxy map to battling the geth in the citadel, every song fits perfectly into the game, everything is just great. What about the song that plays when you start the game?

Probably the best thing about Mass Effect was how it laid the groundwork for the rest of the series. The Reapers have become a major part of the game’s story, and it all culminates in the last game in the trilogy. Regardless of what we think of Mass Effect 3 or other aspects of the trilogy, I think we can all agree that the first Mass Effect was an absolute masterpiece and a game that many players have fond memories of.

It is not yet known whether Bioware representatives plan to somehow celebrate this date, in theory they already did it on N7 Day, and it was on the eve of that day that the head of the development of the new part of the franchise stated the following

In the nearly 15 years since the first Mass Effect was released, the biggest reason we still love working on it is the warmth, dedication, and passion of this community. Some of you have been with us through everything. We grew up together, sacrificed Ashley together, overcame difficulties together… and laughed until our faces were tired… together! And for those of you who have just started playing Mass Effect, welcome! I can promise you many more years of fun, adventure and characters to fall in love with.

Is iPhone waterproof? Will the warranty be voided? [2022]

Cyberpunk Edgerunners, Lucy's cosplay from Kalinka Fox looks us straight in the eye