The fear of suffering power outages during the winter has never been so strong in France. To prepare as well as possible, Bluetti has designed a compact and modular station capable of supplying an entire house. And when paired with solar panels, it can even lower bills. 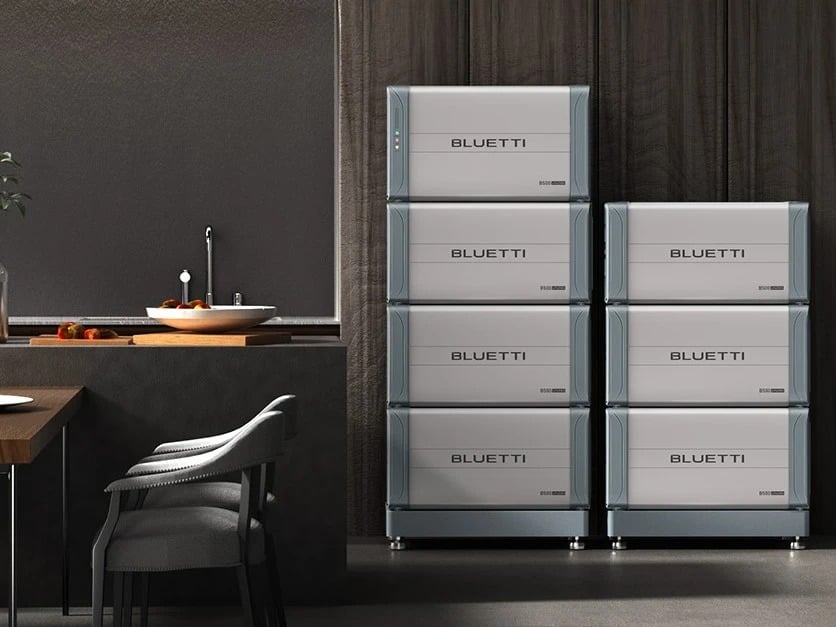 Between soaring electricity prices and EDF reducing its nuclear production, the arrival of winter is particularly dreaded. The fear of facing power cuts during cold spells is growing every day, even as meteorologists anticipate a rather mild winter.

And if the hypothesis of a blackout of a day or more is unlikely, there is no guarantee at this stage that we will escape shutdowns of a few minutes to a few consecutive hours. To ensure that you have continuous electricity at home, solutions exist for individuals.

Bluetti has just launched its EP600 energy storage system. Compact and discreet, it can temporarily replace a traditional electrical installation and power an entire house thanks to its large integrated batteries. Any type of device can be connected to it, including household appliances or computer equipment.

Households equipped with solar panels can also easily connect them to the Bluetti EP600, without the need for additional equipment. They easily store green energy and can reduce their energy bill.

Who is this station for?

Spending a few hours without electricity is not so trivial. No one wants to find themselves in the dark, with all their appliances off, without heating or hot water and worse, risking losing all the contents of their fridge.

Installing an energy station makes it possible to mitigate these risks of temporary cuts and to gain energy independence, especially if the system is connected to solar panels. You can then heat your interior as you see fit and benefit from a continuous power supply. 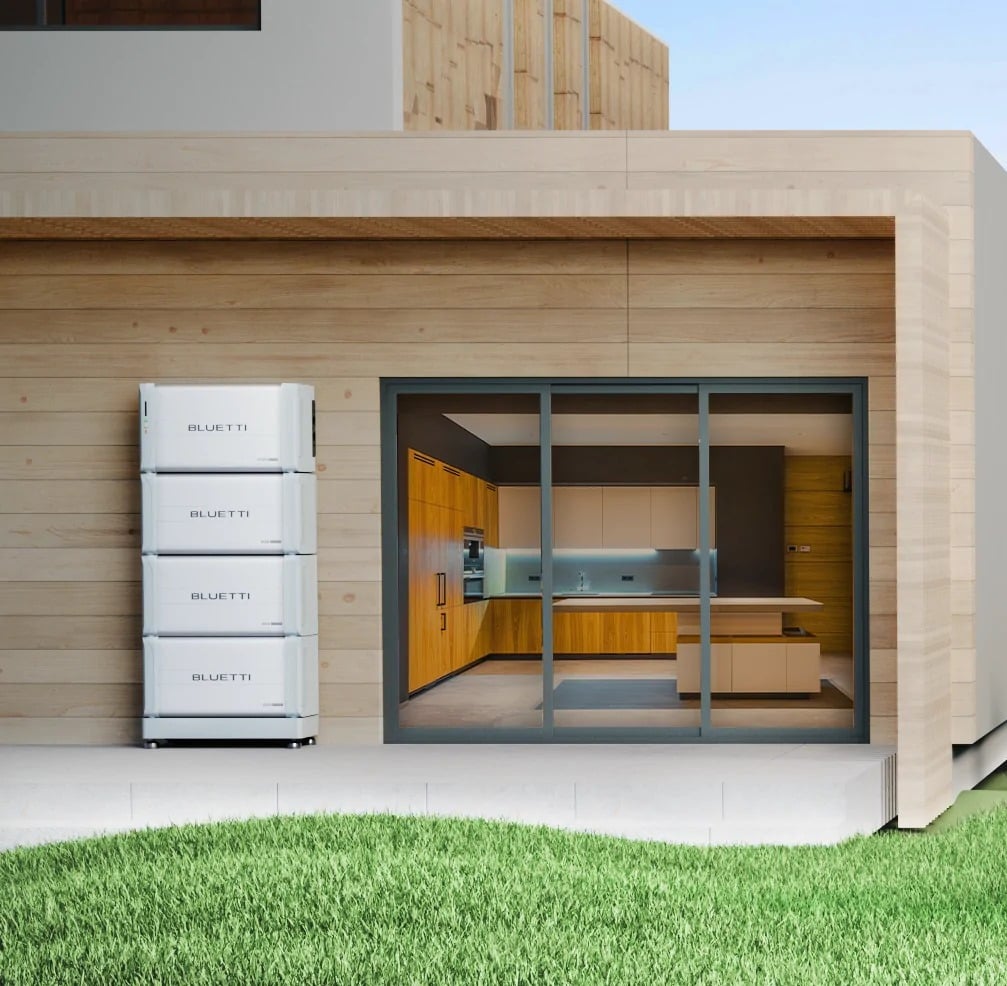 The Bluetti EP600 station accompanied by 3 B500 batteries. // Source: Bluetti.

The new Bluetti EP600 energy storage system meets these needs and benefits from a compact, discreet and modular design. Taking the place of a small chest of drawers, this device includes an EP600 energy station and two B500 batteries.

It can be installed both indoors and outdoors thanks to its IP65 certification and its robust aluminum coating. Silent (50 dB maximum), it is suitable for both a small apartment and a large house.

How does the Bluetti EP600 work?

The EP600 energy station offered by Bluetti can be installed independently or in addition to the electrical network. In the second case, it takes over in the event of a power failure and activates in just 10 ms.

To deliver current, the EP600 must first collect electrical energy, then store it in its battery. Recharging can go directly through the main electrical system.

The EP600 can also be powered by solar energy for homes equipped with photovoltaic panels. This is also one of the greatest strengths of this system which incorporates a hybrid inverter responsible for directly converting solar energy into electricity, without the need for additional equipment. Bluetti announces as a bonus that 2 hours 10 are enough to recharge the station and its two additional batteries using solar panels.

Power similar to that of a traditional electrical grid

Once recharged, the new Bluetti energy station can produce up to 9 kWh of electricity, which allows it to power a home of more than 80 m². For larger homes, the system can be combined with up to 16 additional B500 battery modules, bringing the electrical capacity up to 79 kWh. The station meets the standards of all appliances, including household appliances. 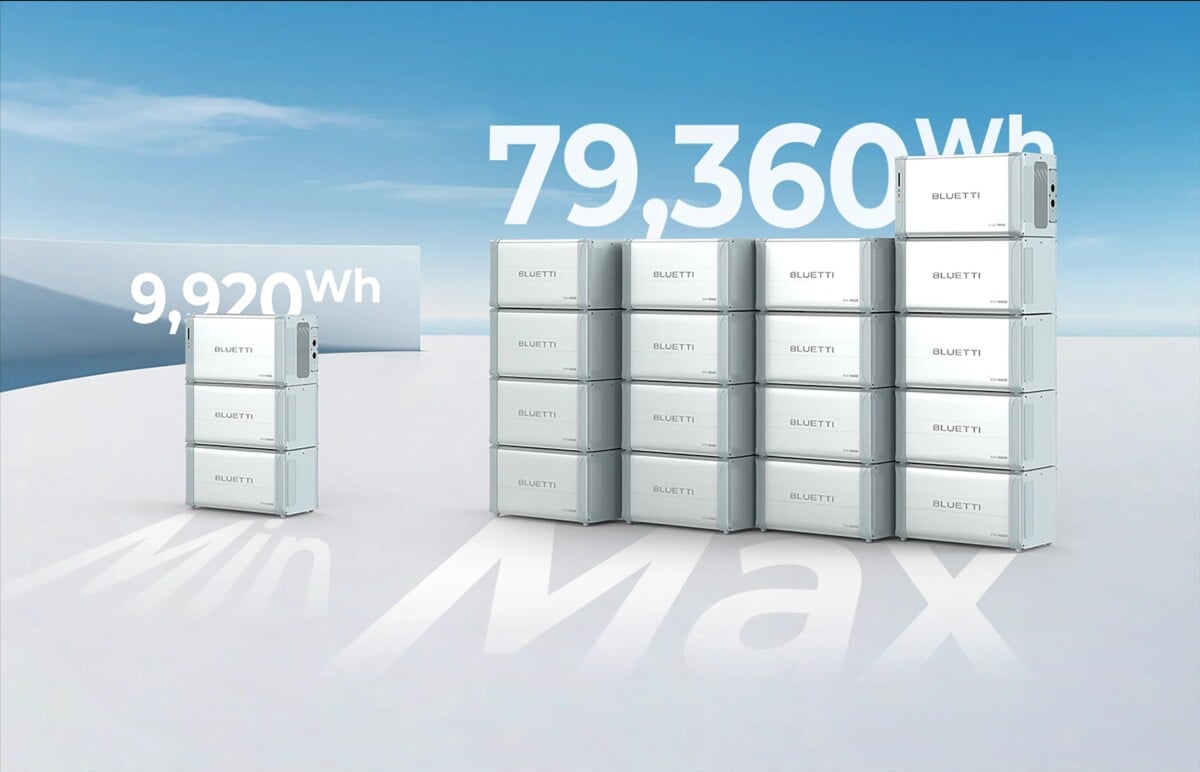 With its 9 kWh capacity, the Bluetti EP600 and its double B500 battery can simultaneously run all the most demanding appliances in the house for almost an hour, such as:

Easy to use, once connected directly to the electrical network, the EP600 does not require any additional connection to take over. This is what mainly differentiates it from generators, which are equipped with electrical outlets.

Practical, the EP600 can be controlled and monitored remotely via the BLUETTI application (available on Android and iOS). This allows you to monitor the level of the batteries, check its energy consumption, plan a charge or even start the station.

Guaranteed for 10 years, this system can be installed as an option by a Bluetti professional.

Silent Hill: Townfall, the audio of the trailer contains a mysterious secret message