WhatsApp, owned by Meta*, has a new business directory feature, Business Search, which is currently available in Brazil, the UK, Indonesia, Mexico, and Colombia. Its launch was preceded by limited testing conducted last year in Sao Paulo (Brazil). The feature is available for both Android and iOS devices (excluding Brazil). 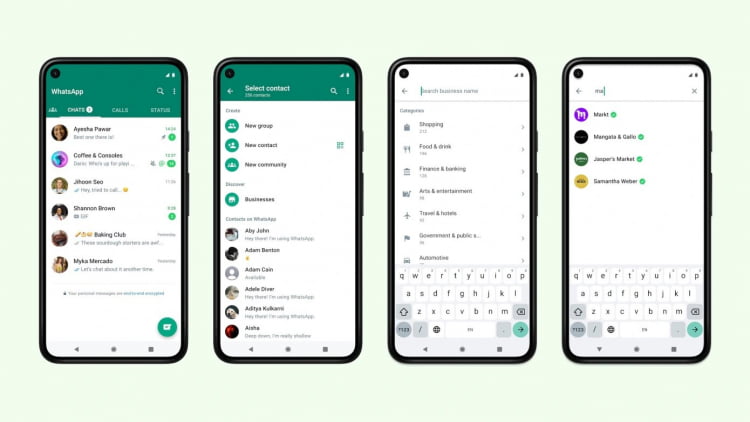 With the new feature, you can browse businesses by category such as banking, food and drink, travel, and search by company name. Large companies that subscribe to the WhatsApp business platform in all five countries will appear in the directory, in Brazil the directory will also be open to small businesses.

Meta* said at the WhatsApp business summit in Brazil that the new feature is designed to help people avoid wasting time looking up business phone numbers on websites and writing that data into their phone contacts. “The end goal here is to make it so that you can find, message and buy from the company in the same WhatsApp chat,” Meta* CEO Mark Zuckerberg said in a statement.

The launch of the new feature is due to the fact that WhatsApp is increasingly positioning itself as a messaging service not only with friends and family, but also with business partners. According to Meta*, as of October 2020, over 175 million people around the world used WhatsApp daily to send messages to business accounts.