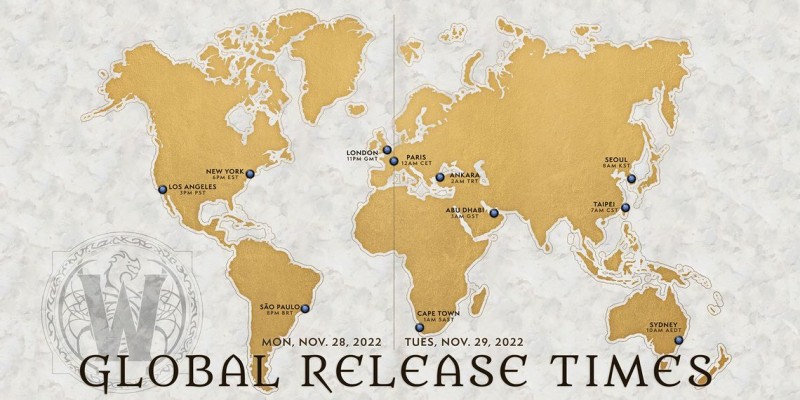 The World of Warcraft: Dragonflight update will release in just over a week, and Blizzard Entertainment has announced the start of open stress tests for the beta servers. So developers want to avoid chaos and bring servers closer to reality. The Warlords of Draenor update, with all its bugs, huge queues and overloaded slow servers, is still fresh in the minds of the players, so things went much better with the next Battle for Azeroth and Shadowlands updates.

To cement the chain of successful launches, the WoW team has announced stress tests for all interested Warcraft players. On November 21 at 23:00 Moscow time, the servers will be turned off, and in half an hour they will be turned on in a preload state. In another half an hour, the final events will be held, and already at 01:00 Moscow time, the Dragonflight prologue will be available for testing. The test will end at 02:00 UTC, after which the beta servers will go offline and restart in their original state after launch, along with all previously created characters.

MIUI 14: Activate this to be the first to receive

For Black Friday, the Meta Quest 2 is finally back at a reasonable price

Do you remember Paragon? Epic’s MOBA was killed by Fortnite, but he’s about to return