, Bandung – Welcoming its first anniversary, Battlefield 2042 will release its Season 3 entitled Escalation. Like the previous two seasons, EA and DICE promise that this new season will have more new content. Moreover, season 2 shows that this game has grown compared to when it was launched. 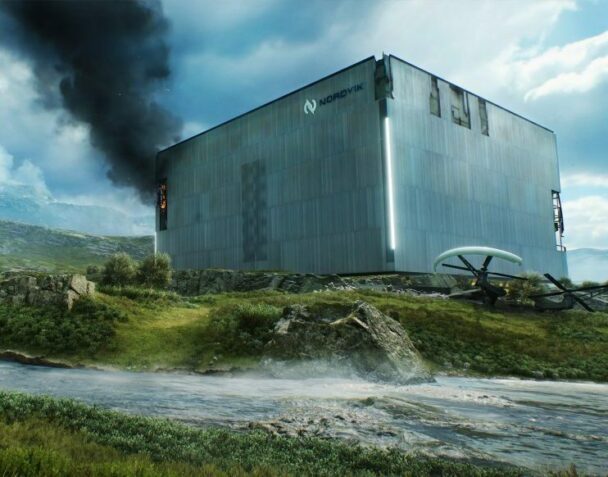 Battlefield 2042 presents its newest map, Spearhead. The map takes place in the wilds of Sweden as well as around two high-tech weapons manufacturing factories. Interestingly, this is the first Battlefield map set in Sweden. Players can fight in the wilderness or in factories. 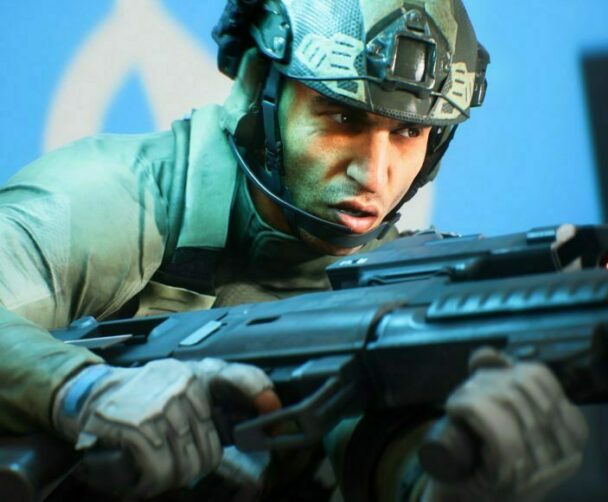 Just like the previous two seasons, Battlefield 2042 adds a new specialist in Season 3. He is Rasheed Zain who is an Assault specialist from Egypt.

Zain has the advantage of healing faster after defeating enemies than other specialists. This is due to its strong persistent nature. The new Specialist has the XM370A Airburst Launcher’s signature weapon which is suitable for close-quarter-combat (CQC).

Rasheed Zain will be one of the unlockable rewards in the free tier Battle Pass Season 3.

When Season 3 starts, all specialists will be sorted by their respective class. It’s not complete until there, each of them will get specific equipment, gadgets, and weapon skills. That said, the new system won’t be finalized until the start of Season 4.

Other Details on Season 3 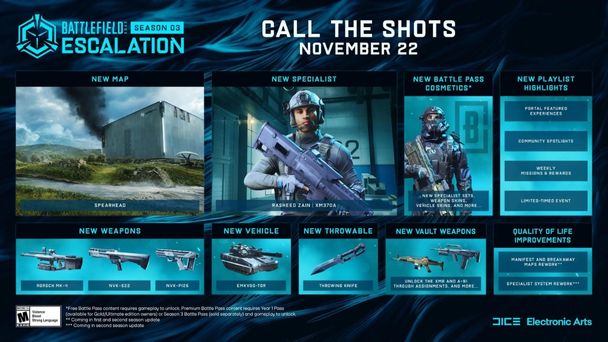 Everything that is coming in Battlefield 2042 Season 3

Along with a new specialist and class system, Battlefield 2042 begins to feature three new high-tech weapons. The three are the Rorsch MK4 railgun, NVK-522 shotgun, and NVK-P125 pistol. There is also a Throwing Knives throwable weapon. Throwing Knives itself has been a popular weapon in previous Battlefield titles. All of these weapons become unlockable rewards in the free-tire Battle Pass Season 3.

Not only weapons, the EMKV80-TOR tank will also be present in Season 3. There are two modes in this tank, namely Mobility for fast mobility and Siege which can shoot quickly. This tank also has a railgun that can keep the enemy from moving.

Despite the poorly received launch by players, EA and DICE remain committed to continuing to develop Battlefield 2042. For example, Season 2 has received great acclaim from its loyal players. It seems that EA’s ambition to show that this game has grown from before will still continue.

Andriy BORYACHUK: "There was confidence that everything would be fine in Krivoy Rog"

The full soundtrack for Warhammer 40,000: Darktide is now available

Ubisoft and Riot Create AI to Reduce Toxic in Games