Starts of the week:

Shiffrin started with a winning double

Last weekend in the Finnish Levi, at last, on the fourth attempt, the Women’s Alpine Skiing World Cup started. Earlier, we recall, were canceled starts in Solden, Zermatt/Cervinia and Lech/Zurs. In the last two cases – due to lack of snow, in the first – on the contrary, due to heavy snowfall on the day of the race.

At the same time, the International Ski Federation (FIS) has already decided not to transfer the canceled competitions to other places. By what principle the FIS determines which starts to transfer and which to cancel remains a mystery. As well as what the problem is to hold them later – the season has just started, there are enough reserve dates in the calendar. The only good news is that the women were canceled by two high-speed and technical starts, that is, the balance of the calendar was saved. But for men, two high-speed starts and one technical start were canceled – here the balance has already begun to be disturbed.

For the third year in a row, the format of the stage in Levi differs from the traditional one: if earlier men and women competed here, now there are two women’s starts. At first, these changes were due to anti-covid measures (to minimize the crossing of men and women), but in the end it was seen as a good idea on a permanent basis: there was a lot of talk about the slalom track in Levi for men being too easy.

The winning double in Levy was designed by Mikaela Shiffrin. It seems as if there was no 8-month pause: the American brilliantly played the final of last season in Meribel and Courchevel, and just as well started this season. Shiffrin now has 49 World Cup slalom victories in his career – the anniversary is near. 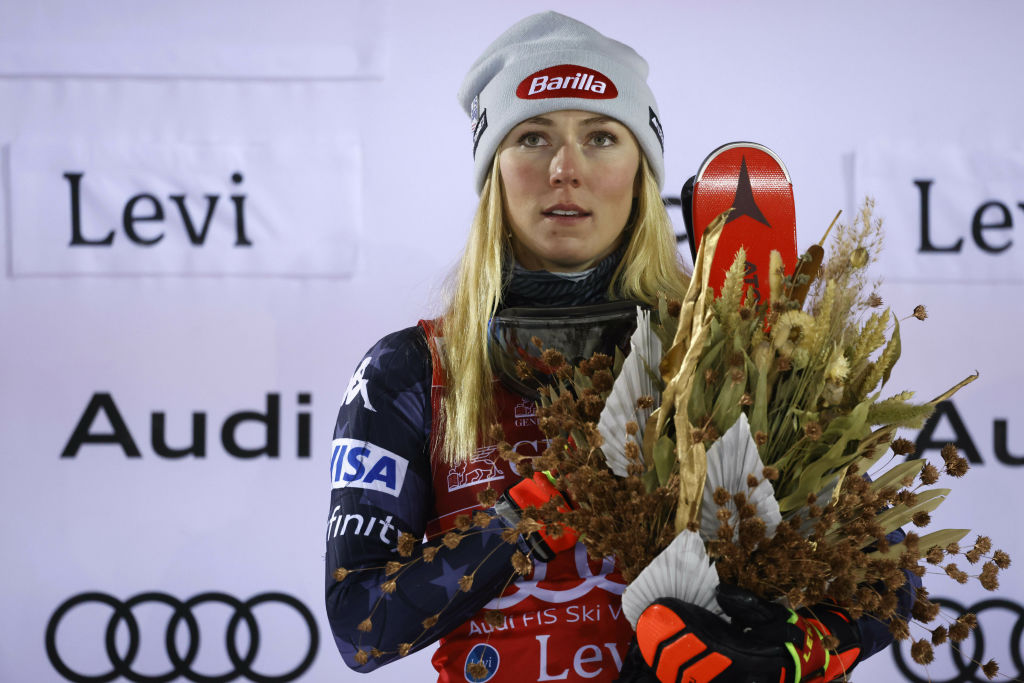 Like a year ago, both starts in Levi produced very similar results: two wins for Shiffrin, two thirds for her main rival, Petra Vlhova, and two fourths for Lena Duerr. Which suggests that the results were natural. As for Dürr, the German can hardly be satisfied with her fourth place on Saturday. After the first attempt, she was in the lead, and with a pretty solid margin by the standards of the Levi track, 0.55 seconds over Shiffrin. However, the second race performed by the German turned out to be a failure: only 14th place in the net time of the second attempt. And the poor condition of the snow cover cannot be explained: in Lapland at this time of the year there are already tangible minuses, and the snow sheet holds up very well.

On Sunday the second was Wendy Holdener, and the Swiss was really close to victory – her second attempt was very cool. Holdener’s results in slalom have long been the talk of the town: Sunday’s podium was already 30th in her career in this discipline, and there is still no victory. It is impossible not to mention the disastrous stage performed by another Swiss star, Michel Gisin: she retired on the first attempt on Saturday and only the 16th result on Sunday.

On Saturday, Anna Svenn-Larsson was second, and the entire Swedish team performed well. Seventh was Sarah Hector, and ninth was the main discovery of the stage in Levi, 20-year-old Hanna Aronsson Elfman, who had never risen above 15th place in the World Cup before. On Sunday, Svenn-Larsson retired in the first attempt, but her teammates, surprisingly, confirmed their level: Hector was fifth, and Aronsson Elfman was 11th.

The Croatian national team was also pleasantly surprised. Sixth and seventh places respectively on Sunday were taken by Leona Popovich and Zrinka Lutić. Despite the fact that Lyutich was seventh on Saturday after the first attempt, but she got off on the second attempt. The 18-year-old Croatian became the world junior champion in slalom in March, and then sensationally became the fifth at the World Cup final in Meribel – it looks like a new young star is ignited in the World Cup. Popovich’s sixth place on Sunday is also not an accident: on Saturday she rounded out the top 10. 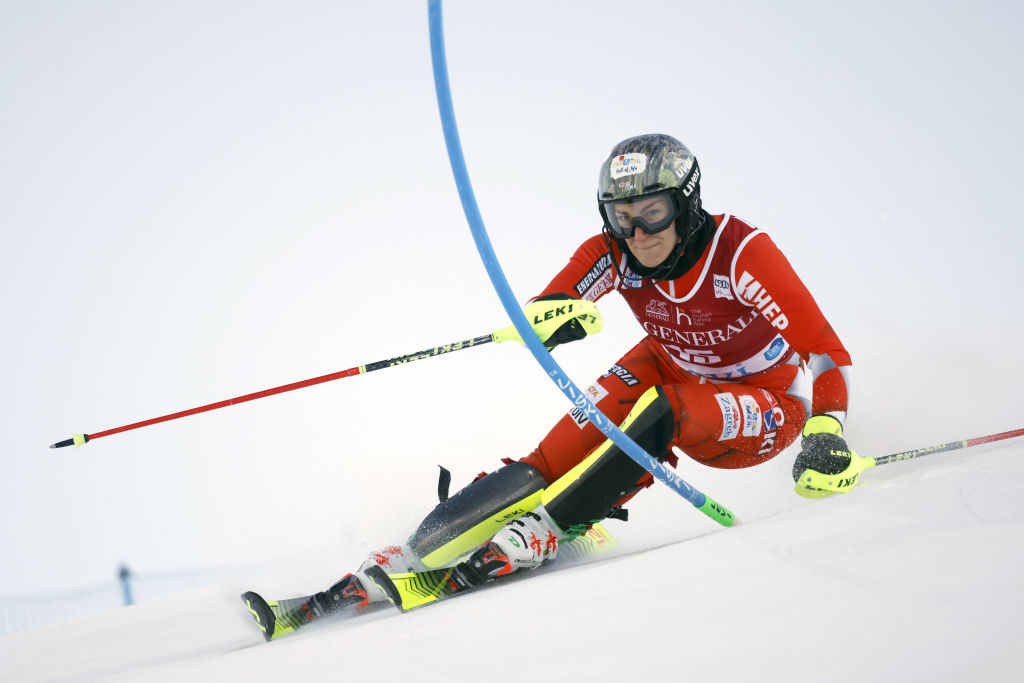 And on Saturday the top-6 was closed by Anna Buchik. A very important result for the Slovenians, given that recently the team’s main young hope, Andreja Slokar, tore her cruciate ligaments in her knee and was out for the rest of this season.

But the main failure of the stage in Levi can safely be called the Austrian team. Team leader, reigning world champion in slalom Katarina Linsberger, took only 11th and 8th places. And the main problem is that both times she was the best in her team: on Sunday, none of the Austrians except her made it to the top 20 at all!

Also disappointed Martina Dubowska. For the experienced Czech, Levi is the favorite track on the World Cup calendar. Moreover, for a long time, Dubovska could not show a solid result on any other track at all. And by her standards, the 18th and 13th places in Levi are a failure.

The biggest disappointment this weekend was for Charlie Guest. The 28-year-old Briton approached the start of the season in very good shape, on Saturday she was ninth after the first attempt, but on the second track she retired. On Sunday, Guest retired already in the first run, despite the fact that after three intermediate cut-offs she showed the best time, ahead of Shiffrin, Vlhova and company. This is how it happens: great form, good speed, and as a result – 0 points in two days. 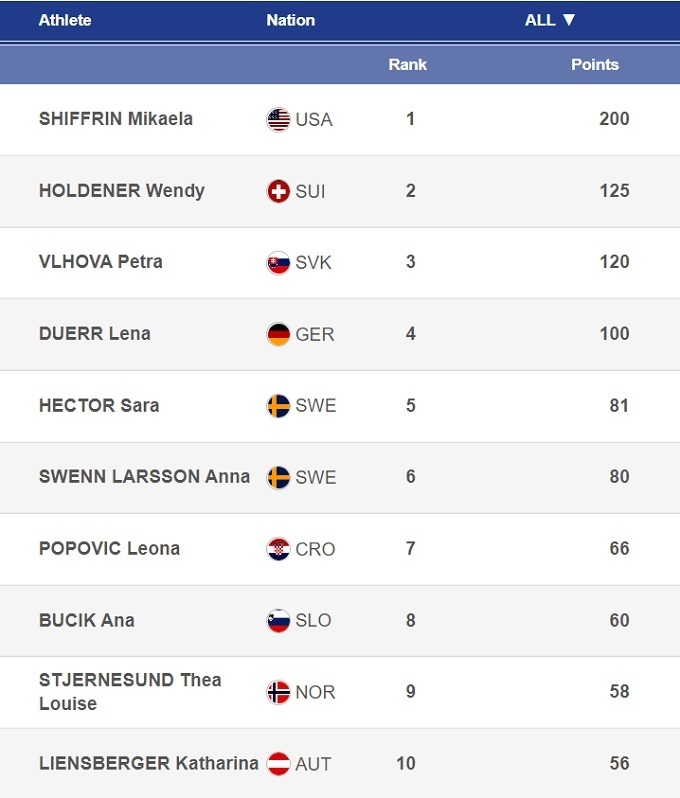 Serbia – Switzerland. Starting line-ups for the decisive match in Group G are known

Group H. South Korea left Uruguay out of the playoffs

Star Wars Jedi: Survivor will be present at The Game Awards 2022, for Tom Henderson

FIFA 23: “I’m on the blacklist”, this streamer compares FUT to a pay-to-win and EA does not give him gifts!