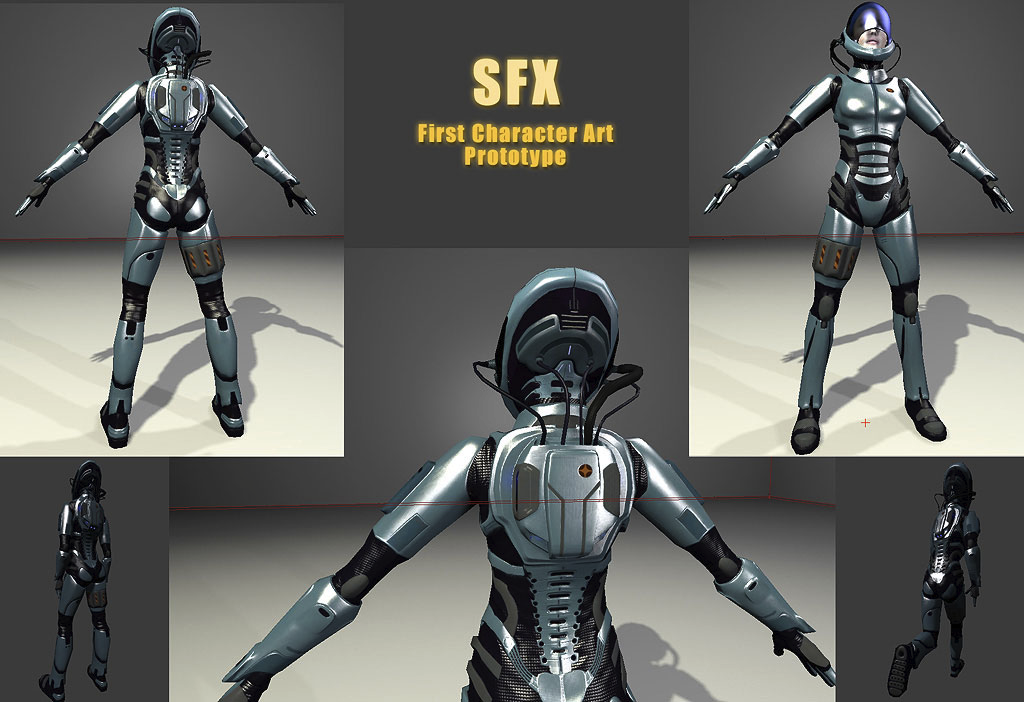 Mass Effect turned 15 on November 20, and the unofficial Mass Effect News Twitter account celebrated the occasion by bringing together some of the prototypes – illustrations, videos, and documents. While this is nothing new (a scanned document from 2003 has been roaming the internet for over a decade), it’s still interesting to look back.

First, when Casey Hudson pitched the idea on September 15, 2003, the game was supposed to be called “SFX” rather than Mass Effect. Other proposed titles later appeared, some of which went as far as logo design, such as The Epsilon Effect, Biowar, Element Zero, Element, The Oculon, The Optigon, Unearthed, Nebula: Guardians of the Citadel, Star Citadel, and The Citadel.

One of the main features of SFX was to be multiplayer trading, with the entire online economy made possible by Xbox Live, in which “you can meet up with friends online in the game’s dedicated locations to chat and trade valuable items in a virtual environment”. This will allow players to “create powerful items that are not possible without online trading” and earn money through a “dynamic in-game economy.” It’s a bit like EVE Online, or maybe a modern live service game, especially when it comes to the additions made possible by regular updates such as “new locations, special items, new quests, and online news about top players.” “.

Much of what is described in the presentation matches what we ended up with, from the basics of the setting to the idea of ​​a gameplay based on what BioWare had previously done with Star Wars: Knights of the Old Republic, only making it “more accessible for the main audience. Features such as having a “small group of 2 or 3 people chosen from a larger group” and exploring the galaxy through “jump gates” that make long-distance travel easier while local travel is possible with your ship’s onboard FTL engine have been around since the very started out with some minor differences, some of which will eventually be implemented in Mass Effect 2. Your starship can be upgraded, and there was also the ability to switch to other party members in combat.

The January 8, 2004 early story outline also contains a lot of the basics of the action. However, he describes Earth as the game’s starting location, after which your home base will be a space station called “Star City” rather than the Citadel, and from which you can “set up new jump stations and expand the galactic frontier”. When searching the galaxy for artifacts belonging to a vanished creator race that left technology behind, you will learn that “humans were created as a slave class of the creator race millennia ago.”

The theme also brings together the first SFX prototype, showing that shooting people behind crates in warehouses has been a part of Mass Effect since the beginning. It also includes a video that collects gameplay trailers from much later development, including some of the things eventually cut from the first game, such as destructible environments, direct control of squad members in combat, and a mining mission. in a world called Caleston, which will be combined with Liara’s rescue mission on Terum – along with a scene where Shepard interrupts Garrus with a renegade action in the middle of dialogue.

Lawyer on the registry of banned games: the development market will lose growth opportunities