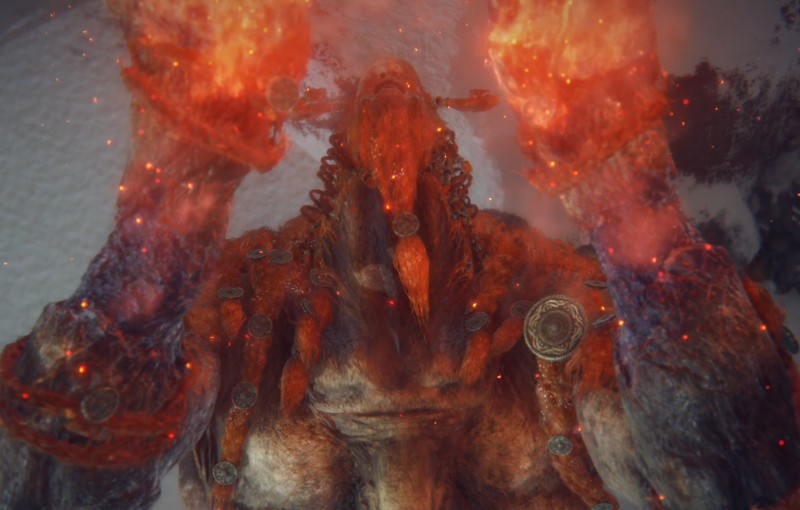 An eagle-eyed Elden Ring fan noticed an unusual resemblance between Jupiter’s South Pole and a Fire Giant known for its massive health pool and tough combat.

One of the key features of the Fire Giant boss fight is his second phase, during which he unleashes his true power. During this phase, a large eye opens on his chest. According to Elden Ring legend, this huge eye is the personification of the Outer god of fire, worshiped by the fire giants. Now one of the players noticed an interesting relationship between the eye of the Fire Giant and the largest planet in the solar system – Jupiter.

Reddit user legendaryjake shared an image showing an uncanny resemblance between the boss and Jupiter. The image compares the eye of the Fire Giant and the storm at the planet’s South Pole, which look very similar. Upon closer inspection, viewers see a distinct pattern of many circular formations in the Fire Giant’s eye. Remarkably, the same circular patterns can also be seen in a storm at Jupiter’s south pole, as shown below.

This suggests that the Outer Gods of Elden Ring may be inspired by real celestial objects such as planets, stars, and asteroids. What’s more, the original post states that other Outer Gods, such as Great Will and Furious Flame, may also have similar cosmic references. The Reddit community has praised legendaryjake’s attention to detail, as evidenced by over twenty thousand likes. People also shared additional information supporting this hypothesis. For example, Jupiter is sometimes called the “failed sun” and the Fire Giants worship a “fallen god”, hinting at a relationship between the two.