The head of the Intel Foundry Service division, which specializes in contract manufacturing of chips, has left his post, according to The Register. Randhir Thakur “decided to look for other opportunities”, but until the end of the first quarter of 2023, he will continue to manage the specified division – during this period there will be a final transition of the department into the hands of the new head. 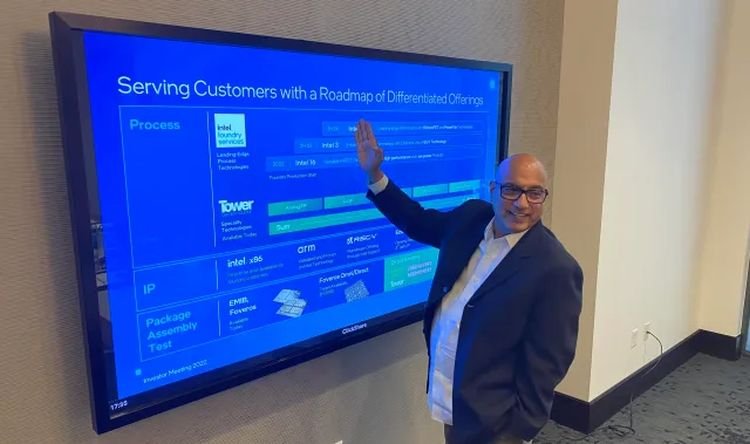 Thakur’s departure became known from an e-mail from Intel CEO Patrick Gelsinger, sent on Monday to the company’s employees. A copy of it was at the disposal of The Register. In conversation with the edition this information was also confirmed by the representative of Intel William Moss (William Moss).

“We are grateful to Randhir for his great contribution to the development of IFS and his efforts to make Intel one of the leading contract chip manufacturers. We wish him all the very best in his future endeavours,” Moss commented.

In his address to the company’s employees, Gelsinger, in turn, noted that he would soon tell “about the new leader of IFS”, and he also noted that Intel had already chosen a new head of the contract manufacturing department of chips, or at least close to this decision.

“Randhir has been a key member of the executive management team for two and a half years and has held several leadership positions since joining us in 2017. He has made a significant contribution to the transformation of the Integrated Device Manufacturing 2.0 strategy, but his leadership qualities have been especially active as the manager of our IFS department,” Gelsinger wrote.

In early 2021, the company revived its Chip Contract Manufacturing division and renamed it Intel Foundry Services. Intel wants to become the leading contract chip manufacturer, thus competing with two industry leaders – Taiwanese TSMC and South Korean Samsung, which produce custom chips for AMD, NVIDIA, Apple and the same Intel. IFS is part of Gelsinger’s new strategy, which has set a key goal for the company to double its in-house chip manufacturing under the so-called IDM 2.0 program. Moreover, according to the new strategy, IFS will fulfill production orders not only for third-party companies, but also for Intel itself, gaining structural independence.

In a letter to staff, Gelsinger also noted that Randhir Thakur has built “a strong team of chip contract industry veterans” within IFS who previously worked at companies such as TSMC and Samsung. He also added that the department “has entered into agreements with several key partners in the mobile and automotive segments,” and also attracted four customers from the RAMP-C defense initiative, which involves a rapid transition from early prototypes to mass production of complex semiconductor components at the most advanced Intel 18A process technology.

“Starting from the second quarter [текущего года] IFS has awarded contracts to seven of the top ten customers in the IC contract manufacturing market, and has expanded its pipeline to produce 35 test chips for our customers. This is huge progress in 20 months,” Gelsinger said.

According to Thakur’s forecasts, Intel Foundry Services could outshine Samsung’s contract chip manufacturing business by 2030. However, IFS has so far generated little revenue for Intel. For the third quarter, Intel Foundry Services generated only $171 million, which is equivalent to approximately 1.1% of Intel’s total revenue for the same period, which was $15.3 billion.

This is the change to make right now on Netflix!

15 minutes of gameplay from the beginning of Evil West

Genshin Impact 3.3: the update with Italian subtitles has a release date

First aid kits: The mini pharmacy for the backpack

PS Plus November 2022 | All new games for Extra and Premium