, Bandung – Pokemon Scarlet & Violet is finally released on November 18, 2022 and is yet another of the most anticipated games. Pokemon’s latest entry is the first mainline game to use the open world concept. Unfortunately, fans found the game riddled with technical issues.

Pokemon Scarlet & Violet Is Full of Technical Problems, According to Players

Loyal fans of the Pokemon games were very disappointed with Pokemon Scarlet & Violet upon release. Although they were very excited since the first announcement, the end product was not satisfactory. They found both full of technical problems.

Fans posted on Twitter about examples of technical issues with Pokemon Scarlet & Violet. An example is found in the Poke Ball. Twitter users such as @YuriaYT and @Snicky974 pointed out that the Pokemon Scarlet & Violet engine has difficulty handling Poke Balls. When their character throws a Poke Ball, part of the world view disappears. After that, the engine takes a few moments to load the asset. In fact, the catches of Pokemon using Poke Balls are not revealed before all of the world’s assets are successfully loaded.

How is this acceptable enough for a release #PokemonViolet #PokemonScarlet pic.twitter.com/NS5cduKVco

In a Reddit post titled “We criticize because we care (Game Freak and the state of modern Pokémon games)”, fans expressed complaints. They wanted Pokemon’s latest entry to exceed its potential. They wanted their fellow fans to air their criticism so Game Freak could see the game get fixed.

Complaints were also raised by reviewers from the media. For example, IGN revealed that there are various bugs in Pokemon Scarlet & Violet. Starting from irregular framerates, sometimes strange character model movement animations, to shadows that often disappear and appear. 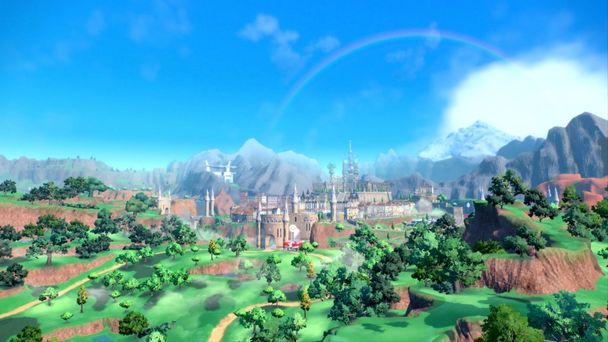 Because of this, Pokemon Scarlet & Violet got a disappointing user score on Metacritic. This is inversely proportional to the metascore. In fact, both received an aggregate score of 77 from critics. Critics praised the open world concept and branching campaign, which haven’t been in Pokemon’s previous mainline entries.

As of this writing, Pokemon Scarlet gets a user score of 2.9, while Pokemon Violet gets 3.6. This is the lowest user score obtained by the Pokemon mainline entry of all time.

So far, Nintendo and Game Freak have not commented on the technical issues with Pokemon Scarlet & Violet

The Lord of the Rings: Rings of Power season 2 - release date for new episodes

Alexander PETRAKOV: “The guys are quite rich, it’s hard not to offend them”