Bloomberg found that relatively young by the standards of the auto industry, the American company Rivian at its plant in Illinois is facing neglect of safety regulations at work. At least 12 employees have filed complaints with regulatory authorities, some of them claiming injuries and other health hazards. 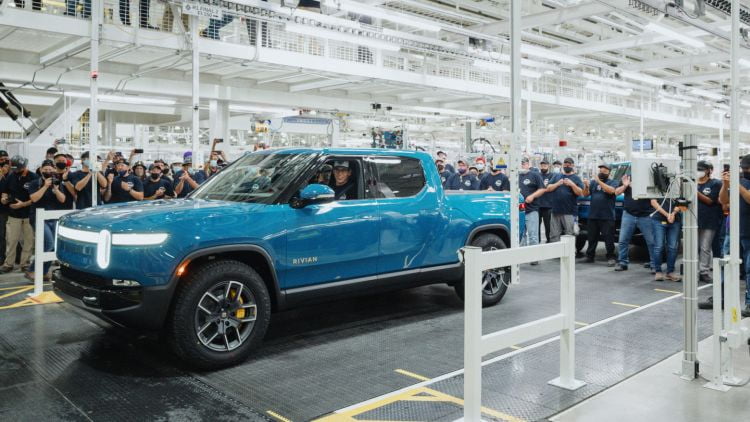 According to the source, everything suggests that in an effort to quickly increase production volumes, Rivian tends to neglect labor protection at the enterprise. Employees complain about the lack of personal protective equipment, violations in the field of fire safety rules and in logistics operations. Staff said some of the workers suffered limb injuries and fractured ribs and there is one known miscarriage in a pregnant worker, which she suspects was caused by workplace fumes in the absence of suitable respiratory protection.

Some employees said that they used cables found in a landfill to power production equipment, and that they were asked to share them with colleagues in operations involving the use of respirators. Rivian’s management ignores such accusations, saying that the rate of industrial injuries at the plant in Illinois does not exceed 2.5 cases per 200,000 man hours, while the industry average reaches 6.4 cases. Since January of this year, the level of industrial injuries has decreased by 44%, according to company representatives. Rivian’s health and safety team of more than 70 people regularly audits and trains in this area. Recently, $70,000 was spent on the purchase of a gas analyzer that allows you to evaluate the composition of the air in industrial premises in the event of smoke and fire.

RATE OF THE DAY. The main matches of the day and popular predictions for November 21

Gungrave GORE: The Overview Trailer is a riot of blood, bullets and explosions

From Flight Simulator to Doom: The Impact of Video Games on Real Life

Sony PlayStation VR 2: we know the price and the release date, it will not be given – Aroged