The Legend of Zelda: Tears of the Kingdom: Next steps taken towards release

The Legend Of Zelda: Tears Of The Kingdom: Next Steps Taken Towards Release

The disappointment among Switch and Zelda fans was certainly great after the successor to Breath of the Wild will not be released in 2022. Apparently, however, further hurdles will be cleared on the way to the release in the new year. 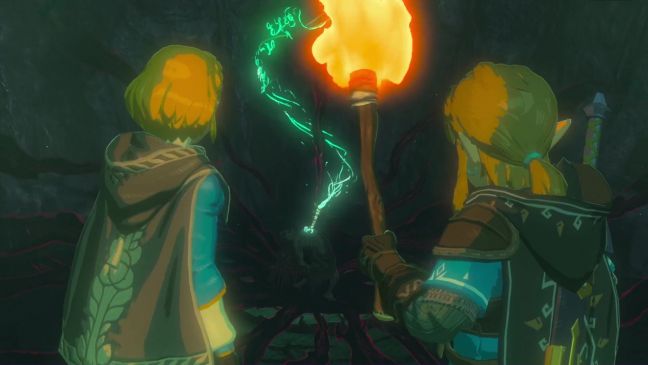 The Legend of Zelda: Tears of the Kingdom, the sequel to the hugely successful Breath of the Wild, is scheduled to be released for the Switch in May 2023 – and Nintendo seems to be on the right track to be able to meet this new date this time . At least in Korea, another hurdle has now been cleared on the way there.

There, The Legend of Zelda: Tears of the Kingdom has now received an age rating for the first time. The Game Rating and Administration Committee responsible there has given the title a rating of 12 years and older. This can be taken as a good sign that the switch sequel is now complete in terms of content in order to achieve the age rating there. Nevertheless, it can be assumed that corresponding steps have already been taken in other countries and that the appropriate game versions are already available from the authorities responsible there.

The Legend of Zelda: Tears of the Kingdom has been rated in Korea: https://t.co/24vSwJb1wk

The 12+ rating is due to the fact that “mild force” is used in the new Zelda. This means that living beings can be attacked and fought in the game. This means that the new Zelda will not be approved for an even younger audience, but Nintendo should certainly be satisfied with this classification.

In September of this year, Nintendo had finally nailed it when it came to the final title of the new Zelda game. Since then we have also known that the sequel to Breath of the Wild should be available from May 12, 2023. Link also takes to the skies, so he probably draws some inspiration from Skyward Sword as well.

The Legend of Zelda: Tears of the Kingdom – Announcement and Release Date Trailer

Black Friday 2022: The Playstation Plus pass on sale will give you the latest exclusives for a year!

The developer complained that she was not mentioned in the credits of God of War: Ragnarok

Marco ROSE: “Mudryk and Stepanenko stand out at Shakhtar”