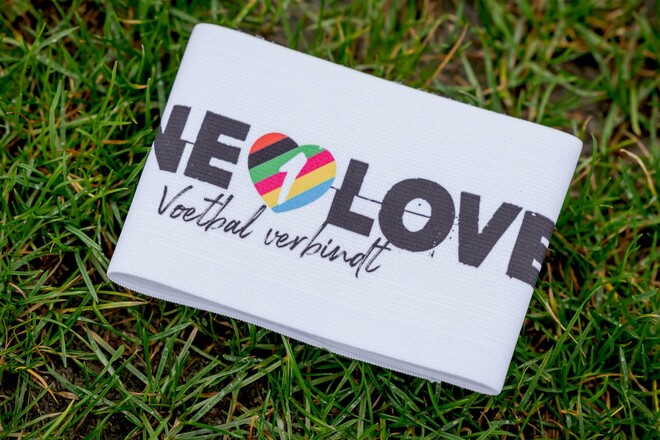 The press service of the national federation of the Netherlands issued a statement regarding the refusal to use the One Love captain’s armband at the World Cup matches in Qatar.

“We are very sorry that we could not reach a reasonable solution through joint efforts. We stand for the One Love message and will spread it, but our number one priority in the tournament is to win. We don’t want the captain to start matches with a yellow card. That’s why we made the decision to abandon our plan.

As previously announced, the KNVB paid a possible penalty for the One Love captaincy, but there was no sign then that FIFA would want to punish us for this on the football field as well.

This is contrary to the spirit of our sport, which unites millions of people. Together with the other countries involved, we will take a critical look at our future relationship with FIFA,” the Dutch federation said in a release.

The One Love call is known to be a symbol of the fight against all forms of discrimination in society.

The Netherlands national team will play their opening match at the 2022 World Cup with the Senegal team on Monday, November 21, starting at 18:00 Kyiv time.

Dmitry PIDRUCHNY: “I can hardly bend my leg”

The Dark Pictures Anthology: The Devil in Me – der Launchtrailer

Current gaming news - the new releases of the week (KW47)