It really is everything this time. You can see that in the finale of the long-lived series The Walking Dead because not only Judith is in mortal danger, but also Rosita’s daughter Coco. And for a moment, it actually looks like Judith won’t survive the end of The Walking Dead: Seriously injured, Daryl takes her to a hospital that’s being overrun by zombies. Since she has lost a lot of blood, Daryl offers to be a donor – and lo and behold, in the end Judith survives relatively unscathed. But not without first telling Daryl that she knows Rick and Michonne are still alive. 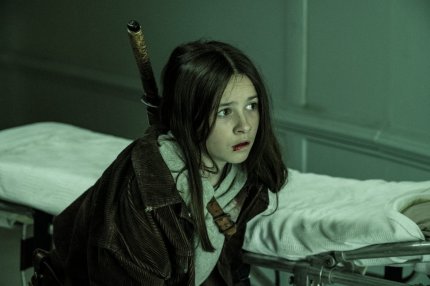 The Walking Dead: Judith fights for her life. Source: AMC/Disney Other survivors are not doing so well. Jules and Luke become victims of the zombies and Rosita doesn’t survive their fight unscathed either. Together with Eugene and Gabriel, she rescues Coco, but she is bitten by a zombie. She entrusts her daughter to Eugene and after a final conversation with him and Father Gabriel, she dies peacefully.

The death of Pamela Milton is not quite as certain, even if most of the heroes would like nothing more than to kill her. She hid in her house and gave orders to shoot anyone who came near. Negan and Maggie therefore have another conversation in which Negan suggests to Maggie that she should let him go on a suicide mission. Because since his wife was about to be executed innocently, he knows what he did to Maggie when he killed Glenn and that she will probably never forgive him. No, she won’t, she replies. But she doesn’t hate him anymore either. Something like a reconciliation finally seems to be beginning between the two. 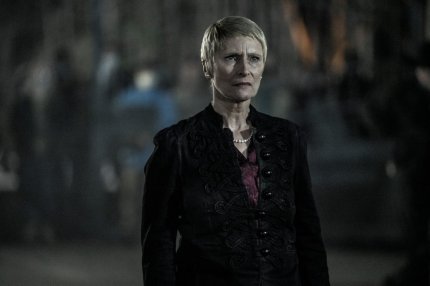 The Walking Dead: Will Pamela Milton accept her defeat? Credit: AMC/Disney Pamela Milton is finally arrested in a concerted effort by all survivors, shortly after Maggie shot her to prevent a zombified Lance Hornsby from attacking her. She will not be killed, for Mercer wants her to live and watch from prison as her vision for the Commonwealth perishes. He and the others then herd the zombies to Pamela Milton’s house, which they blow up. Daryl and his friends once again saved the day.

A year later, the happy ending that has always kept The Walking Dead just out of reach of its protagonists seems to actually exist. Ezekiel and Mercer watch over a rebuilt Commonwealth and the other settlements are back in existence as well. Those who survived live a good life, and even Eugene became happy. Judith got her compass back from Negan and Daryl goes looking for Rick and Michonne. Carol says goodbye to him and they both part as best friends.

The Walking Dead: This happens in “Family”

In “Family”, the penultimate episode of The Walking Dead, Daryl and his friends return to the Commonwealth. Revolution is in the air.

Two of The Walking Dead’s greatest turners – Negan and Eugene – take center stage in “Faith,” the 22nd episode of Season 11.

The Walking Dead: An End and a Beginning 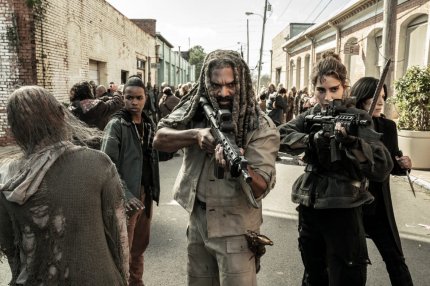 The Walking Dead: The survivors prepare for the last stand. Source: AMC/Disney 11 seasons and 176 episodes have led to “Rest in Peace” – and given that The Walking Dead didn’t have to run that long, the finale as a series ending is absolutely fine. Some characters die unexpectedly and others get their emotional farewell to the spin-off series.

There is even an assurance at the end that Michonne and Rick are indeed still alive and that they will do whatever it takes to be with Judith again. Overall, the team around Angela Kang managed a nice farewell.

The fact that it doesn’t feel final is of course also due to the fact that it has been known for years that at least Daryl, Negan and Maggie will continue in two spin-off series. And Rick and Michonne will probably at least get their own film. Does knowledge interfere with The Walking Dead finale? Only to a limited extent, because that’s how “Rest in Peace” feels less like completion and more like a beginning. The fact that it is now being continued in spin-offs is ok, because after eleven years The Walking Dead more than deserves to be allowed to rest.

OnePlus Collabs Keychron Expects to Make Its Own Keyboard