PC fans who stick with the popular Steam platform have reason to rejoice. Ubisoft has now officially confirmed that Assassin’s Creed: Valhalla will still make the leap there. 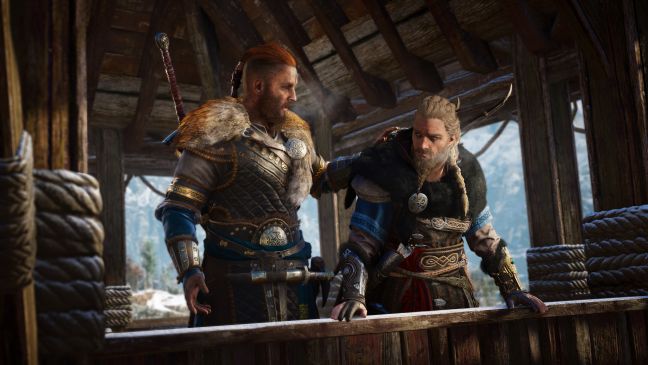 A few days ago, there were already increasing signs that the current Assassin’s Creed: Valhalla could still make the leap to the popular Steam PC platform. If that was still a rumor at the time, there is now official confirmation of this. At the same time, there is already a start date.

Accordingly, Assassin’s Creed: Valhalla will be available on Steam from December 6th. The Steam release goes hand in hand with the publication of the final major update “The Last Chapter”, which was also confirmed for this date yesterday and brings the current series offshoot to a conclusion in terms of content. However, you will then have to do without the coveted New Game+ mode, because Ubisoft has canceled it.

Ubisoft is stepping up its PC efforts via Steam in December, with more PC titles coming to the platform alongside the latest Assassin’s Creed. In addition, Roller Champions and Anno 1800 have also been confirmed for a Steam release.

There were corresponding rumors in advance based on corresponding data records that could already be found in the SteamDB. This is generally a positive development for Steam fans, after all, Ubisoft has been one of the most ardent supporters of the Epic Games Store in recent years and has published its PC versions almost exclusively there, far from its own sales channels. In the future, there seems to be more openness in this regard and wanting to offer PC gamers different options.

The DLC “The Last Chapter” will bring the story of Eivor to an end from December 6th and resolve various open storylines. The update is offered to all players free of charge.

In the coming year, the franchise will continue with the new part Assassin’s Creed: Mirage. The prequel revolves around the younger Basim as the protagonist and will be released for PS5, PS4, Xbox Series X/S, Xbox One and PC – then also directly on Steam? We will keep you up to date!

Netflix: Program for this week - these series & films start at the end of November

Valverde named Real Madrid Player of the Month for October

With Kane in the ranks. Wales and England named starting lineups