Days Gone 2: Petition is approaching the next milestone

Days Gone 2: Petition Is Approaching The Next Milestone

Many players are still waiting for an announcement of “Days Gone 2”. While Sony seems to remain reluctant, the number of participants in a relevant petition is increasing. 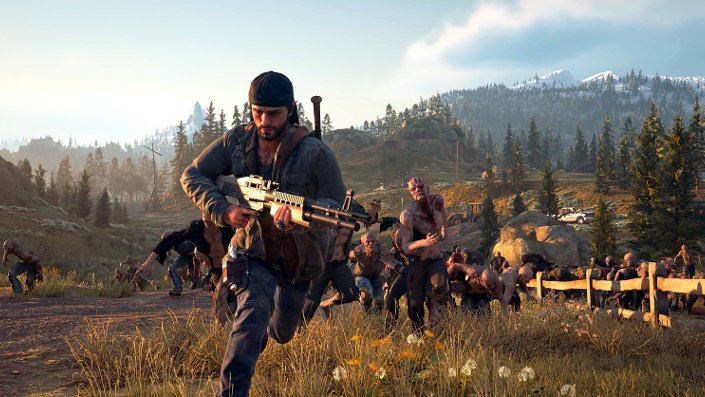 During “Days Gone” with a Meta score of 71 came to rather modest ratings, the players have a completely different opinion: On Metascritic, more than 10,000 participants ensured a user score of 8.4.

So it should come as no surprise that many fans are thirsting for a sequel. But even if Sony Bend already in 2019 expressed an interest in a successor, the wishes remained unfulfilled. Later it was even said that Sony had rejected the sequel and caused angry developers. Instead, the studio is currently working on one new brand with a multiplayer component.

Nice for almost two years fans are trying to make themselves heard with a petition. In it, they ask Sony to give the sequel the green light. The next goal is 200,000 participants and it’s almost reached. More than 180,000 players have voted so far, indicating their interest in Days Gone 2.

on the relevant petition can be attended here.

However, it is questionable whether Sony will be impressed by such a petition. The company pursues its own interests and even 180,000 participants are a comparatively small number since the petition started about two years ago.

Days Gone was released for the PS4 in April 2019. The PC version followed im May 2021. To date, around nine to ten million copies of the title must have been sold, according to former Sony Bend employee Jeff Ross indicated in January of this year.

What do you think of a sequel? Would a possible announcement of Days Gone 2 pique your interest?

Steam autumn sales have started! Here are the featured games