Despite losing to China, Ukraine made it to the playoffs of the World Chess Championship

Despite Losing To China, Ukraine Made It To The Playoffs Of The World Chess Championship

On November 21, the Ukrainian team lost in the 3rd round to the Chinese team (1:3). Andrei Volokitin and Igor Kovalenko lost their games.

Then in the 4th round Ukraine tied with Spain (2:2). Kirill Shevchenko won the game on the 2nd board, but on the 3rd board Igor Kovalenko again lost to the famous Alexei Shirov.

53-year-old team leader Vasily Ivanchuk on the first board he played both his games in one day in a draw.

The Ukrainian national team after 4 rounds guaranteed itself a place in the top 4 groups and reached the playoffs of the 2022 World Cup. China won the group ahead of schedule (8 points out of 8), while Ukraine shares the second place with France (5 each), followed by Spain (4), the Netherlands (2), South Africa (0).

On November 22, in the last round of the group stage, Ukraine will play against the Netherlands. This game affects the final place in the group, which determines the opponent in the playoffs.

The 12 best teams in the world are divided into 2 groups of 6 teams that play in a round robin system. The top 4 teams from each group will advance to the playoffs. 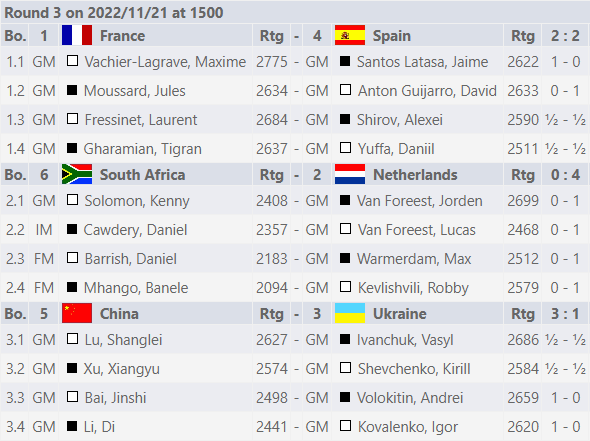 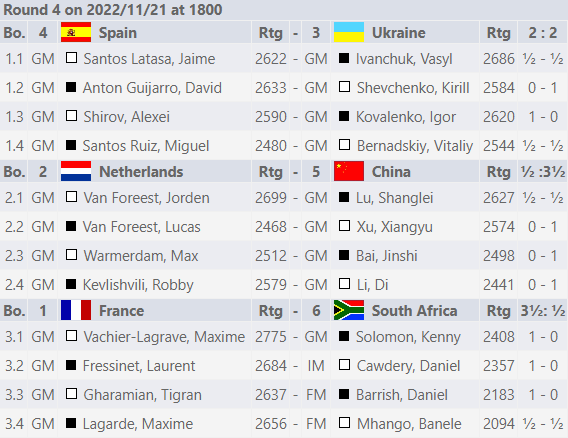 Goncalo Ramos: “Ronaldo spoke to me the same as to everyone else”

VIDEO. What Morocco’s winning penalty looked like in the match with Spain from the stands

Tyson Fury: Usyk is an old man, worn out by his amateur career

'Avatar: The Way of the Water' movie length confirmed

Lionel MESSI: "I have one last chance to realize a great dream"

According to the game director, the development of Lies of P is almost completed