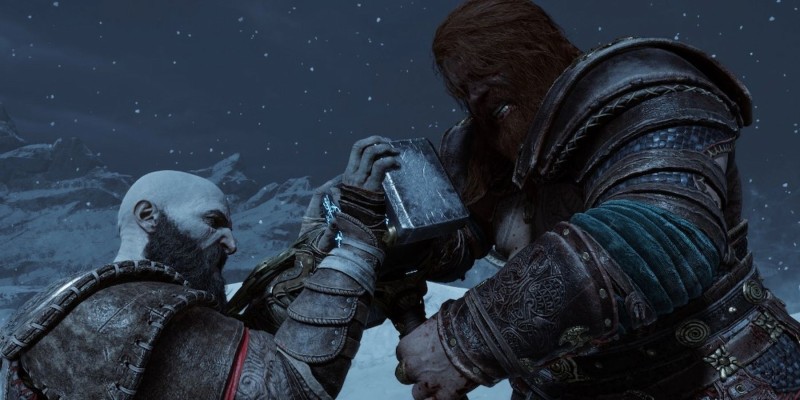 In an interview with the IGN Beyond podcast, Williams detailed the decision-making process behind Kratos’ Scandinavian weapons arsenal. The clash of Kratos and Thor was heavily teased in God of War, and Mjolnir is arguably one of the most famous aspects of Norse mythology. However, Williams wanted a weapon that would shatter expectations and represent Kratos’ status as a general, so they chose Draupnir’s Spear.

The weapons are also designed to be seen as a parallel to Thor’s Mjolnir, with Williams referring to them as “weapons of good and evil” respectively. Williams went on to elaborate that the weapons reflect the worldview of the two characters. Thor rips frost giants apart with Mjolnir in an insane lust for battle, while Kratos’ Draupnir Spear demands precision and represents “his will as a general with a mindset”. Ultimately, Williams felt that Mjolnir was too obvious a weapon for Kratos and that Draupnir’s Spear better represented the character in his “end of everything campaign”.

Combat in God of War is impressive, and while Mjolnir could be a worthy addition to Kratos’ arsenal, it wouldn’t fit into a Williams-based character arc. The Scandinavian saga has transformed Kratos from a ruthless and bloodthirsty anti-hero into a true protagonist.

God of War Ragnarok is out now on PS4 and PS5.

Gameplay trailer for the launch of World of Warcraft: Dragonflight