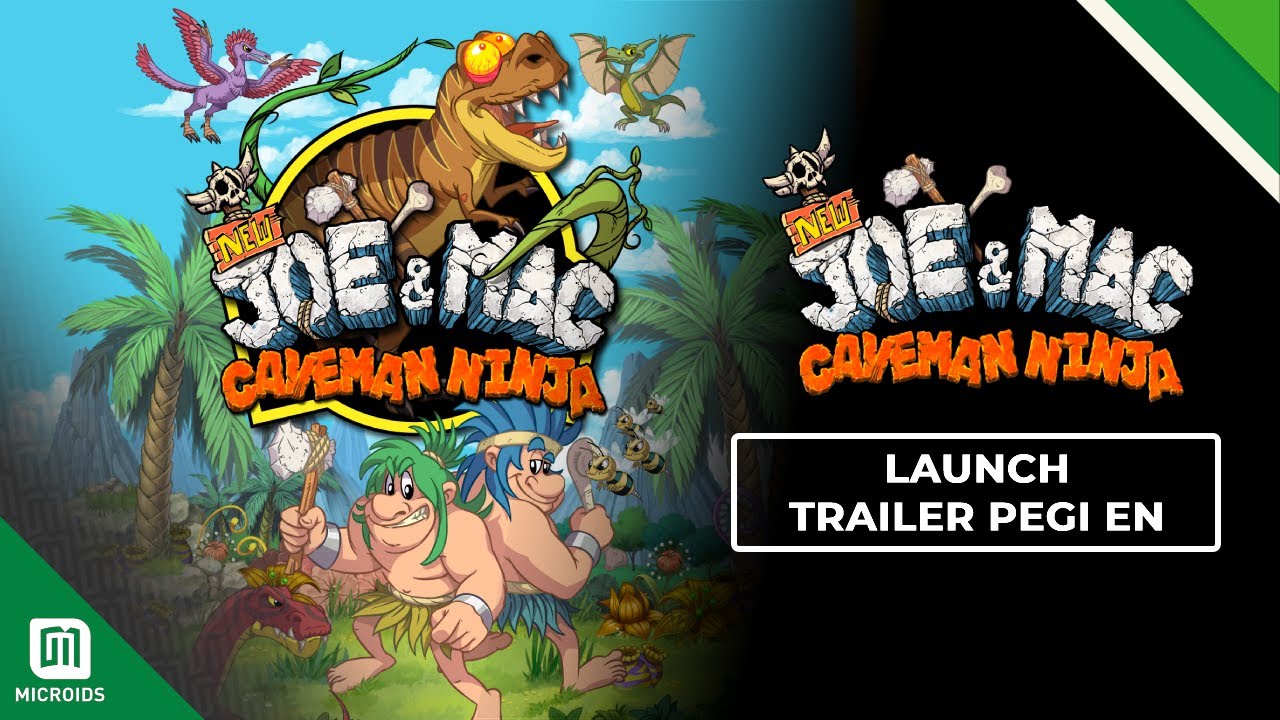 Microids released the launch trailer for New Joe & Mac: Caveman Ninja, along with which they also announced the release date of the game: November 24, 2022, which is only a few days away. It will be available immediately for Nintendo Switch, PS4 and PS5 digitally. Physical editions for Nintendo Switch, PS4 and PS5, and digital editions for PC and Xbox Series X|S will arrive on December 1, 2022 instead.

Back in the days when “rock ‘n’ roll” meant granite rocks and “fast food” consisted of a snatchable lunch, two cavemen named Joe and Mac lived a quiet life in their peaceful village. Peacefully until a group of Neanderthals decide to raid their homes and kidnap all the women!

Without delay, Joe and Mac embark on an adventure that will take them down dangerous dinosaurs, carnivorous plants, and fearsome prehistoric antagonists to free their beloved wives! Fully updated graphics hide the soul of a new Joe & Mac game that promises to be brutal and completely insane!

Designed by Mr. Nutz (Toki, Asterix & Obelix: Slap Them All!), this new version of the cult arcade classic invites players to experience a faithful remake, an enriched Arcade mode, a remaster of the original game, and a longer version of the story mode called Extended. Like the original arcade game in the 1990s, New Joe & Mac: Caveman Ninja will feature two-player local co-op. In addition, the game will have a practice mode, a boss race mode, and even a fast track mode!

MSI organized a promotion for all models of gaming laptops, discounting up to 24% at the Commart Game On 2022 event.