Path of Exile is an all-time favorite among free-to-play games. Much to the delight of fans, the action RPG will soon be getting a new expansion and Grinding Gear Games is slowly beating the drums. 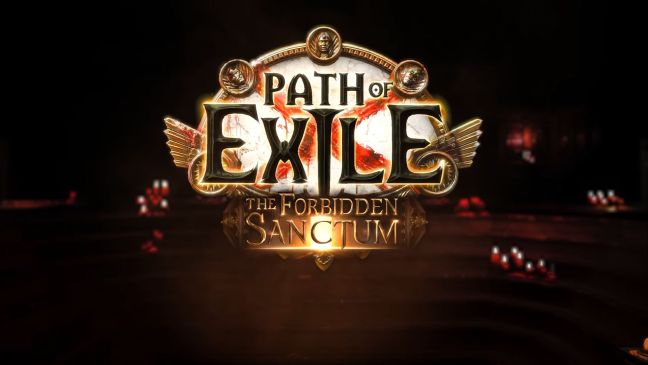 The free-to-play action role-playing game Path of Exile has been making the world unsafe for over nine years and there is no end in sight. On the contrary, developer Grinding Gear Games has confirmed a new expansion and it’s coming very soon. The expansion is called Path of Exile: The Forbidden Sanctum and is scheduled to go live on December 9th for PC, followed by the Xbox and Playstation versions on December 14th.

Before that, the developers want to give you a first glimpse. On December 1st at 8 p.m. the expansion will be presented as part of a Twitch live stream. Watch the live stream to learn all about the new Challenge League and other expansion content. As usual, after the live stream, Chris Wilson will answer your questions live in a Q&A session with ZiggyD. Twitch Drops will be enabled for the live stream.

So it will be interesting to see what the developers have come up with for the new extension. It is just as exciting to see how the already announced sequel will continue. Path of Exile 2 was supposed to be out this year but was pushed way back due to the usual problems caused by the Covid pandemic. According to the current status, the game should go into beta in 2023, followed by a release in 2024.

Due to the shifts in the sequel, it also becomes clear why Grinding Gear Games is adding another expansion for the first. So the fans can be kept happy for a while even without a sequel. There is reason enough for this, the game continues to be very popular and even surpassed the mark of 150,000 concurrent players on Steam in August.

PlayStation 5 with FIFA 23 on sale November 23 from GameStop