Surviving the Abyss on Steam: Creepy city-building on the seabed is coming in early 2023

Surviving The Abyss On Steam: Creepy City-building On The Seabed Is Coming In Early 2023 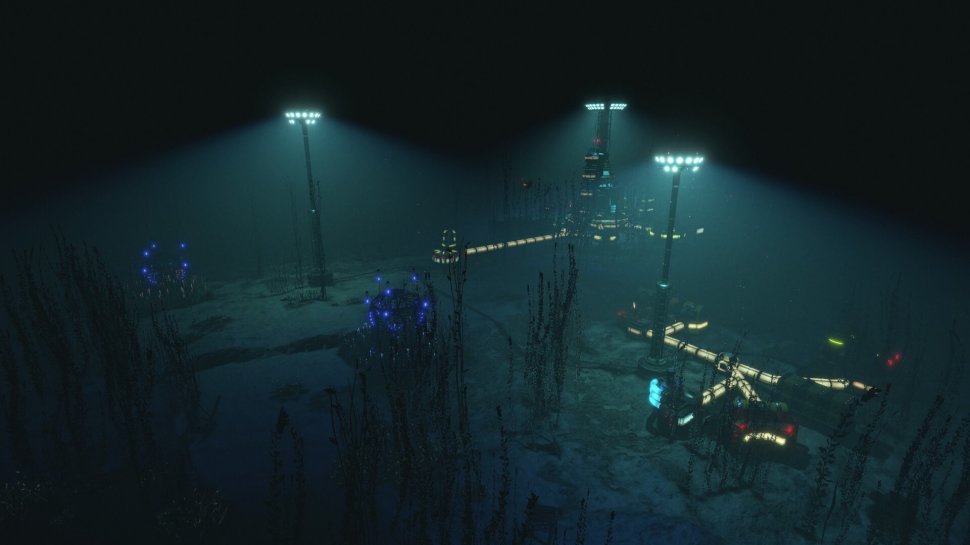 11/22/2022 at 11:41 am by Oliver Jäger – Developer Rocket Flair Studios and publisher Paradox Arc are releasing a new city building simulation into Early Access in January 2023, which takes place in the depths of the sea. In Surviving the Abyss, players must build an underwater research facility during the Cold War era, while keeping their workers alive and protecting them from the dangers of the darkness.

Publisher Paradox Interactive comes up with the next title in the “Surviving” series, this time under the new Paradox Arc brand. In 2018 the first part appeared with Surviving Mars, which was developed by Haemimont Games. Almost exactly a year ago we continued with Surviving the Aftermath. Iceflake Studios was responsible for this title at the time. At the beginning of next year, on January 17th, Surviving the Abyss is waiting to be sent into Early Access. Again the developer studio was changed, because the honor for the new title is now given to Rocket Flair Studios.

Surviving the Abyss – After Mars and the post-apocalypse, now comes the bottom of the sea

The new city-building simulation is set in 1976, during the Cold War, and takes place in the depths of the sea. The player has been tasked with building and managing a deep sea research facility. The goal is to perfect human cloning and use it as a weapon. In order to keep the crew alive, the supply of oxygen, energy and food, among other things, must be maintained. Furthermore, resources for the construction of buildings must be discovered and mined. The exploration of the dark seabed and the expansion on the same characterizes the course of the game.

According to the developers, a sensible construction of the base with the available resources is appropriate so that the survival of the crew can be ensured. This includes important infrastructure for production, research and life support. Buildings and mining facilities can be efficiently connected to tunnels and power lines. The darkness at the bottom of the sea is also prominently integrated into Surviving Abyss. Therefore, it is extremely important for players to set up light sources to banish the darkness. Resources that are far from the base can be secured with scout submarines and outposts.

Also interesting: Survival sim Nobody – The Turnaround with huge success on Steam

Surviving the Abyss can currently be added to the wish list on Steam. Publisher Paradox Arc’s title will be released in Early Access on January 17th. It is not yet known when the deep ocean city building simulation will be released as a full version. If the time comes, we will keep you informed.

Feature that will prevent you from rereading messages from WhatsApp

The Steam Autumn Sale has begun: let's find out how long it will last

Sony aims to expand the China Hero Project, also to compete with Microsoft and Xbox

Ukrainians won gold and bronze at the Volvo Open Cup