The Guardian: Invaders In Kherson Burned The Bodies Of Their Dead In A Landfill 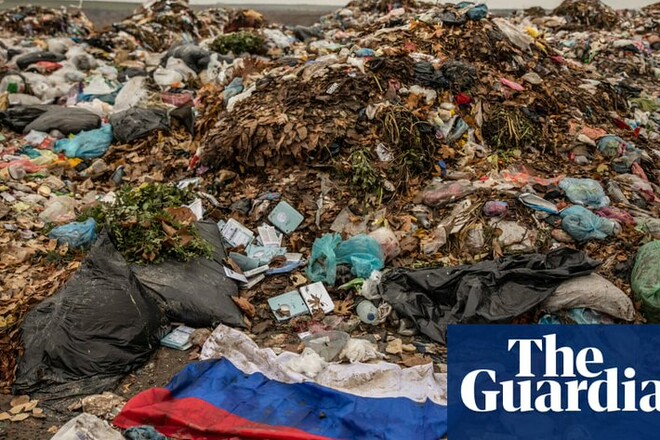 Residents of Kherson reported that during the occupation, the Russians brought the bodies of the dead invaders to the territory of the dump on the outskirts of the city and, probably, burned them there.

According to the residents of Kherson, they were forbidden to approach this landfill, having fenced it off “from prying eyes.”

According to the publication, the reason for such “nervous secrecy”, according to Kherson residents, was that the occupying troops had the goal of dumping the bodies of their dead brethren there and then burning them.

Local residents reported seeing Russian trucks arriving at the dump with black bags, which they then set on fire, filling the air with a large cloud of smoke and the terrible smell of burnt flesh.

Kherson residents believe that in this way the Russians disposed of the bodies of their soldiers who died during heavy fighting in the summer. Although some of them specified that they did not directly see these bodies.

The dump workers say the Russians have chosen the most isolated area of ​​the dump.

The truck driver, also a dump worker, noted that the Russians could mine the area or leave unexploded devices there.

The publication notes that it is not yet able to independently confirm the information received. At the same time, the Ukrainian authorities do not comment on the investigation on this matter.

However, writes The Guardian, the remains of Russian flags, uniforms and helmets can still be seen in the landfill.

Bogdan TSYMBAL: “I want to progress at the next stage”

Adrien Rabiot: “We are ready to play with anyone”

"People can't buy this garbage anymore!": Running With Scissors is happy that Postal 3 has been removed from Steam

Games for less than €20 for Black Friday: The Last of Us 2, Cyberpunk 2077 and many others

Samsung plans to break a record next year with Android 14