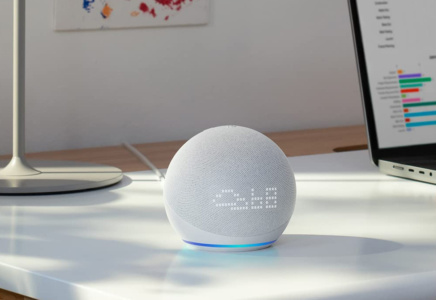 Amazon is now experiencing the biggest layoffs in the company’s history, with plans to cut about 10,000 jobs. One of the most affected areas was the voice assistant Alexa. Business Insider writes about this, detailing the “imminent collapse of Amazon’s voice assistant and hardware division.”

Alexa has been around for 10 years, but the service has never become a source of sustainable income – in fact, it does not make money at all. Alexa is part of the Worldwide Digital group of companies, which includes Amazon Prime video. The division lost $3 billion in the first quarter of 2022 alone, with Alexa accounting for the vast majority of the losses. Business Insider claims that Amazon’s hardware team could lose $10 billion this year.

A number of current and former employees of the company’s hardware department described the situation as a crisis. Nearly every plan to monetize Alexa has failed, with one former employee calling Alexa a “colossal failure” and a “missed opportunity.” The layoffs this month are the end result of years of trying to make a difference. The service was given a big “head start” at the start, it was the “pet project” of former CEO Jeff Bezos. In 2019, a general crisis meeting was held to try to solve the Alexa monetization problem, but it went without a hitch. By the end of 2019, Alexa was facing a hiring freeze, and Bezos began to lose interest in the project around 2020. While the Alexa Echo line is among the top-selling items on Amazon, most devices are sold at cost. In an internal document, Alexa’s business model is described as follows: “We want to make money when people use our devices, not when they buy our devices.”

The hope was that people would start buying things on Amazon using voice requests. However, few agreed to trust AI spending money – as a rule, people prefer to choose the goods themselves. By the fourth year of the experiment, Alexa was receiving a billion interactions a week, but most of the conversations were trivial commands that could not be monetized, such as turning on the lights or talking about the weather.

Amazon has also tried to partner with companies to train Alexa – voice commands help you buy Domino’s pizza or call an Uber, for which Amazon receives royalties. By 2020, the service team stopped publishing sales targets due to its limited use. The team also attempted to portray Alexa as passively incentivizing users to spend money on Amazon, but research showed that the correlation was negligible.

At the same time, Alexa is the third most popular voice assistant: Google Assistant has 81.5 million users, Apple’s Siri has 77.6 million, and Alexa has 71.6 million.

If the third most popular voice assistance service with tens of millions of users is making huge losses, the question arises, are such services profitable at all? Last month, Google announced almost identical problems with the Google Assistant business model. It is not possible to monetize the simple voice commands that most consumers actually want to follow. All of Google’s attempts to monetize the assistant through display ads and partnerships with companies have failed. Due to the fact that the product was eating up server time and causing large losses, Google reacted in the same way as Amazon, reducing the division’s resources.

While Google and Amazon are competing in a price war by offering services at cost, Apple’s smart speaker plans are more focused on straight-forward profit. HomePod’s original price of $350 was a lot more than the competition, but it was a more sustainable business model. However, the Apple device was generally not liked by consumers and the project was curtailed in 2021. The mini-version is still on sale for $99 and Apple does not abandon the idea of ​​​​a large column, although the prospects for the development of the direction are vague.

This LEGO Harry Potter On Sale Will Soon Be Disappearing Forever

MESSI: “My skills were given to me by the Lord, but I also worked on myself”