By the end of 2022, three new raids will appear in MMORPG Summoners War: Chronicles

The developers of MMORPG Summoners War: Chronicles have published a roadmap with plans for updates until the end of 2022. According to it, three new raids and three new monsters will be added to the game: November 24, December 8 and December 22. December also sees some PvP content and a new dungeon. In addition, along with each update, they promise to launch four events.

The authors warned that the content presented on the roadmap and the timing of their appearance can be changed if necessary.

Recall that the release of Summoners War: Chronicles took place on November 10, 2022, but only in the US and Canada. The game is available on PC and mobile devices running iOS and Android. 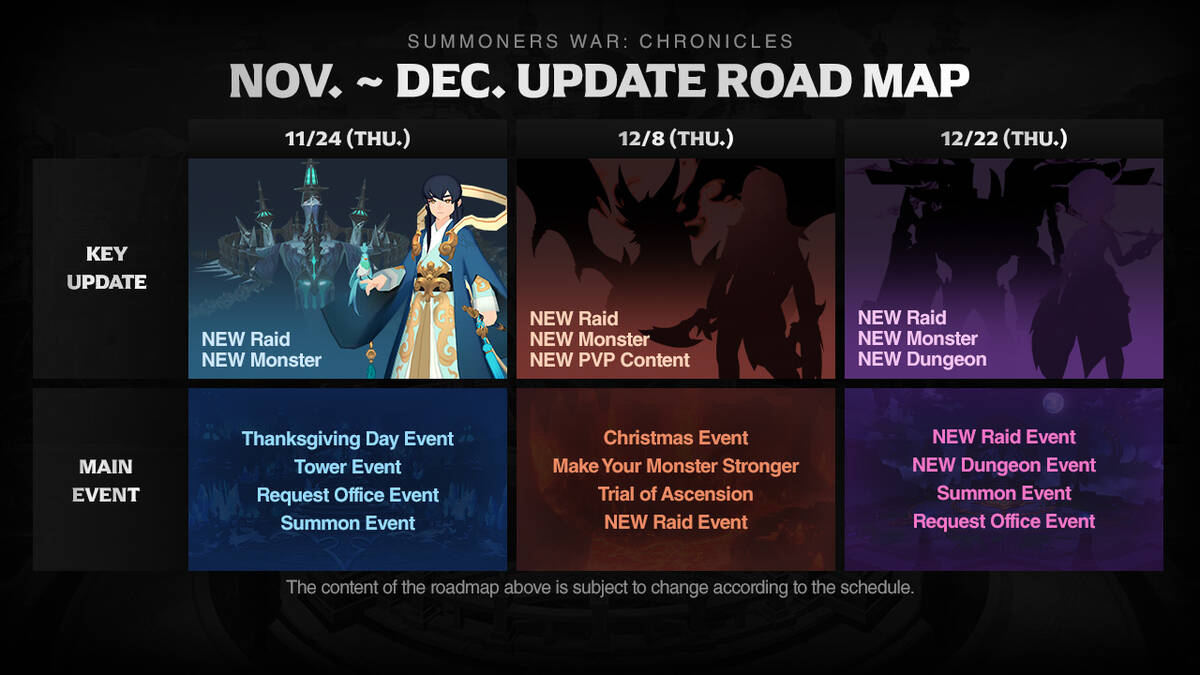 Ahead of Geforce RTX 4060: Nvidia Reportedly Full Switch to GDDR6X on 3060 Ti

Here Are the Winning Games of the 2022 Golden Joystick Awards! • Aroged

These Airpods Pro competitors are much cheaper for Black Friday

Xbox Game Pass: First game reboots for November 2022 – that’s what you can expect