In cooperation with GfK Entertainment, Game, the association of the German games industry, provided the local software charts for the month of October 2022. Even though “Call of Duty: Modern Warfare 2” celebrated a successful launch, “FIFA 23” managed to defend its top position in the German software charts last month. 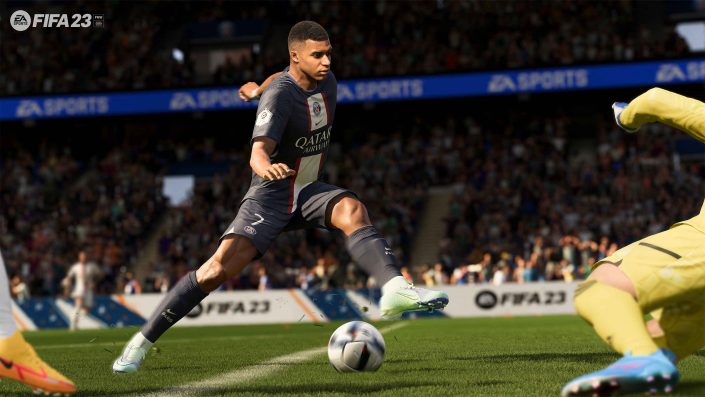 Of course, plenty of video games were also sold in Germany last month. But which titles were the most successful in October 2022?

This question is answered by last month’s official software charts, which were made available by GfK Entertainment and Game, the association of the German video game industry. Last month, EA’s football simulation “FIFA 23” took the top spot, successfully defending first place against a well-known newcomer.

We are talking about Infinity Ward’s shooter “Call of Duty: Modern Warfare 2”, which had a successful start in Germany and sold more than 500,000 copies in the first three days. As a result, “Modern Warfare 2” received the “Game Sales Awards Special Prize”.

More newcomers in the top 20

The other places are dominated by Nintendo’s Switch. While the long-running fun racer “Mario Kart 8 Deluxe” found itself in third place in October 2022, the colorful multiplayer shooter “Splatoon 3” ended up in fourth place. Followed by another newcomer in the form of the strategy title Mario + Rabbits: Sparks of Hope and the sports mini-game collection Nintendo Switch Sports.

Other newcomers to the German software charts in October 2022 include the Switch-exclusive action firework “Bayonetta 3” in tenth place, the dark action role-playing game “Gotham Knights” in 12th place and the action game developed by Asobo Studios. Adventure “A Plague Tale: Requiem”, which entered the charts at number 17.

Here are the complete top 20 of the past month, in which only the sales figures for the German retail trade were taken into account. 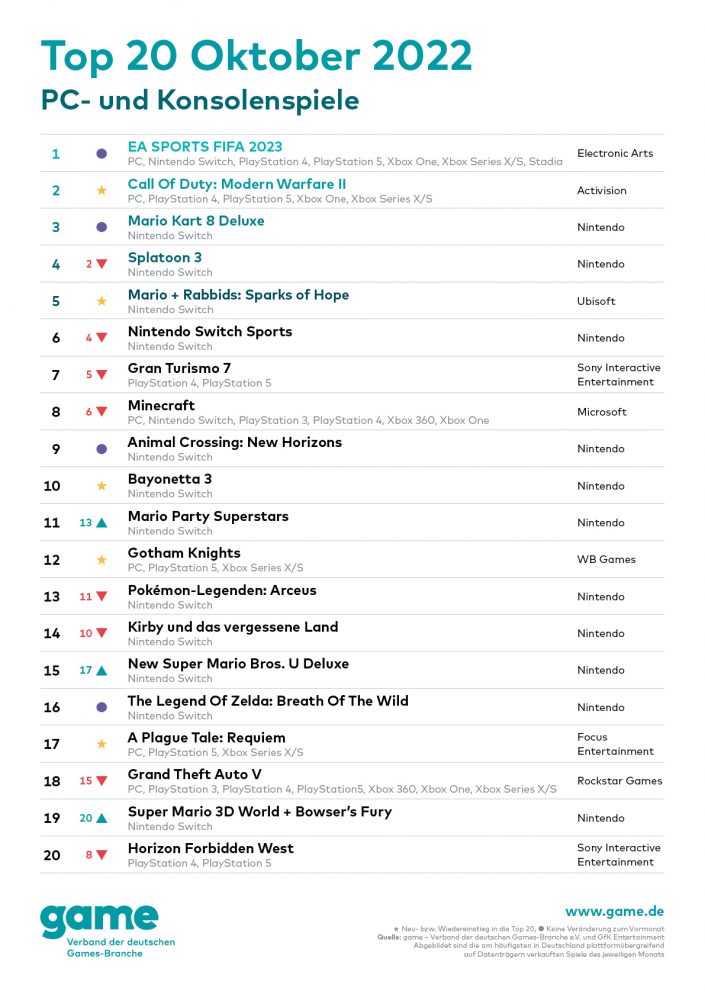 Deux Ex GO closes its doors together with three other games from Studio Onoma, formerly of Square Enix Montreal

The American antitrust could sue Microsoft for the acquisition of Activision

The Last of Us 3 and Uncharted Trilogy for PC: Naughty Dog gives hope