God of War: Ragnarök: Brings in a record sales start for Sony

The first figures from Great Britain already suggested an excellent start for God of War: Ragnarök – now this has also been officially documented by Sony. 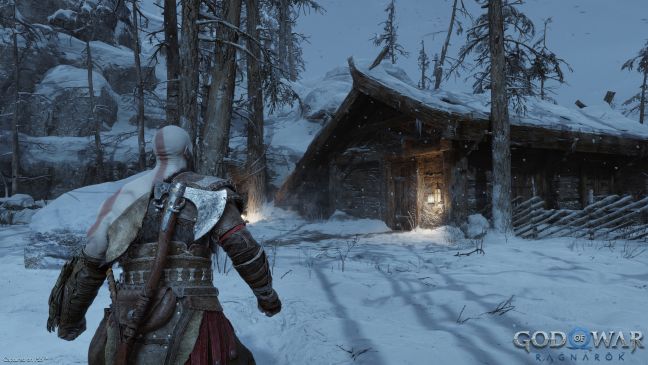 With the new God of War: Ragnarök, Sony has landed the top hit it had been hoping for. The game not only convinced the press and critics, but is also an absolute box-office hit commercially. Players literally smashed Sony’s doors and helped set the new God of War to a new record.

As confirmed in a tweet via the official PlayStation account, Sony Santa Monica’s new action game has become the fastest-selling first-party title in all of PlayStation history. In any case, Sony’s players have not yet smashed the doors for an exclusive first-party game!

According to the announcement, a whopping 5.1 million copies of the title released for PlayStation 4 and PlayStation 5 were sold in its debut week. After confirming earlier this week that the new God of War is the fastest-selling installment of the franchise in the UK, the same is now true globally. In this respect, the game now replaces Naughty Dogs The Last of Us: Part II from the place in the sun.

Side note: Sony Santa Monica has also released a new update for the game, bumping the title to version number 2.04. Included are some minor bug fixes and various adjustments. Among other things, a problem should be a thing of the past that some players were not able to adjust the difficulty level in the game. And: A rare crash in the weapon menu has also been fixed.

Is it actually that good? – Gaming session on God of War Ragnarok

We had to wait a long time for it, but now God of War Ragnarök has finally appeared. How good is the sequel to 2018’s God of War? Felix played the first hours for you.

God of War Ragnarök: Most Successful Playstation Launch Ever!

Destiny 2: Users find an exploit for the Eliksni Quarter event and complete it in no time

Berserk: the limited variant of Panini Comics sold out in twenty minutes. Bagarini are already reselling it at crazy prices

Mass Effect 5: a cosmic treasure hunt launched by BioWare for its space action-RPG