Golden Joystick Awards 2022: Elden Ring is the ultimate game of the year

The winners of the 2022 Golden Joystick Awards are known. Unsurprisingly, “Elden Ring” was voted the ultimate game of the year. The RPG hit received several awards. 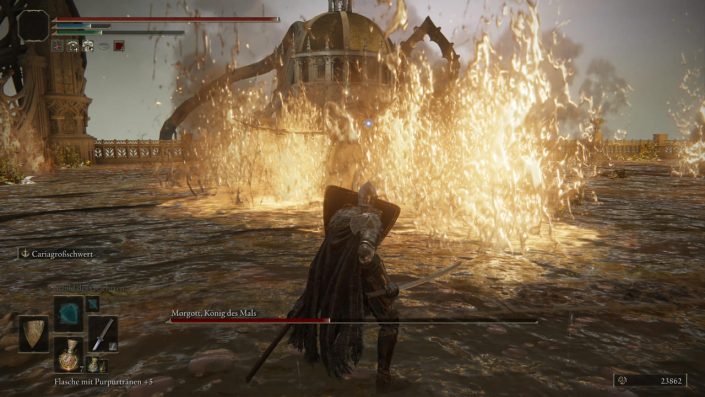 From Software’s “Elden Ring” was named Ultimate Game of the Year at the 2022 Golden Joystick Awards. However, it is not the only award that the title has received. There were also awards for best visual design and best multiplayer game, as well as the critics’ prize.

The developers of “Stray” were also able to pick up a prize. The title was named Best PlayStation Game at the 2022 Golden Joystick Awards, while Horizon Forbidden West received an award for Best Story.

During the “Goat Simulator 3” could not convince completely, the announcement trailer helped the title win an award. “Metal Hellsinger” on the other hand was able to impress with the best music.

Other award winners include “Genshin Impact”, “Cult of the Lamb”, “Final Fantasy 14” and the portable gaming system Steam Deck, among others.

The winners of the 2022 Golden Joystick Awards

The winners are listed below:

Another award will take place in a few weeks. The Game Awards 2022 will take place on December 8, 2022. This year, too, there will be numerous game presentations during the event, even if the show should be somewhat reduced overall. A look at the nominees you can throw here.

Overwatch 2: Ramattra's abilities will be revealed this week with a gameplay trailer

Aroged: In Russia, they proposed to determine the legal status of "loot boxes" and game currency

Oppo Find N2 and Find N2 Flip: an announcement date is looming for these opponents of Samsung