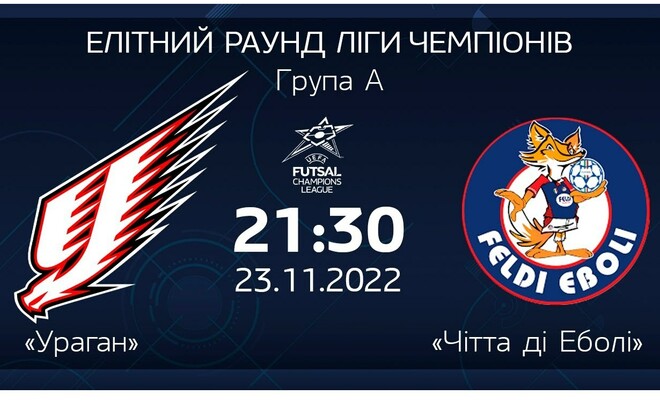 On Wednesday, November 23, Ivano-Frankivsk “Hurricane” starts in the elite round Futsal Champions League. The first rival of the “dragons” will be the Italian “Feldi Eboli”. The match will take place in the Italian city of Aversa at the site of the Palaiacazzo arena. The game will start at 21:30 Kyiv time.

Ivano-Frankivsk entered the elite round from the 2nd place in the main round group, which also includes Benfica (Portugal), Haladas (Hungary) and United Galati (Romania). Hurricane represents Ukraine in the Champions League for the third time in its history.

In another match of the 1st round of group A, Sporting (Portugal) and Loznica (Serbia) play.

Minus 3 kg per match. The coach of the Brazilian national team spoke about the peculiarity of Fred

Pidruchny told details about his injury

For Messi. FIFA upholds referee’s decision to award a penalty against Poland

Sony thinks Microsoft is trying to turn it into Nintendo

Anatel homologates ClassVR virtual reality headset for use in schools

Xbox Store: These games will be released in the new week KW47/2022