Smartphones, laptops and even tablets: until November 30, Honor is melting the price of its best products with discounts of up to 150 euros. The flagships of the Chinese brand have never been so affordable. 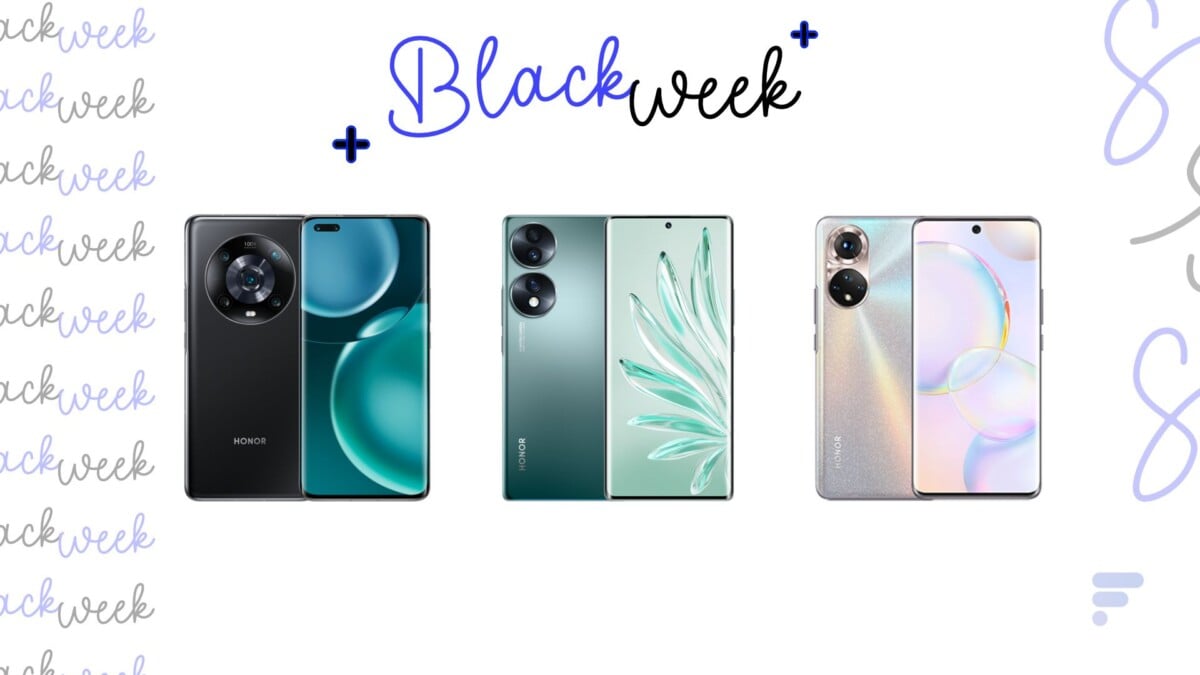 Independent since the end of 2020, Honor has returned in force to the smartphone and laptop market. In 2022, the Chinese brand showed all its know-how with top-of-the-range models, which combine performance, photo quality, elegant design… and very good value for money.

Honor has also focused on perfecting the ecosystem linking the different types of products it offers. Whether on a smartphone, PC or tablet, the interface of its devices makes it possible, for example, to easily share (and without the slightest cable) files between its devices, or even to answer a call from its smartphone from its PC.

Until November 30, for Black Friday, Honor is offering great discounts on its flagship products. Here is our selection of the best offers of the moment:

Launched this year, the Honor Magic4 Pro is the flagship of the Chinese firm for 2022. There is no shortage of argument, starting with its 6.81-inch curved AMOLED XXL screen with a definition of 2848 × 1312 pixels and with an adaptive 120Hz refresh rate. 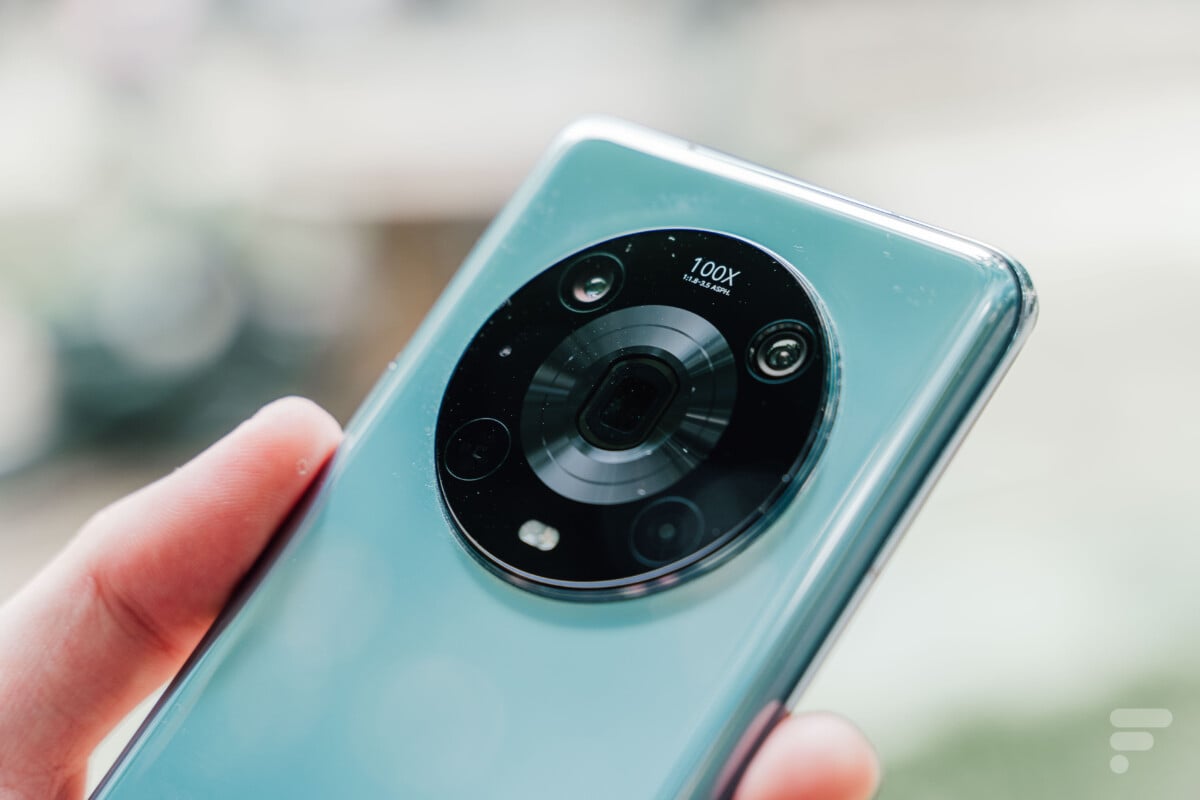 At the back, its emblematic circular photo block accommodates a very premium configuration with:

a 50-megapixel main sensor; a 50-megapixel ultra-wide angle that also acts as a macro; a 64-megapixel periscopic telephoto lens capable of zooming ×100 digitally and ×3.5 optically, but also associated with an optical image stabilizer; a dual front sensor, the first of 12 megapixels for selfies and the second dedicated to facial recognition.

High-end smartphone requires, the Honor Magic4 Pro is equipped with a Qualcomm Snapdragon 8 Gen 1 chip, the most efficient of 2022 on Android devices, and 8 GB of RAM. As a bonus, this smartphone offers ultra-fast 100 W charging (wired and wireless) for its 4600 mAh battery.

On the occasion of Black Friday, Honor is displaying a nice discount for its Magic4 Pro, which sees its price drop from 999.90 euros to 849.90 euros.

Just launched last September, the Honor 70 occupies the mid-range of the Chinese brand’s catalog. This new smartphone is especially praised for its successful configuration in terms of photography with: 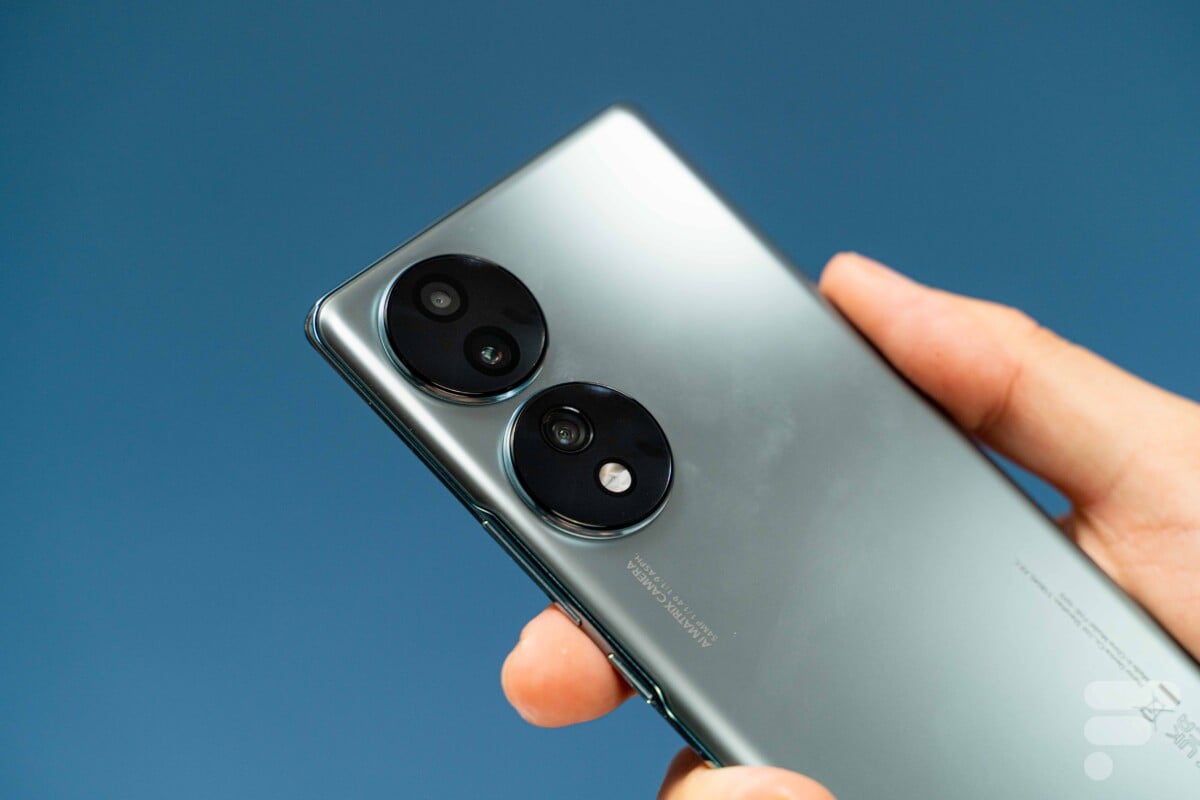 Honor has also taken care to add a whole series of interesting features for videos, including the Solo Cut mode tailored for social networks, which allows you to take two videos simultaneously, one taking the scene as a whole, and the another making a close shot of a person in the scene.

The Honor 70 benefits as a bonus from a large 6.67-inch AMOLED FHD + screen with a refresh rate of 120 Hz. However, the smartphone remains thin and light since it measures only 7.91 mm thick for a weight of 178 grams. On the performance side, it is powered by a Qualcomm Snapdragon 778G + chip compatible with 5G and supported by 8 GB of RAM. The 66 W fast charge is also there for this smartphone equipped with a comfortable 4800 mAh battery.

During Black Friday, for any purchase of an Honor 70 at a price of 499.90 euros with 128 GB of storage, a protective case and a pair of Honor Earbuds 3 Pro wireless headphones worth 199, 90 euros are offered.

The Honor 50 benefits from a good level of equipment, starting with its large 6.57-inch curved OLED screen (Full HD + definition) with a refresh rate of 120 Hz. 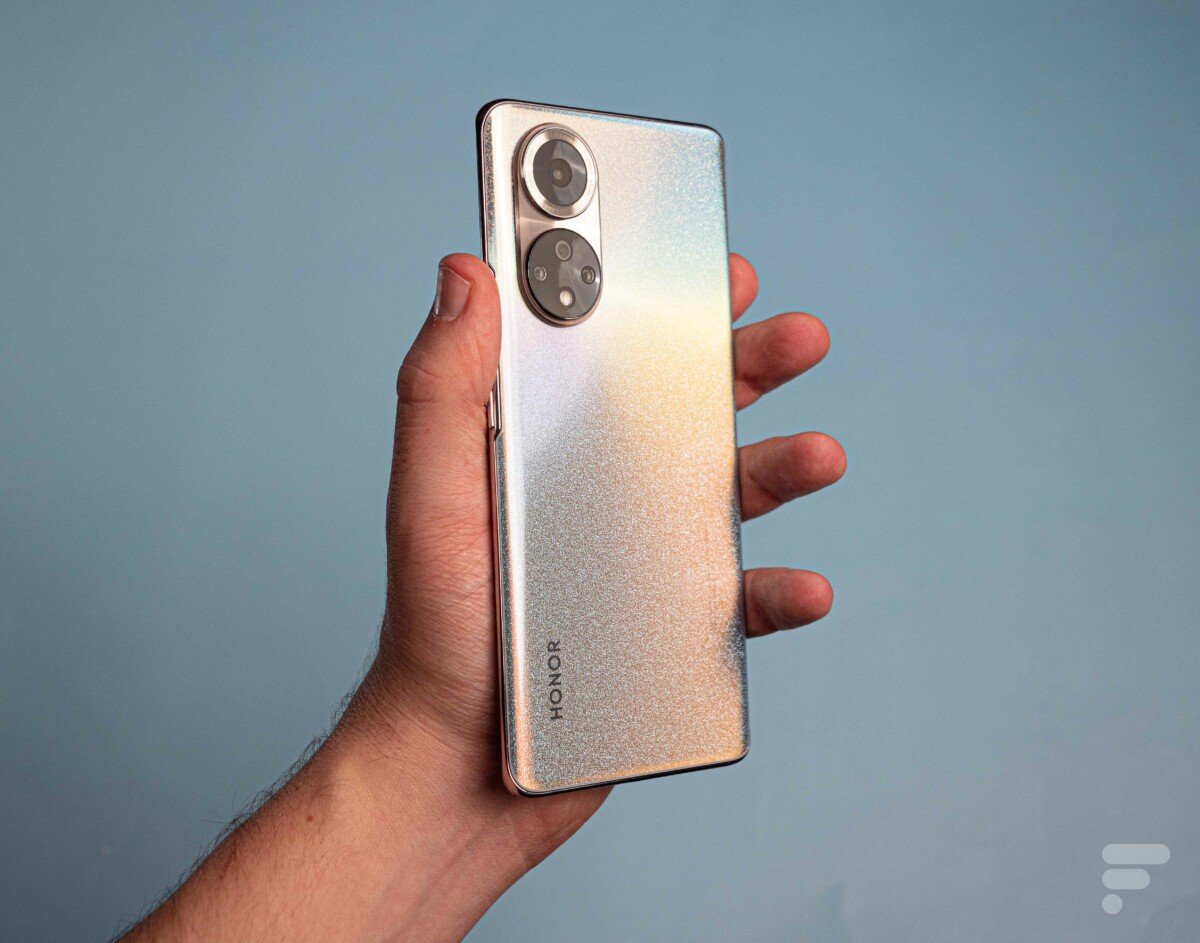 As with most of its flagship models, the Chinese brand has gone all out on the photo side and offers on its Honor 50:

As a bonus, the smartphone offers additional options for filming simultaneously with several cameras, and thus obtaining different views for the same scene.

The rest of the technical sheet is also complete with a Qualcomm Snapdragon 778G chip supporting 5G connectivity and a 4,000 mAh battery compatible with 66 W fast charging.

Well represented on the smartphone market, Honor is also developing in the touch pad segment and moreover launched its Honor Pad 8 at the beginning of the year. It is a large 12-inch slate, equipped with a beautiful 2K screen, TÜV Rheinland certified for its low blue light emission and its anti-flickering system. 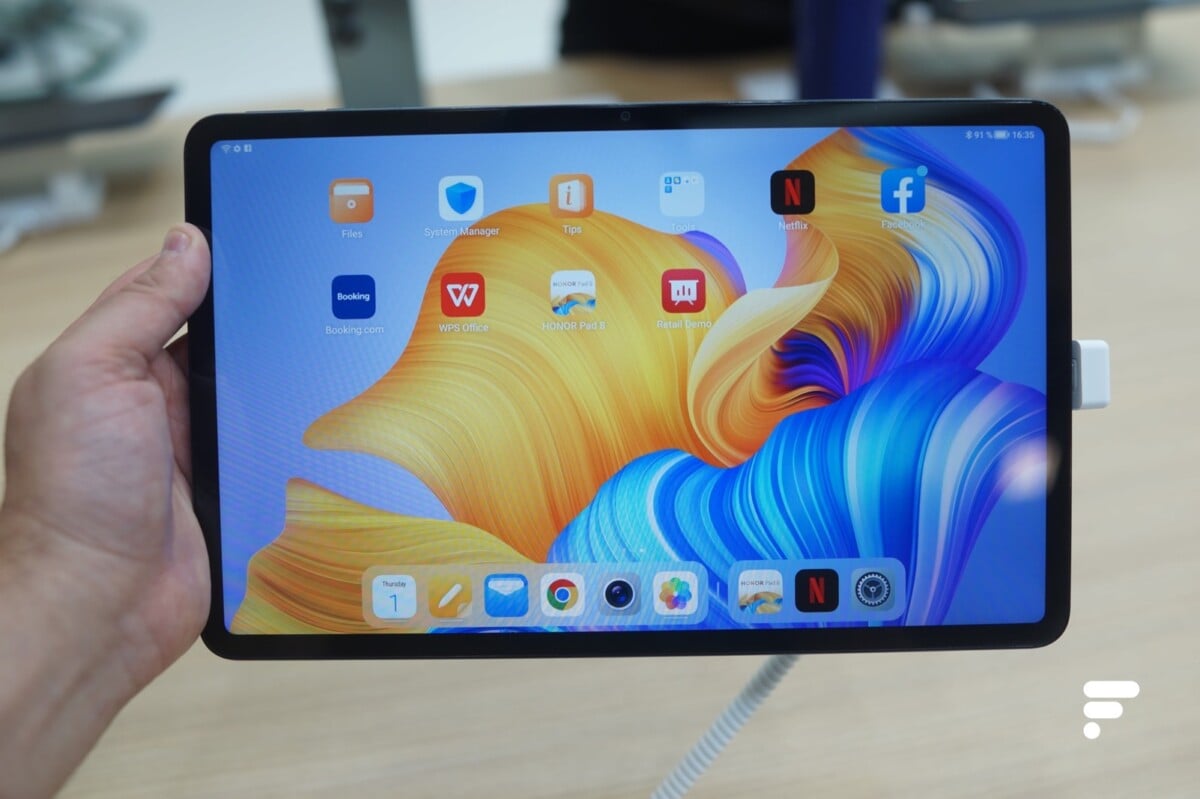 It has a good autonomy of 14 hours in video playback thanks to its 7,250 mAh battery and can be used both for leisure activities with its 8 speakers and for productivity. Running under the new Magic UI 6.1 interface designed for multitasking, the Pad 8 is also equipped with a dual 5-megapixel front and rear camera, to which is added a voice optimization system to be better heard during video calls. .

The MagicBook 16 is one of the most capable laptops recently launched by Honor. Perfectly suited for productivity, this computer powered by an AMD Ryzen 5600H processor with 16 GB of RAM and 512 GB of storage is capable of supporting long teleworking sessions. 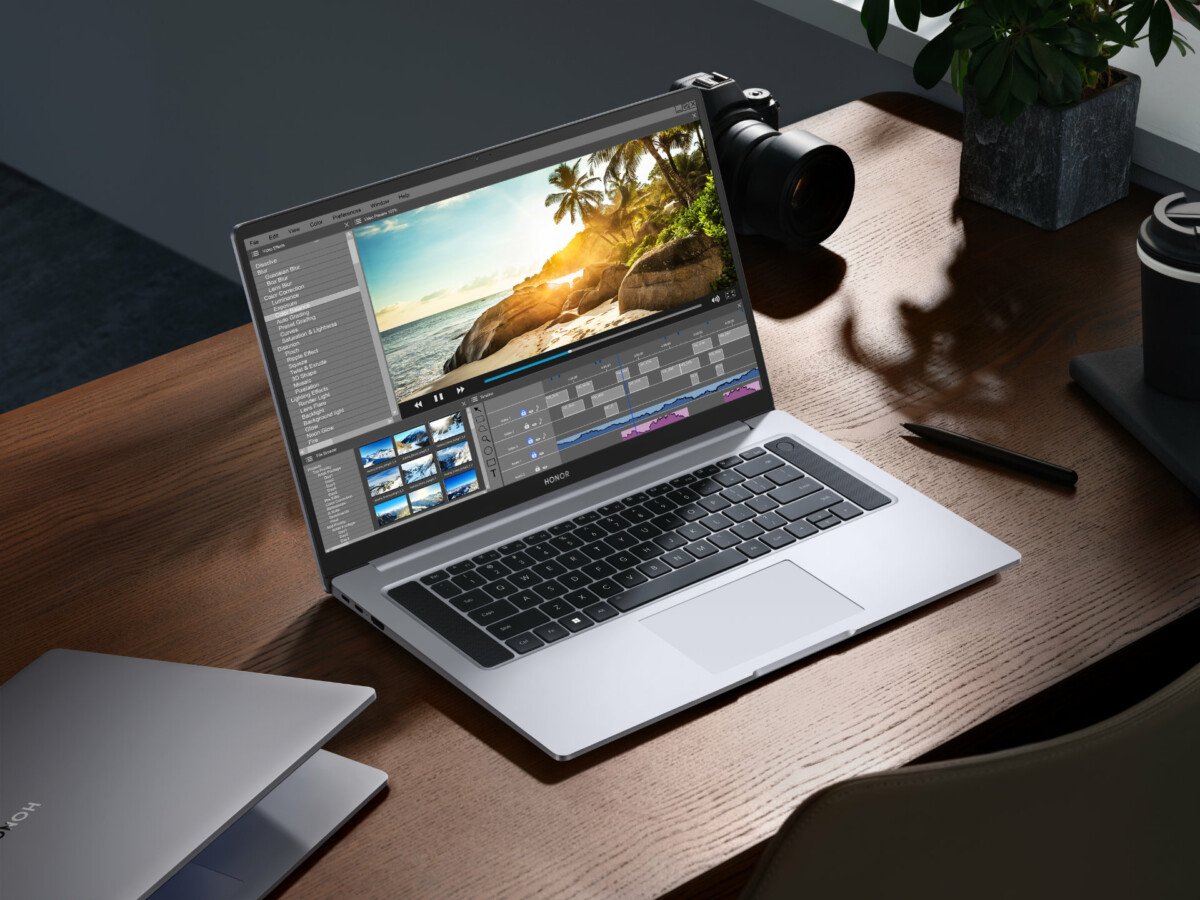 The MagicBook 16 comes with a 16.1-inch FullView IPS anti-glare screen with a remarkable 144 Hz refresh rate, ideal for gaming. It is also TÜV Rheinland certified for its low blue light emission, which allows it to be used for hours while limiting eye fatigue. This is all the more true since this laptop PC has an autonomy of 8 hours in video playback thanks to its 56 Wh battery and 65 W fast charge.

In terms of connectivity, it brings together the essentials with two USB-C 3.2 ports, 2 USB-A 3.2, an HDMI 2.0 and a headphone jack.

New Knights of Honor II: Sovereign trailer dedicated to the Kingdom of Aragon

KUCHUK: “Removal for some talk is a very bad thing”

Over the past day, the Armed Forces of Ukraine destroyed 650 invaders, 1 plane and 4 helicopters