Ragnarok – explanation and whether there will be a sequel 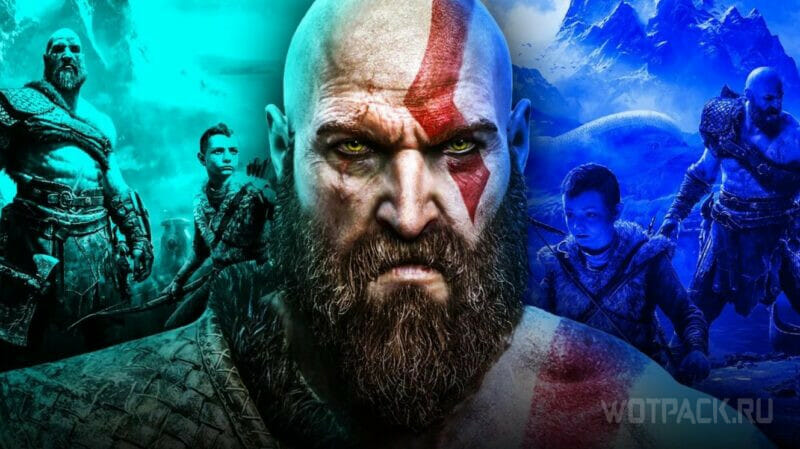 God of War: Ragnarok is an epic continuation of the journeys of Kratos and Atreus, filled with “Scandinavian” legends. Its ending is considered one of the most exciting in the history of games from Sony: there is everything – gods, sudden plot twists, frantic battles and touching memorable moments.

Next, we will analyze the meaning of the ending of God of War: Ragnarok. Let’s briefly go through the main events of the story campaign, tell you how many endings are in the game, and also discuss the continuation of the “Scandinavian” franchise. 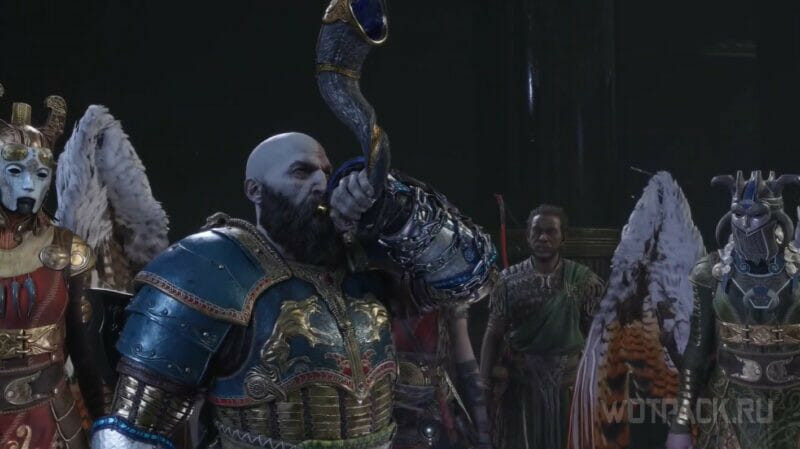 In the real ending of God of War: Ragnarok, there is a “rapprochement” of enemies and friends. Under the command of Kratos, the army of the Nine Worlds enters the battle to confront Odin. He, in turn, puts the Midgardians on the defense of Asgard, and this decision on the part of the All-Father indignant even Trud and Seth. Gradually, everyone begins to understand the true intentions of the leader of the aces. Subsequently, Thor, who decided to listen to the words of the god of war in the heat of battle, dies at the hands of his father. 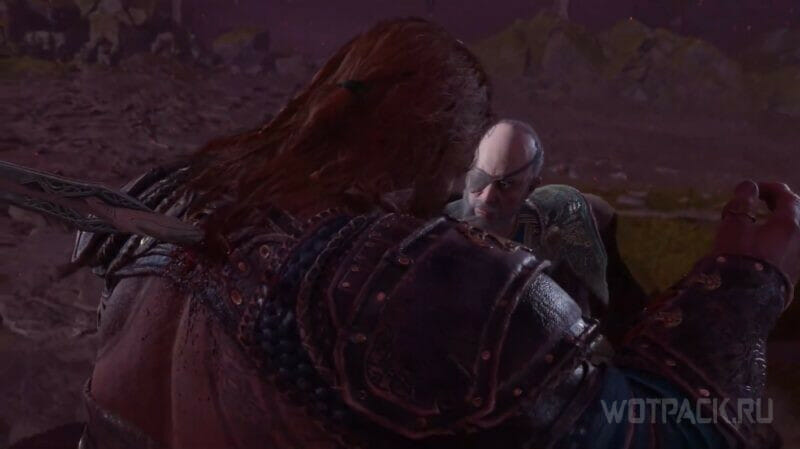 This trick becomes the “last straw” for Kratos, Atreus and Freya, and soon the battle in several stages comes to a logical conclusion – the main characters of the franchise win. Despite Odin’s last attempts to win the boy over to his side, he refuses such an alliance, breaking and throwing the mask into the gap. Ultimately, the Allfather accepted death at the hands of Sindri. 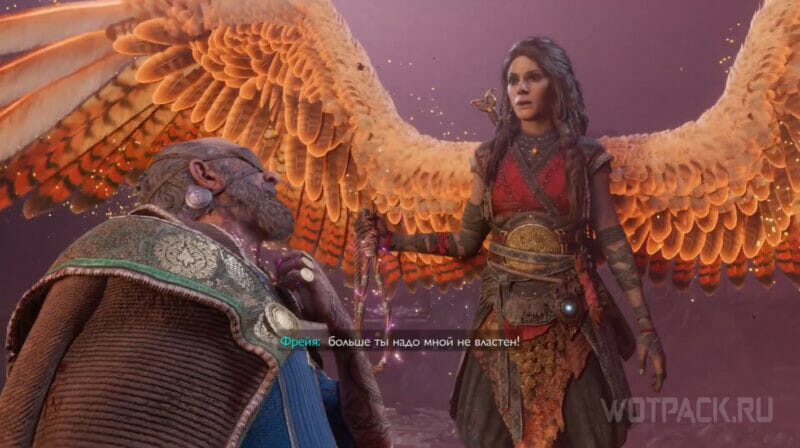 Final scene in Asgard – fire giant attack. From the deadly paws of the monster, Angrboda saves everyone, including the god of war. 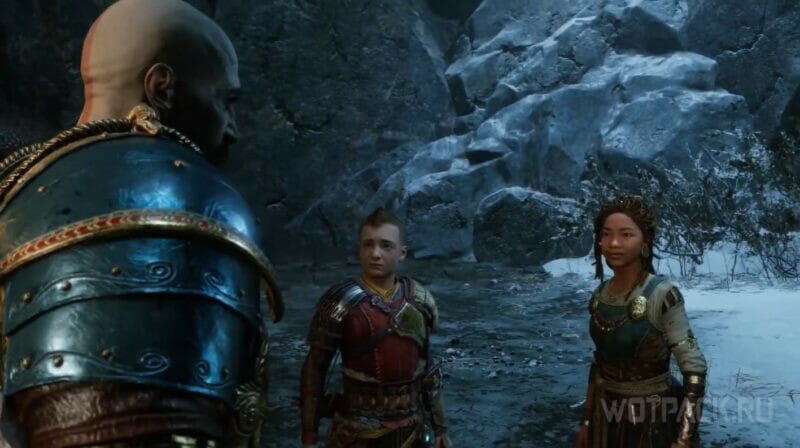 After awakening, Atreus realizes that his destiny is to return the souls of the giants to new bodies. If chapters earlier the boy refused the stones with their essences, now he has come to terms with his fate and plans to continue his journey, but this time without his father.

There is a touching farewell. The heroes find out Faye destroyed part of the prophecyso that Atreus was not constrained by knowledge and could make a choice on his own, without relying on “predecisions”. Father and son agree that this time everyone should continue their path, and promise each other to continue doing only good. 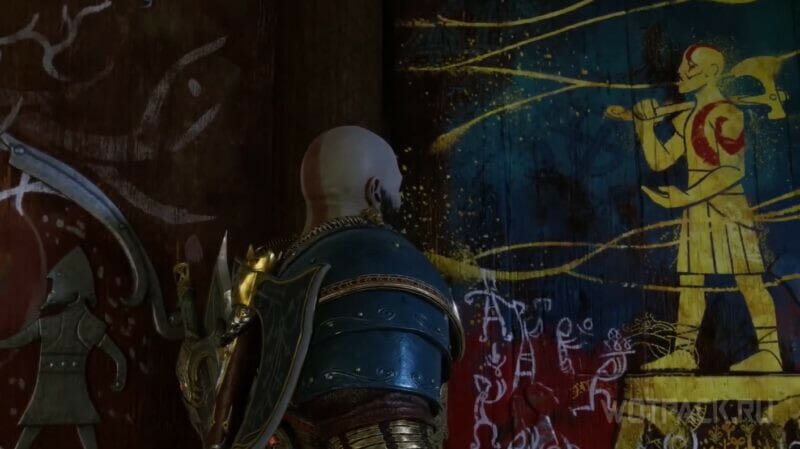 The boy leaves, and Kratos returns to the stove with a new, already changed prophecy: he will learn that he will become a god who will be honored and loved, not hated.

Many fans assumed that the Scandinavian part of the story would end with the death of Kratos. However, in reality, the developers decided to focus on a metaphorical demonstration of the death of the protagonist – the god of war.

The final prophecy is proof of this: Kratos, who previously brought destruction, is now “dead”. He was replaced by someone who is distinguished by kindness, compassion and sensitivity. Finally, he succeeded change your destinywhich could not be done in the previous parts of the franchise.

Answering the question, how many endings in God of War: Ragnarok, it is worth saying that there are two of them. realexplained above, and hidden – Can be unlocked after beating the main story campaign. After reviewing the “final” scene of the story, return to Svartalfheim and talk to Lunda on the territory of Nidavellir – you will find a female blacksmith in the tavern. From a conversation with the gnome, Kratos learns that Brock, who died during the battle with Odin in Asgard, will be buried in the Sands of Sverd. Thus, a new task will be received − Viking funeral. The purpose of the quest is to take part in a touching event that takes place in the northern part of Nidavellir (follow the quest marker). Here you will be able to interact with Brock’s body for the last time and thus watch an additional short cutscene. Completing the quest will earn the achievement “Friend’s funeral».

Will there be a sequel after God of War: Ragnarok

The finale of God of War: Ragnarok provides a clear answer about the continuation of the franchise, though it’s unclear what path Atreus and even Kratos will take in the future. Only one thing can be said for sure: God realized that he was no longer able to be considered the boy’s mentor – he taught his son everything he knew. Now everyone has their own way, and which one will be demonstrated by the developers is known only to them.

There is a general idea that the new part of God of War can take on the idea of ​​”Assassin’s Creed”, according to which Kratos will begin to “jump” through different pantheons of gods. Maybe, Ancient Egypt will become the next logical choice for revealing the legendary story – after all, the god of war, according to the prophecy, will have to “become a god who is not feared, but loved.” In the meantime, Atreus will be poisoned on “his” journey and, finally, will show what he is capable of in lonely wanderings.

The forks are many. Scandinavian mythology is clearly fading into the background. The sequel after God of War: Ragnarok is undoubtedly worth the wait, but only time will tell in what vein the story will unfold.

Write to commentswhether you liked the ending of God of War: Ragnarok and whether you will wait for the continuation of the franchise. Share your thoughts regarding future and past events in the game.

GTX 1650 becomes the most popular graphics card on Steam, ahead of GTX 1060

The authors of Life is Strange: True Colors are making a new story-driven AAA adventure

Riders Republic is on super offer at 17.97 euros for PS4 and PS5