With the Leader Pass, several additional content for the long-running strategy Civilzation VI were recently announced. The first DLC of this is now available. 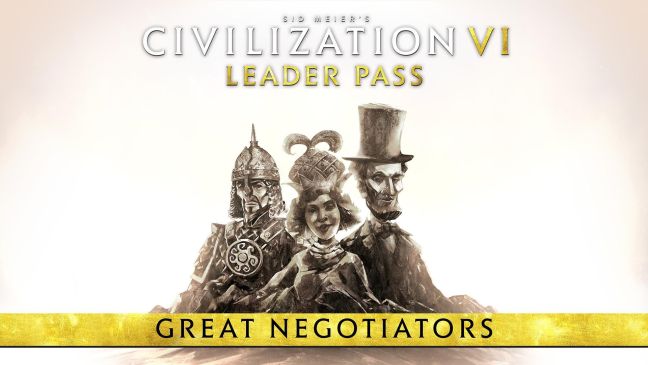 A week after the announcement of the Leader Pass, the first promised fresh supplies for the turn-based strategy game are now available. The first of the 18 promised, playable leader variants are now being included in the “Great Negotiators” DLC – including Abraham Lincoln.

As the name of the DLC suggests, you can put your diplomatic skills to the test in this pack. Included here are Abraham Lincoln (United States), Queen Nzinga Mbande (Congo) and Sultan Saladin (Arabia). The details of these characters are officially given as follows:

Lincoln catapulted the United States into the industrial age and led the Union to victory in the American Civil War. His new abilities underscore these accomplishments, as does his Union Keeper agenda, which causes him to only like civilizations with the same government type.

(Base Game) Industrial areas and their buildings grant +2 Amenity, but Plantations grant -1 Amenity.

(Base game) Players receive a free melee unit after constructing industrial zones and their buildings. The free unit does not require any resources to create and maintain; the unit gains +5 combat strength.

(DLCs Rise and Fall & Gathering Storm) Players receive a free melee unit and amenity after constructing industrial zones and their buildings. The free unit does not require any resources to create and maintain; the unit gains +5 combat strength.

Given her experience with the Portuguese, it is very fitting that Nzinga Mbande has the decolonization agenda. As such, she likes civs that stay on one continent rather than civs with cities on multiple continents.

+5 combat strength against civilizations whose capital is on another continent. Trade routes with civs on the same home continent get +20% yield, but all others -15%.

The existing Civilization VI leader, Vizier Saladin, can construct religious buildings for a fraction of the usual faith cost and dislikes leaders aligned with other religions. Sultan Saladin, on the other hand, receives bonuses to his combat and religious units, and dislikes leaders who are at war with followers of his religion.

+100% flanking and support bonus for all combat and religious units.

The other five DLC packs of the Leader Pass are to be released gradually until March 2023.

After the leak, the Leader Pass for Sid Meier’s Civilization VI has now been officially announced.

Faction battles in the eighth season of Sea of ​​Thieves

The Witcher 3: Wild Hunt is sure to leave everyone salivating

Android: its “AirDrop” is (even) faster to use