Aroged Kutai Kartanegara – Wanting to compete with Tesla, Honda has reportedly teamed up with Sony to present a new electric vehicle, with the PS5 (Playstation 5) console installed in it.

Last year, Tesla started shipping its new Model S and X vehicles with larger horizontal screens, and equipped with an AMD RDNA 2 graphics chip that its CEO, Elon Musk, touts, “literally on the same level as (with) PlayStation 5.” Although, Musk’s promises of demoing big games like Cyberpunk 2077 to running Steam in the car, still haven’t been fulfilled so far.

Knowing that there are new features that have been promoted by Tesla, Sony seems less interested in working with the electric car manufacturer from the United States. This is evidenced by a report from the Financial Times (via The Verge) which states that Sony and Honda have collaborated in maximizing the entertainment potential of electric cars. Which means, it is possible that the collaboration between the two companies will bring the PlayStation 5 console to Honda’s latest electric car model. 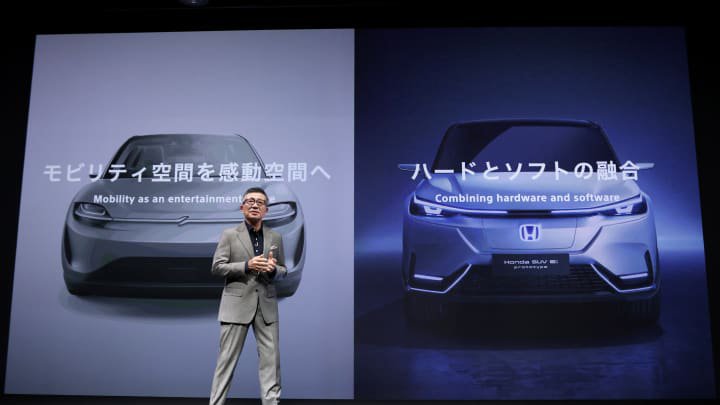 PlayStation 5 Console Inside An Electric Car

Sony Honda Mobility was founded in September and plans to build electric vehicles with entertainment such as music, movies and PlayStation 5 video games.

“Sony has content, service and entertainment technologies that move people. We adapt these assets to mobility, and this is our strength against Tesla,” president Izumi Kawanishi, told the Financial Times (via Eurogamer)

“To enjoy the space in your car, you have to make it a space where you don’t have to drive. The solution for this is autonomous driving,” he added.

That’s in line with Kawanishi, who says that adding a PS5 to a car is “technologically possible”. Yasuhide Mizuno, former chairman of Honda, said that the collaboration with Sony will be primarily content, with the aim of releasing the first car model in North America in 2025.

“We will develop the car as a piece of hardware that will serve the entertainment and networking that we want to offer.” Mizuno said.

Apart from these two car manufacturers, the addition of entertainment features in the form of video games seems to have also attracted the attention of the German car manufacturer, BMW. The company, which is known as a luxury car manufacturer, is reported to have teamed up with AirConsole to add casual games to their vehicles starting next year.

Intel On Demand: additional CPU Xeon features for a fee

God of War Ragnarok: Why is Brok blue in color?

Which Wi-Fi router to choose for an apartment: tips for choosing the right router for your home