The Spanish national team beat Costa Rica 7-0 and set a record for possession of the ball in World Cup matches.

The percentage of time the Spaniards were in possession was 81.8%. This is the best result in the history of the world championships. Prior to this, the record belonged to the Argentina national team. In the match against Greece at the 2010 World Cup, the Argentines had 80.3% possession of the ball.

In third place for this indicator is the 2018 World Cup match between the national teams of Russia and Spain. Then the Spaniards owned the ball 78.9% of the match. 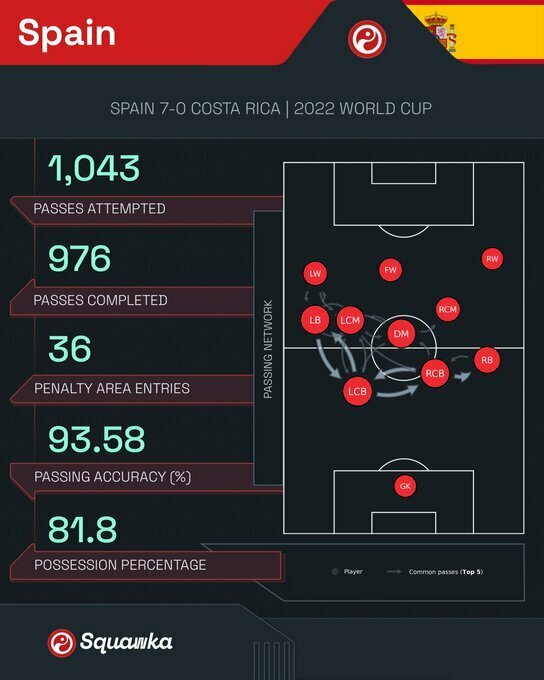 Both leaders of the men’s Superleague won another victory

Along with the legends. Neymar repeats the achievement of Maradona and Ronaldo at the World Cup

Netherlands – Argentina. Gakpo vs Messi. Starting lineups for the match