The Witcher 3: Complete Edition for PS5 and Xbox Series X/S in the trailer

The “The Witcher 3: Complete Edition” for PS5 and Xbox Series X/S is still on course. Before the planned launch in December, CD Projekt will show a trailer. There is also a recording of today’s live stream. 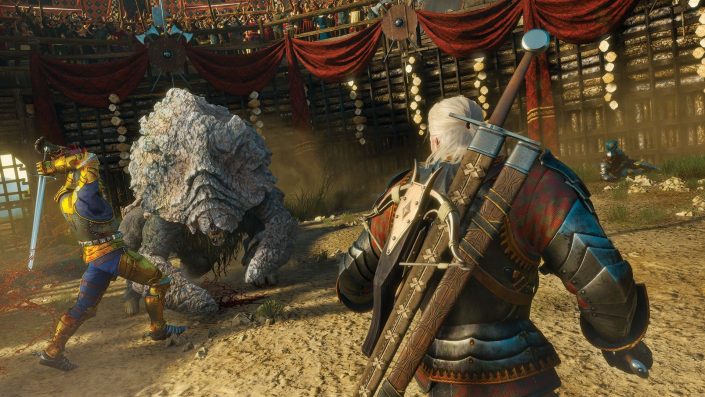 After “Cyberpunk 2077”, the role-playing game “The Witcher 3: Wild Hunt” is also being made fit for the new PS5 and Xbox Series X/S consoles. The new version is scheduled to be released on December 14, 2022.

During today’s livestream, CD Projekt shared a look at the pimped-up adventures of witcher Geralt. In addition to a round of talks, the stream gave a look at a few game scenes. A recording of the show can can be watched directly on Twitch.

A trailer for the new-gen version of The Witcher 3: Wild Hunt, called the Complete Edition, has also been released. It is embedded as a YouTube clip below these lines, shows some scenes from the role-playing game and at the end draws attention to the free upgrade and the release date.

The “The Witcher 3: Complete Edition” not only includes some technical upgrades. For example, players on the new consoles will benefit from higher resolution, ray tracing, improved gameplay, photo mode, 60 frames per second and the speed of the SSDs. The developers also lent a hand in terms of content.

Among them is an expansion based on the hit Netflix series The Witcher, which provides new weapons, accessories and outfits for selected characters.

More news about The Witcher 3:

The Witcher 3: Wild Hunt has been available since 2015 for PlayStation 4, Xbox One and PC (via Steam, Epic Games Store and GOG). A switch version has also been released in the meantime. Below is today’s New Gen trailer for viewing:

Men of War 2: the new trailer takes us to the battlefield

Black Friday 2022: here is the official date and how to take advantage of the best promotions of the year

Digital Showcase 2022: Resident Evil Showcase should be around an hour long