WoW: Blizzard’s story overview at the launch of Dragonflight

The Dragon Aspects return to the Dragon Isles after more than 10,000 years. The magical beacon of the titan keeper Tyr shows the Aspects and our heroes the way to the mystical home of the dragons. As Dragonflight launches, Blizzard is releasing a brief synopsis on the official WoW site with all the important story information players should know about the launch of the new expansion. We have selected the most important parts from the article for you and supplemented them with our own articles.

The ancestors of all dragons

The ancestors of the dragons were the proto-drakes. These primitive creatures ruled the skies of Azeroth thousands of years ago. Some proto-drakes allied with the titan keepers to protect Azeroth from the corruption of the Old Gods. These dragons later ascended into powerful dragon aspects. However, not all proto-drakes followed the path of the titans, and some even deliberately rejected their gifts. These rebellious dragons were the first primalists to favor the savage magic of the elements, that of Order.

In these lore specials you will learn more about the Titan Keepers, the Old Gods and the Dragon Aspects. 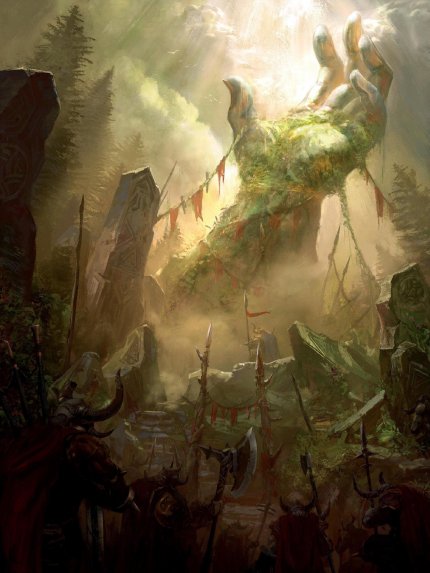 Archaedas and Ironaya set Tyr’s silver hand on his own tomb; as a souvenir of his great sacrifice in the fight against the corruption of the Old Gods. Source: Blizzard In WoW (buy now) there are umpteen sagas and legends that tell of Tyr’s bravery. However, his greatest feat was his fight against his brother Loken. Loken was a titan keeper who fell to the corruption of the Old God Yogg-Saron. It was Tyr who uncovered Loken’s treachery and stole the Discs of Norgannon from him in order to protect the titan knowledge within from the forces of the void. Upon learning of the robbery, Loken unleashed the powerful C’Thraxxi on his brother. These monstrous creatures served the Old Gods as powerful generals during the Black Empire. The C’Thraxxi who followed Tyr and his titanforged were named Zakazj and Kith’ix.

Loken’s hunt was successful. The C’Thraxxi caught up with the titan keeper and his companions in a clearing. Knowing that fighting Loken’s army was futile, Tyr challenged the C’Thraxxi alone so Archaedas and Ironaya could escape with the Discs of Norgannon. Legend has it that the battle lasted six days and six nights, and the air was thick with arcane magic and shadow. Tyr finally unleashed a gigantic arcane explosion that killed Zakazj and the Guardian. Kith’ix escaped badly wounded and was not seen again for millennia. Her story is later told in WoW in the Holy Paladin and Shadow Priest artifact weapon quest lines.

After Archaedas and Ironaya secured the artifact, the two Titanforged returned to the scene of the battle. They finally found Tyr’s lifeless body in a huge crater that crackled with arcane magic. In honor of her fallen friend, Ironaya named the clearing around the crater “Tyrs Fall”. We know this area today under the name Tirisfal Glades. The titanforged buried Tyr and adorned his tomb with the silver hand that the giant Jotun once forged as a prosthetic for the keeper.

Tyr was a great friend of dragons. While his brother Odyn despised primitive life, Tyr protected the flora and fauna of Azeroth and even allied with five proto-drakes who later ascended to the Dragon Aspects. As an heir, Tyr left a magical artifact to aid the Dragon Aspects in times of need. 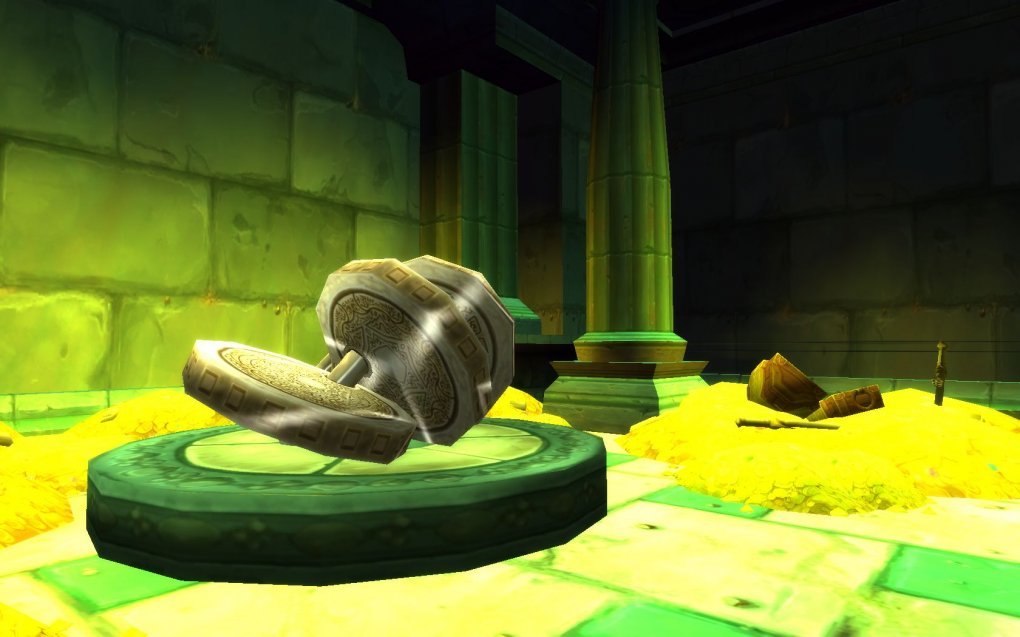 The Dragon Aspects need the Records of Tyr to renew their power. Source: Buffed

Upon her return to the Dragon Isles, Alexstrasza learned of said artifact that the Earthen hid in Uldaman before Tyr’s death. These are magical discs on which Tyr recorded all of his knowledge of the creation of the Dragon Aspects.

Right at the beginning of Dragonflight, Alexstrasza asks our heroes for help and sends an expedition into the depths of Uldaman. Our task is simple: we should recover Tyr’s artifact and return the disks to the dragons. But when we reach the room where Tyr’s memories are kept, the Infinite Dragonflight appears out of nowhere and snatches the records from under our noses. It is a mystery what the Eternal Dragons intend to do with the Disks of Tyr. All we know so far is that Murozond, the evil image of the Time Warden Nozdormu, has something to do with the robbery.

WoW: Can we save Nozdormu in Dragonflight?

The Eternal Dragonflight takes center stage in WoW: Dragonflight. Will the bronze dragons be able to fend off their enemies?

WoW: Guardians of Time – Story of the Bronze Dragonflight

With WoW: Dragonflight, the bronze dragons return to their ancient homeland. What challenges will they face on the Dragon Isles?

Nozdormu, the aspect of the Bronze Dragonflight, plays an important role in Dragonflight’s story. He awakens the Forbidden Island and the Dracthyr from their long slumber. The small island was created by Neltharion, the Earth Warden, as a training ground for his ultimate soldiers, the Dracthyr. These dragon warriors are the result of Neltharion’s secret research before he became the Aspect of Death. If you want to learn more about the Warden of Time and his mission, watch the Dragonflight: Legacies short film series and read our Bronze Dragonflight lore specials.

Series storm on Netflix! Most viewed

How many subscribers does Xbox Game Pass have? Sony revealed it to the UK antitrust

Starfield: Xbox suggests that the RPG is not of interest to many players, it is right that it is exclusive

Messi will be released, and Mudrik will be bought. PSG joined the race for the Ukrainian

Twitter banned in Europe because of Elon Musk: the maddening call to order from the EU!

PlayStation Plus November 2022: a wave of free bonuses for free to play is available